It is the highest civilian honor and confirms to retain his position as a ‘global leader’. Modi received it during his visit to UAE’s capital Abu Dhabi.

Before leaving for his visit, Modi mentioned the probability in a statement.  He said, “I also look forward to jointly release the stamp to commemorate the 150th birth anniversary of Mahatma Gandhi along with His Highness the Crown Prince. It will be an honor to receive the ‘Order of Zayed’, the highest civilian decoration conferred by the UAE government, during this visit.”

A post on Modi’s website addressed, “The award acknowledges that PM Modi is working for everyone in a diverse country having people with different religions, languages and cultures,”

Why This Decision Seems Hypocritical From UAE’s side:

This act from UAE’s seems like a slap to the face for most Muslim nations. This is because of the current destructive decision of the Indian government. India’s unlawful act of abolishing article 370 that gave Kashmiri’s a special status has resulted in the on-going chaos of the region. People are hanging onto their lives because of the brutality ensured upon them through the atrocities of the Indian army. Not to mention, a good portion of Kashmir consists of a Muslim population. This is also why Prime Minister Modi doesn’t bat an eye at the inhumanity currently practiced in the region. Hence, this decision of the UAE government to gift such a prestigious award to a leader that goes against Muslims appears hypocritical and selfish. 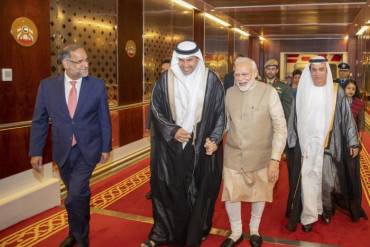 MBZ took to Twitter to mention the gifting of the medal to the Indian Prime Minister. He stated, “We have historical and comprehensive strategic ties with India, reinforced by the pivotal role of my dear friend, Prime Minister Narendra Modi, who gave these relations a big boost,”

The Uae’s ambassador to India mentioned Kashmir to be an internal issue for India and shouldn’t have a connection here. However, all actions in favoring the Indian government has severe consequences for the people of Kashmir. It isn’t a simple issue to be cast aside as an ‘internal matter’. This gesture of strengthening ties with India can have a profound effect on the citizens of Kashmir. But no country seems ready to admit that yet.

Many activists are using their platforms to call out this concern. Moreover, Twitter is raging because of the decision and Pakistanis are boycotting their trips to the UAE. In the end, every country looks around for their own benefits while ignoring the fact that innocent people are dragged in between. Even a Muslim country couldn’t look ahead to support their own people; which is a shame. 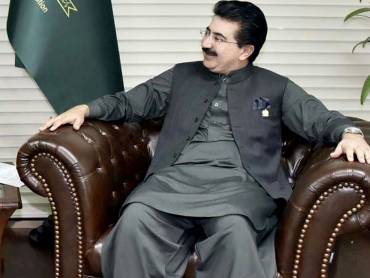 Chairperson Senate Sadiq Sanjrani cancels his scheduled visit to the UAE after the Indian Prime Minister had been given the reward. Apparently, he was supposed to embark on a four-day visit. However, after this concern, Sanjrani believed it to better to avoid the trip. It remains as a gesture that is committed in favor of the people of Kashmir. The Senate also mentioned that the Indian government’s conclusion on the Kashmir issue is unforgivable and has resulted in the disorder of the region. Hence, he called off the parliamentary delegation visit to the country. This decision is receiving praise from all over Pakistan.

What do you think of the situation? Do you think that it is right on UAE’s side to honor the Indian Prime Minister Modi with such an award despite the Kashmir tensions? Share your thought using the links below.