Today, the United Arab Emirates (UAE) successfully launches its first space mission from the southern tip of Japan for the planet Mars. The spacecraft called ‘Hope’ took off from Japan’s Tanegashima Space Center at 6:58AM (their local time).

A live feed of the launch was shown to the people. Almost exactly one hour later, the feed showed people applauding in the Japanese control room as the probe successfully detached.

Moreover, in Dubai, the launch was met with rapturous excitement. UAE Mars mission’s deputy project manager Sarah al-Amiri declared it ‘an indescribable feeling’ to see the probe blasting off. “This is the future of the UAE,” Amiri, who is also minister of state for advanced sciences, told Dubai TV from the launch site.

The launch was broadcast live

However, the final 10 seconds prior to launch were broadcast in Arabic for the first time. The mission was not without its hiccups earlier in the week, when weather in Japan forced the launch to be delayed twice.

“Just before the launch, there was pin-drop silence,” Faraz Javed, a reporter at the Mohammed bin Rashid Space Center, said. “Once the rocket took off there were cheers, there was joy, I actually even saw people crying,” he said. 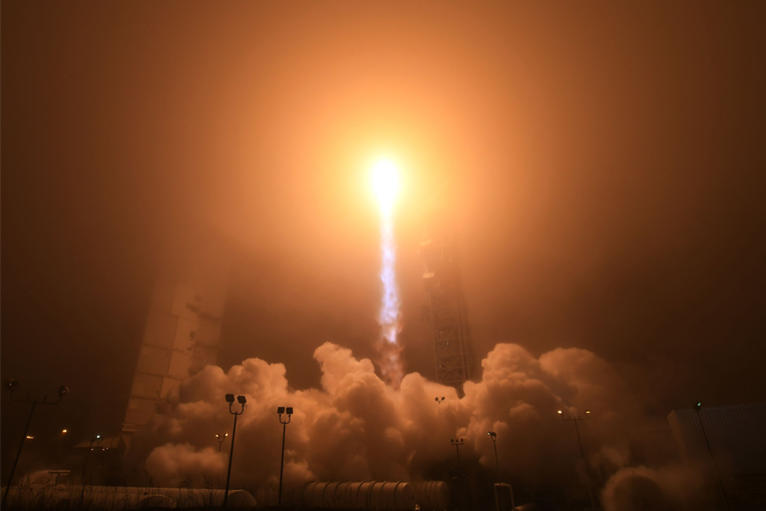 Reportedly, the rocket punched through the blue to the upper layers of the atmosphere, and the first stage boosters separated cleanly. At around 3:55 p.m. PT, the Hope probe separated from the Mitsubishi rocket booster to light applause from the launch center in Japan. The separation placed the car-sized probe into a transfer orbit that will now carry it around 500 million kilometers to the red planet.

The spacecraft is destined to take up residence in Mars orbit. It will study the dynamics in the Martian atmosphere on a global scale.

On the other hand, on July 30th, the US and Europe will launch the Mars 2020 mission. It’s designed to touch down on Mars in February 2021 and collect several dozen samples from promising sites.