Respect for parents is a salient feature of Eastern cultures; since an early age, we’re taught unquestioning obedience, and we’re taught that parents’ instructions and advice can never be wrong.

This in no way is meant to undermine the Herculean efforts (physically, financially and emotionally) that parents put in to raise a child. But this is meant to highlight the one shortcoming on their part in playing the role of a mentor; the fact that they see a child standing up for himself as being merely disobedient and rebellious.

Our dramas play a notorious role in consolidating this particular mindset, among many others.

Coming across a specific episode of one such serial by the name of “Abroo”, was a tormenting experience.

The guy is in love with someone else, but can’t bring himself to break the news to his controlling mother.

The result of weeks of pressure that his mother exerts on him to marry the cousin?

He elopes with his girlfriend.

Let’s also add in a couple of our other favorite stereotypes to create the perfect recipe: the girlfriend is a mean, disrespectful, bordering on greedy person, while the cousin is the embodiment of desi “girls just bow their heads down and do not harbor opinions” values.

Now obviously, the “beizzati” that the family faces is heart wrenching. We see how relatives and neighbors taunt the poor family, and how they feel miserable and broken after their son’s ‘shameful’ act.

Let’s dissect that; a person runs away from the comfort of home and family, because his parents are throwing him into a relationship he really doesn’t want to be in. His opinion on something that concerns his entire life has no value whatsoever.

The serial has some important lessons to advocate:

1. If your parents unjustly command you to give up on your love (or a passion, for that matter), you standing up to it will bring your family shame and disgrace.

No one really cares about your happiness here; you mustn’t either.

2. When you elope, or defy your parents in any another way, you will definitely face hard times, both emotionally and financially, because that’s the price you pay for breaking the hearts of your loved ones.

So for future reference, the only heart you can afford to break is your own. 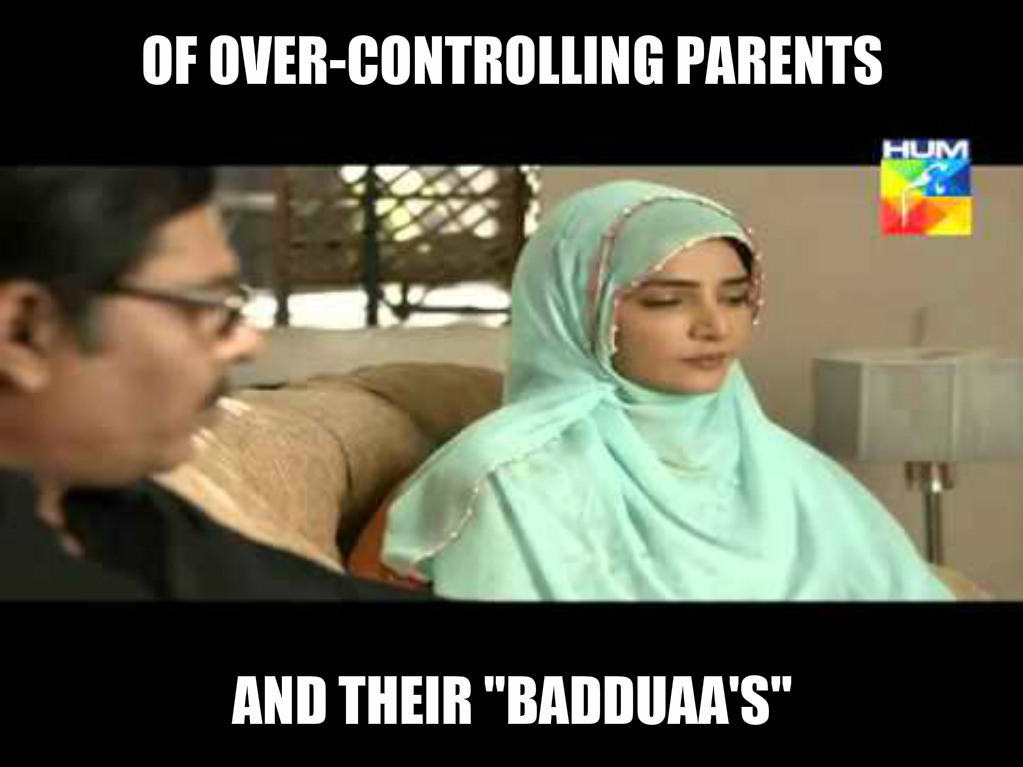 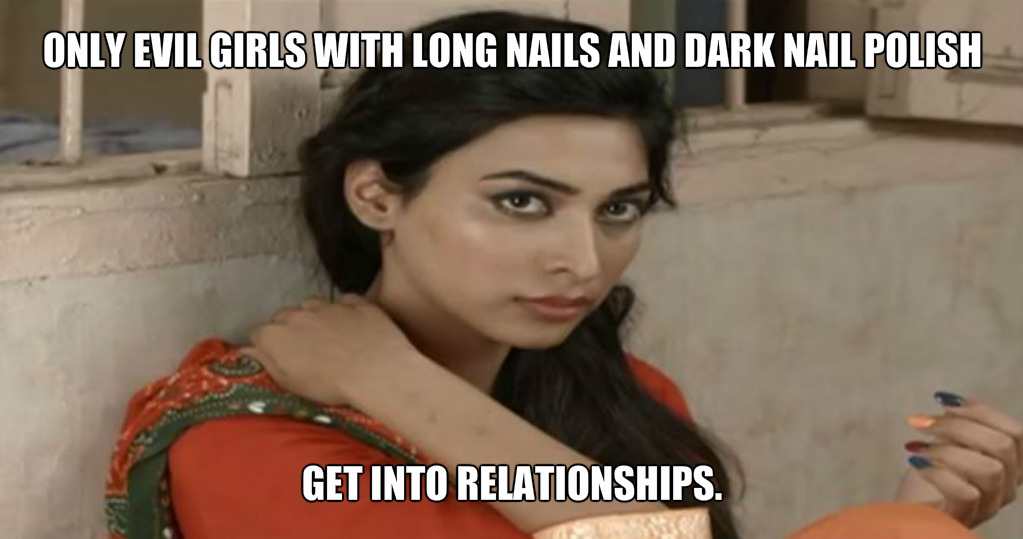 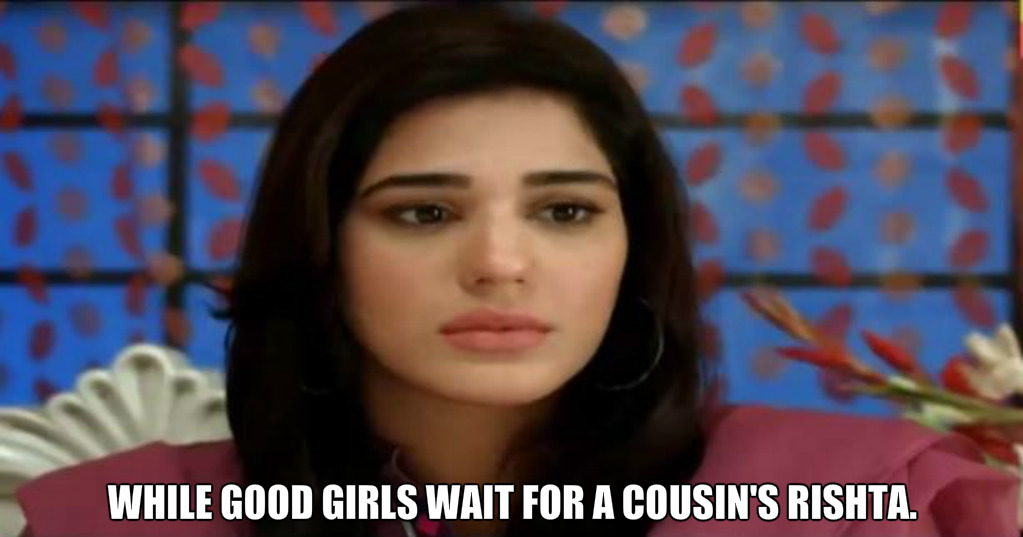 For the one hour that the episode was on TV, my parents would occasionally turn to stare at me with “That’s what happens when you go against parents” gaze.

And it was then that I realized how these serials consolidate the misplaced standards that many of us are constantly having to battle against. They play on stereotypes, they epitomize the love for categorization into black and white that the Pakistani society thrives upon, and they grill the familiar, hypocritical notions into the minds of the masses; all for viewership.

We’re being taught that we can’t respectfully disagree with our parents’ views, that their opinion can’t be incorrect (defying the very definition of the word opinion), and that happiness lies only in following their wishes.

It is leaving no space, in the minds of both children and parents, to allow the possibility that as humans, parents can sometimes be wrong too. Or that as an individual, it is a person’s right to stand up for what he believes will make him happy, be it a relationship or a career.

With a million dramas like these running on a million different channels, it is no wonder that conservatism, conformity and intolerance have become the telling features of our society.

Also See: This Is How All Pakistani Dramas Are The Same!

Parhlo People: Syed Jamal Badshah A Legend In His Own Right
Evolution of Love: From ‘Khoon K Khat’ To ‘Sasta Aur Tikao Gifts’
To Top