Types of Students You Can Find In Any Pakistani University 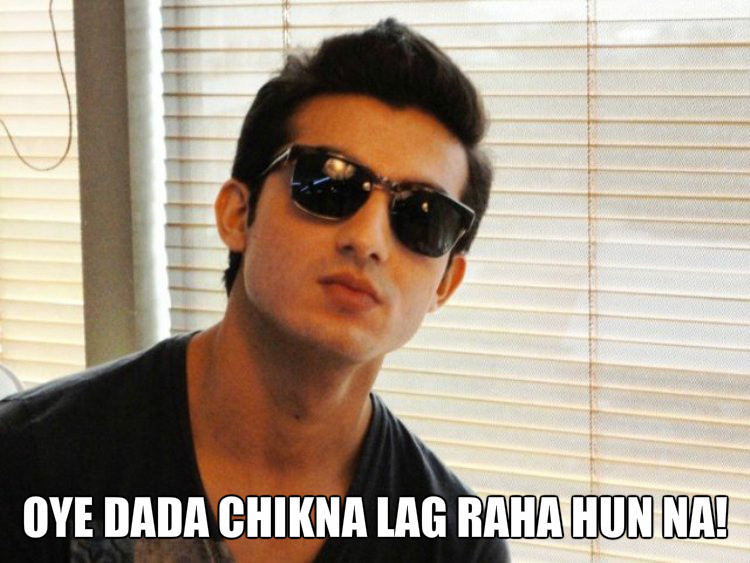 They camouflage as an innocent looking group of students talking about the weather keeping an eye out for their target and soon as the target is acquired they descend on him/her like a swarm of flies. And what do they want ? They want last night’s assignment or last week’s case study. They will claw at you and rip you apart till you relent and let them copy .

This person feels an obligation to respond to everything with poorly timed and poorly executed lame jokes that makes you want to boil over with rage. Puns are their specialty and they leave no stone unturned in making the entire student body hate them . If looks could kill , this person wouldn’t have lasted a second.

3. The Person whose livelihood relies on treats

Just like Voldemort pops up every time to ruin Harry’s happiness , this person has the tendency to appear as soon as something good happens to anyone. They stick to you like leeches until you feed them with extravagant meals . You got a car ? They want a treat. You got good grades ? They want a treat . You barely passed ? They don’t care , they want a treat anyway.

Just as Jon Snow knows nothing , this person has no idea of what’s happening in the class. Tests , exams , assignments , they don’t have any idea about these things . They exist in a dazed reality like members from the Walking Dead. You have a quiz ? You have to let them know the topics , the date , give them pen and the paper on which they will attempt the quiz. You can know by looking at them that the wheel is turning but the hamster is dead.

5. The Joffrey Baratheon’s of real world

Like King Joffrey , every moment of your university existence is tormented by these type of people . They are the most hated type of students but thankfully they are an endangered species . These type of people are the ones who want the teacher not to go off topic and focus solely on studies , they remind teachers about quizzes and assignments they have forgotten and regurgitate exactly what the teacher says. Some even have the trait that they let the whole universe know about their good grades in excruciating detail . Their enthusiasm about studying makes you question their mental state.

They won’t recognize you for rest of the 365 days but when it comes to exams , they are your best friends. They hover around you acting like you guys have been joined at the hip from birth.They have a crazed look in their eyes , with their pens poised ready to follow you on whatever path you go. You become the Mr.Miyagi to their Karate Kid.

He is the guy behind every girl’s DSLR Facebook display picture. He can be seen with a different girl every week or the in a swarm of girls but the whole university knows that he is the Ser Jorah to every girl’s Daenerys.

Also See: 7 Reasons Why Everyone Should Have A Punjabi Best Friend!

Also See: 14 Types Of Pakistanis You Will Meet At University Abroad