Love me or hate me, both are in my favor. If you love me, I’ll always be in your heart and if you hate me, I will be in your mind. – Qandeel Baloch (late)

Fouzia Azeem a.k.a Qandeel Baloch was murdered in the name of honor by her own brother on 15th of July, 2016. She was a huge social media sensation. Her surreal rise and popularity became the talk of the town. Following her tragic demise, a drama serial “Baaghi”, based on her life story has been made and it has amassed immense popularity. 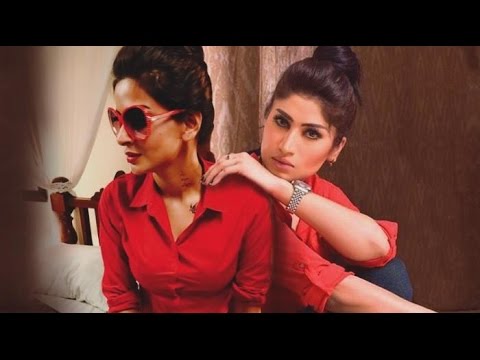 But who was Fouzia Azeem? Baaghi tells us the story of how society turned Fouzia Azeem to Qandeel Baloch. A village girl from Punjab was anything but ordinary, had a charisma and wit, which partly became the reason why people found it hard to handle her.

Drama serial Baaghi tremendously depicts a much sought-after story and opened to so many truths we were blinded to. Most importantly, it depicted how, the society, on the other hand, conspired all along.

1. People want to manipulate headstrong yet naive women who have remote understanding of what they are getting into and pushed into

2. It depicts the dynamics of “had haraami” in families where members rely on what a woman earns and in return, treat her like crap

In her case, it was her own brothers.

3. Hypocrisy: the conversion of Fouzia to Qandeel and society forced her to exist on her charm as a seduction artist but was never ready to accept her for it

4. Zero empathy: none bothered to walk in her shoes, dig deeper, place them in her position and think what really got her there

It was normal practice to bash her after viewing her Instagram videos. It was easy to reach the top comment on her post with a rhetorical rant of righteousness. Did anybody ever ask what led her there?

5. Society took part in making her Qandeel Baloch and let go of her

6. Women are unable to express their opinions – when they do, they face the wrath of society’s ego

This point is perfectly portrayed in a scene where she’s slapped by her brother after she picked up a fight with his wife. It spoke volume of how women are suppressed.

Had it not been for this drama serial, we might not have learned the truth. Bottom line is that Baaghi plays a commendable role in educating the masses and remains one of the highly anticipated shows in Pakistan.