The world of today is all about posting, digital existence, Instagramming, and tweeting. Many times, people prefer to rather go through Twitter or checking their News Feed, rather than switching on the News Channel. Social media platforms such as Twitter, Facebook, and Instagram have connected us in ways, one may have thought were impossible before.

By and by as technology is advancing, new features are hitting the market. While some are failing, some are considered as a major hit. For instance, the IOS face recognition was a major fail for many users, and many found it cool. Recently, Facebook added a new reaction, the care reacts and the world was divided on its usage and purpose. Similarly, Twitter has just now announced, Voice Tweets. As if tweeting hadn’t given enough power to the Twitterati, the voice tweeting feature will contextualize the tweeting game to a new level. 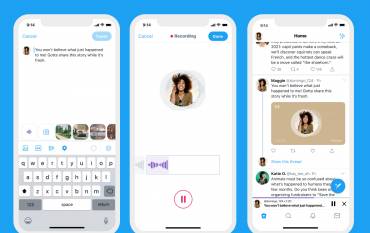 The minute the news spread and the feature came into existence, Pakistani’s are having a ball. The Lahoris accent debate is back in town and the meme fest has leveled up a notch. Although, the entire Lahori accent debate edges towards being a tad bit racist; all Pakistani’s need is humor to lighten up the situation.

The Lahori accent debate is one of the most controversial yet ongoing meme debate in the history of Pakistan. From the funny accent to the lifestyle, Lahoris and Karachites are feuding over food, to the beach to well everything.

Oddly though, the feud has taken a modest twist, as Twitter’s new update got out in the open. Lahoris are in trouble as many people use this opportunity to throw shade at them. Although the entire thing seems a bit racial at some points, the meme game is coming out strong. Some of the most spotted memes were:

Although, this may seem humorous to many, in actuality it is not only bigoted, rather it is edging towards verbal racism. For instance, defaming or ridiculing someone on their eating habits to their accent isn’t only demoralizing, rather we find it not funny at all. Surely, going through a few memes is okay, but then again, when have any of us stopped just there.

There are hundreds of examples where jokes have been made on color, caste, and creed, and no they are not funny at all. It is about time that both parachutes and Lahoris or anyone belonging from any region of Pakistan stop and focus on ourselves as one single unit or a united nation.

Although, the Twitter feature is only available for IOS users, uh-oh, it looks like, Twitter is about to get another Twitterati banter between IOS users and android users real soon. We hope the feature gets available to all without any more bigotry and racial jokes. Till then, all IOS users logon Twitter and try it out.

Foreign Minister Or Pir Baba? SM Qureshi Under Fire For Cutting Hair Of Female Murids
Meet Taqi Iftikhar – A Proud Pak-Army Cadet Who Graduated From The US Military Academy
To Top