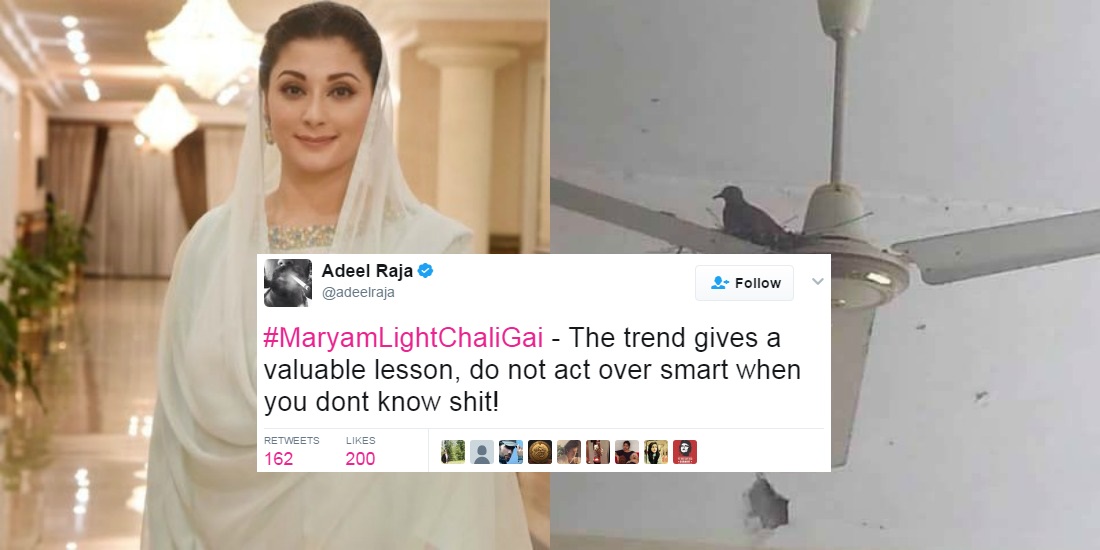 With only a year left in Pakistan Muslim League-N’s 5-year tenure, the political party has vowed to rid Pakistan from load-shedding completely. With all of us knowing that the electricity issues have drastically increased instead of decreasing, Pakistani twitterverse obviously didn’t spare our Prime Minister’s daughter.

It all started with Maryam Nawaz Sharif glorifying PML-N’s work in the energy sector, along with a couple of tweets that asked people for their district and area, if they had been getting regular load-shedding. The move seemed genuinely good until the internet blew out! Some claimed Maryam had tried to be ‘over smart’ and was now paying the price. 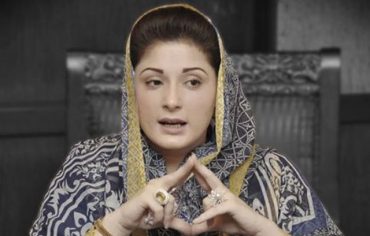 Here’s how it went down.

This was always going to serve as food for the trolls and believe me, there were not going to spare Maryam Nawaz Sharif. Out of nowhere, the trend #MaryamLightChaliGai started trending, and it spread like wildfire, soon becoming the top trend on Pakistani Twitter.

Here’s how people responded to Maryam

After #MaryamLightChaliGai presented U new WAPDA Air hostess and don’t forget to repair ur metor ???????????? pic.twitter.com/tB3rDzcBiN

#MaryamLightChaliGai Maryam Baji @MaryamNSharif 18 hours load shedding at Sialkot. Thanks for giving us an experience of grave in this life

#MaryamLightChaliGai
In #RYK load sheading duration z about 18 hours in a day what a liar nawaz, shabaz,maryam and moto gang Go Nawaz Go

Need electricity to charge the phone to even tweet u about loadshedding!#MaryamLightChaliGai

Thank you for the laptop. I’m unable to charge it though. So, what’s plan B? #MaryamLightChaliGai

Maryam Safdar’s reply to all those who are tweeting about #MaryamLightChaliGai ???????????????? pic.twitter.com/zWKr2RrkE1

Even They ready load shedding schedule for Gwadhar too, Did the Chinese know about PMLN plan?#MaryamLightChaliGai pic.twitter.com/6QpNspbiSv

As it is evident from the tweets, Pakistani Twitterverse never forgives anyone for anything. Maryam Nawaz Sharif’s plan might have backfired, but Pakistanis need to realize that she’s probably sitting in the most comfortable air-conditioned room and trying to help others — (at least that is what it’s supposed to look like).

But for now, Twitter plans to carry on the trend throughout the summer of 2017! The whole scenario is funny because, before the elections, CM Punjab Shehbaz Sharif vowed that the party would rid Pakistan of electricity issues in 6 months. Currently, the government is in its final year — but that’s none of our business. 😉

[POEM] – A Poem For a Dear Friend
Sonu Nigam Shaves His Head On An Aalim’s Call For His Comments On Azaan!
To Top