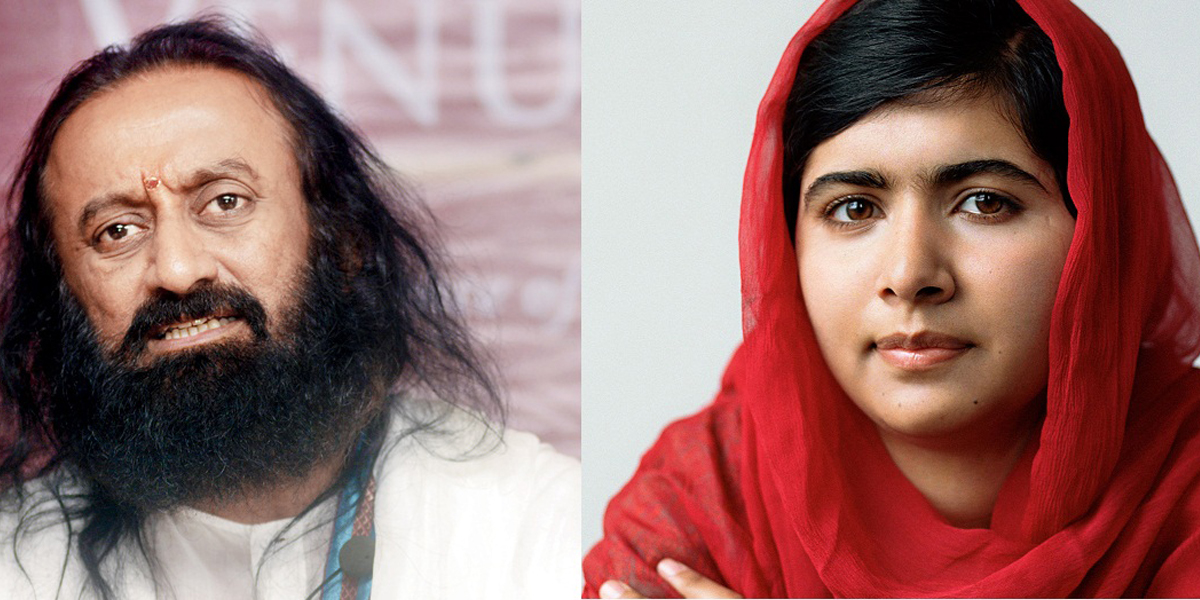 He was noted to have said to reporters, “Iss larki ne kuch bhi nahin kiya“, and that the Nobel Prize had no value, which is why he rejected it in the past.

But apparently, since then, Sri Sri Ravi Shankar has changed his mind, saying he will accept the award if offered.

But that didn’t stop the twitter trolls from digging up some dirt on the Spiritual Guru! 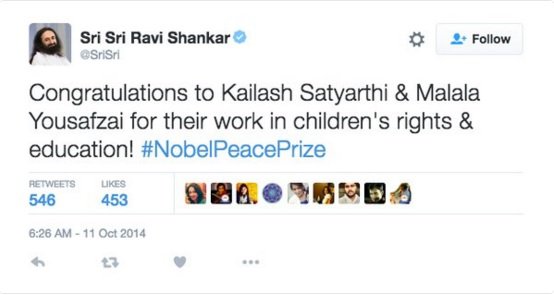 The users clapped back, calling him out on his statements!

With his jealousy for 18 yr old Malala, 59 yr old Sri Sri has once again proved: No amount of ‘Art of Living’ can make you a better person.

Some people, however, were in agreement of the Guru’s Statement

Totally Agree with @srisri on this..There r way many ppl in Pakistan who have gone thru worst at hands of terroristshttps://t.co/Cdc6ljmxWf

Either way, clearing this little misunderstanding will probably be in your best interest Sri Sri Sahib!

Johnson & Johnson Ordered to Pay $55 Million For Spreading Cancer
8 Reasons Why Young Guys Are Into Older Women!
To Top