Twitter Reacts Hilariously to PTCL after a Terrible Internet Nightmare! 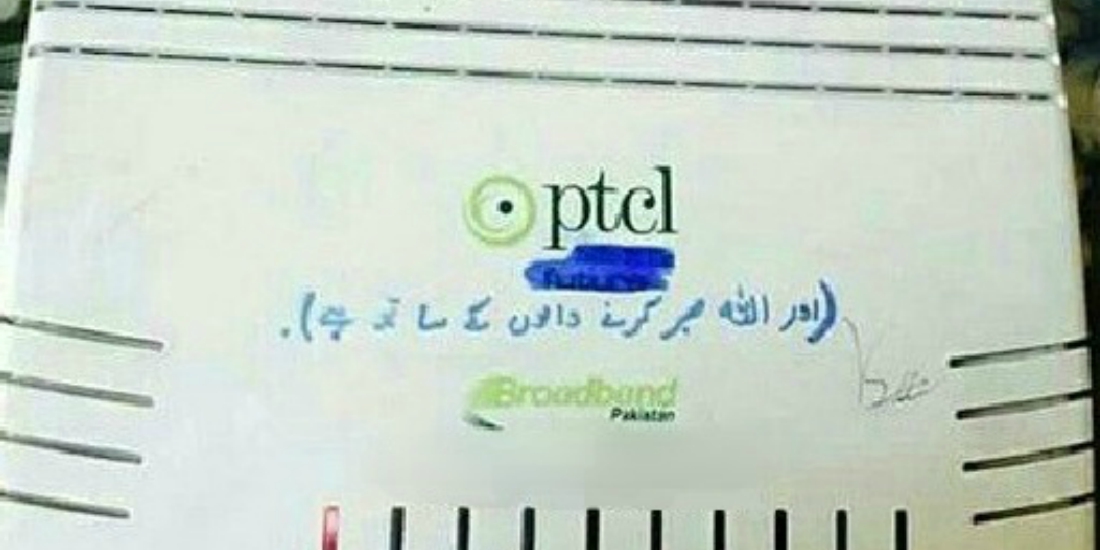 It is still widely believed that love is the oxygen of life but it is mistaken for sure because, in the 21st Century, it’s the internet. The Internet is by far the most essential and exhilarating invention. It’s the core basis of other technological advancements. The use of internet has been integrated into our lives to an extent that it has become everyone’s first love for the incalculable information it can provide us.

The globe has turned into a small town after the innovation of the internet which has brought together all the people. It is the primary means of entertainment because of its low-cost advantage and easy access. In this millennial age, it has proved itself of being a mandatory element. Life without the internet is “unbelievable” or in other words, people would still have been living in stone age while lighting a fire with the rocks or speaking the gibberish language. Living in a country like Pakistan it is rightly said that home is where the WIFI connects, automatically.

When your main internet #PTCL is down but your back up internet is working all fine: pic.twitter.com/JiObMADxem

Yesterday, All of Pakistan was in misery when the internet was down. This is to all the misfortunate’s who choose to buy the PTCL connection. It seemed like a normal up and down as PTCL always keep facing speed issues. However, this issue was not restricted to any city, area, or district, it was across the state. Soon as the news started to get rage, it was reported through several forums that:

Internet services throughout Pakistan were affected by the mishap that took place in the international undersea fiber cable of IMEWE near Jeddah. Pakistan telecommunication authority (PTCL) is the major provider of internet connectivity to domestic users & offices all over Pakistan. Their General Manager, Imran Janjua said that the fault will be repaired in some time and the technical support team is already considering it. Moreover, a text message to the subscribers of PTCL internet users has been sent which says: 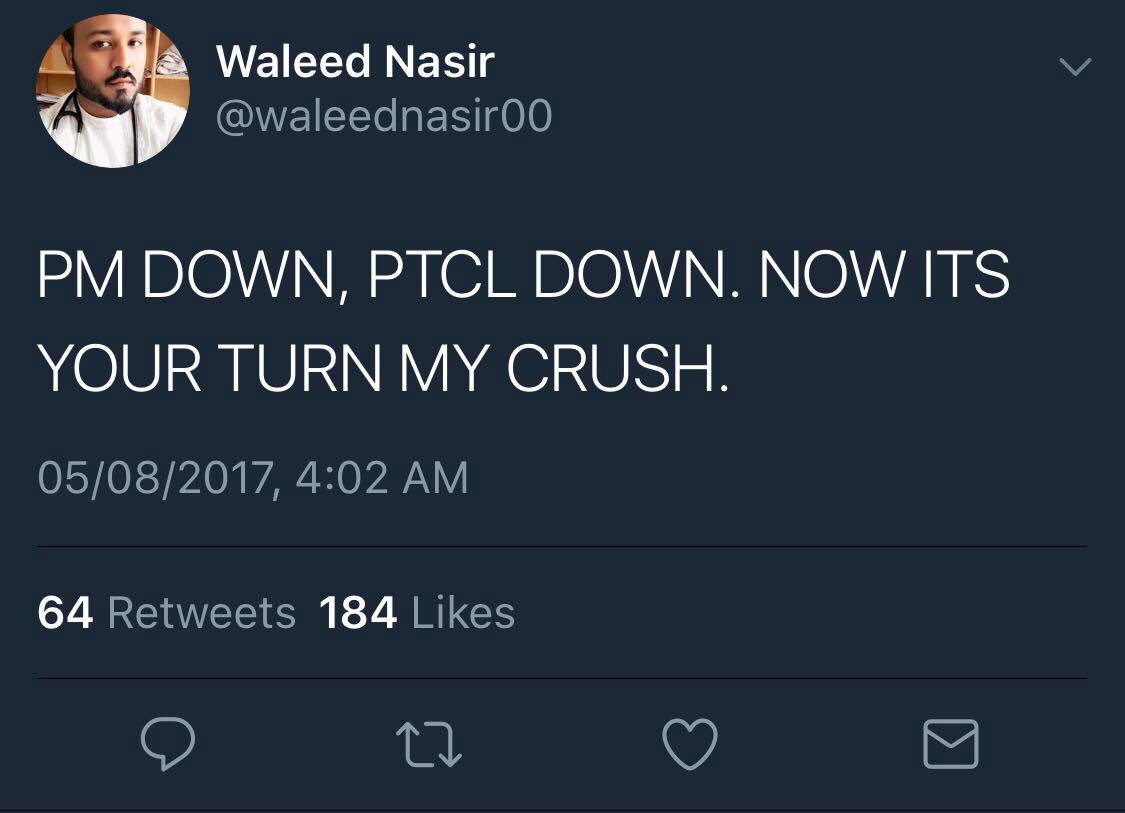 “Dear Customer, a fault has occurred in one of the submarine cable systems which may cause slow browsing. The team is working to resolve it. Sorry for the inconvenience.” 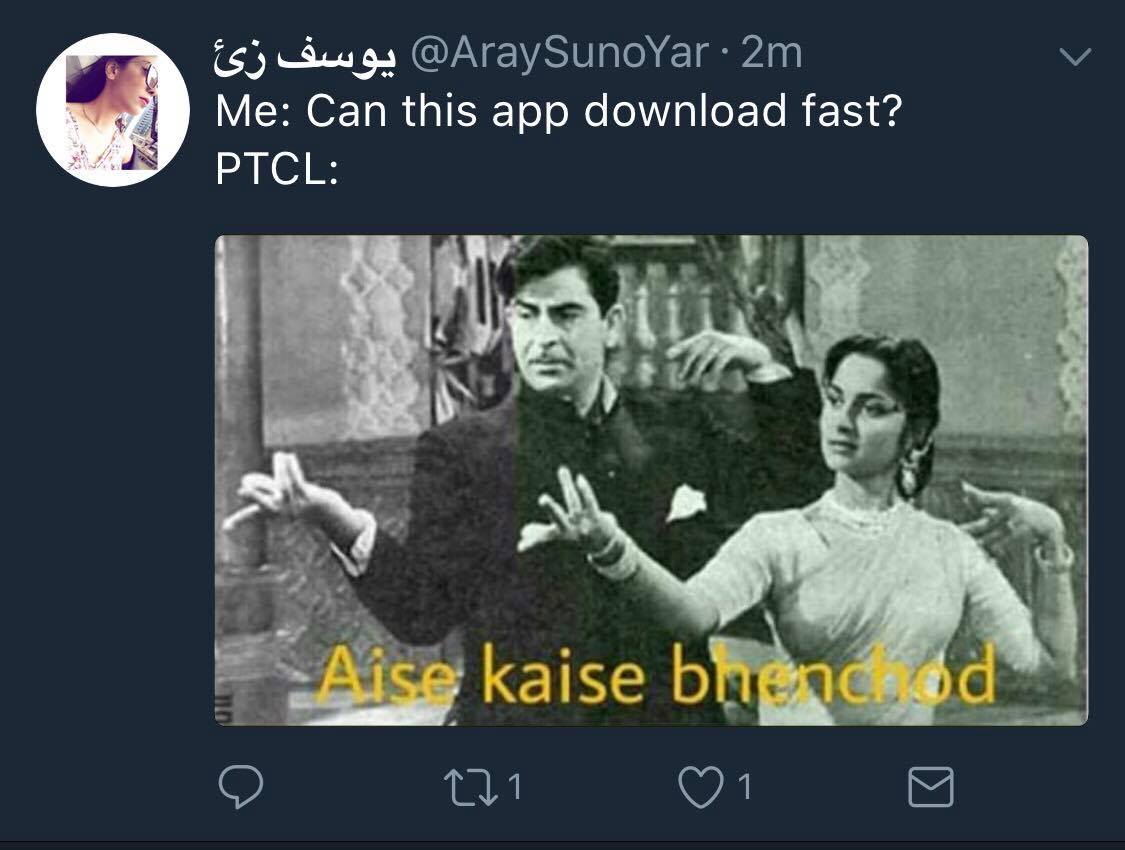 In addition to that, a PTCL spokesperson said that Jeddah has started making efforts to repair the cable, but added that “Restoring the network will take some time.”

PTCL is that child of their parents whose birth is the biggest regret for them unfortunate parents ever.

Remember this picture? Thought so!

So this Shark Trolled and spoil our weekend ?#PTCL pic.twitter.com/7a92MX3DgF

We feel sorry for him.

Pakistan Telecommunication Company Limited (PTCL) has given a statement on Sunday that Internet services across the country have been restored. But PTCL continued its legacy of never working on time. The users who have been living a life of a cave man have started to flood the social media forum twitter with their feelings, which mostly includes mentioning PTCL in their golden words.

These Pictures Show how Locals have Ruined the Heritage of Faisal Masjid in Islamabad!
Internet Became a Nightmare in Pakistan and Maryam Nawaz Made it Worst
To Top