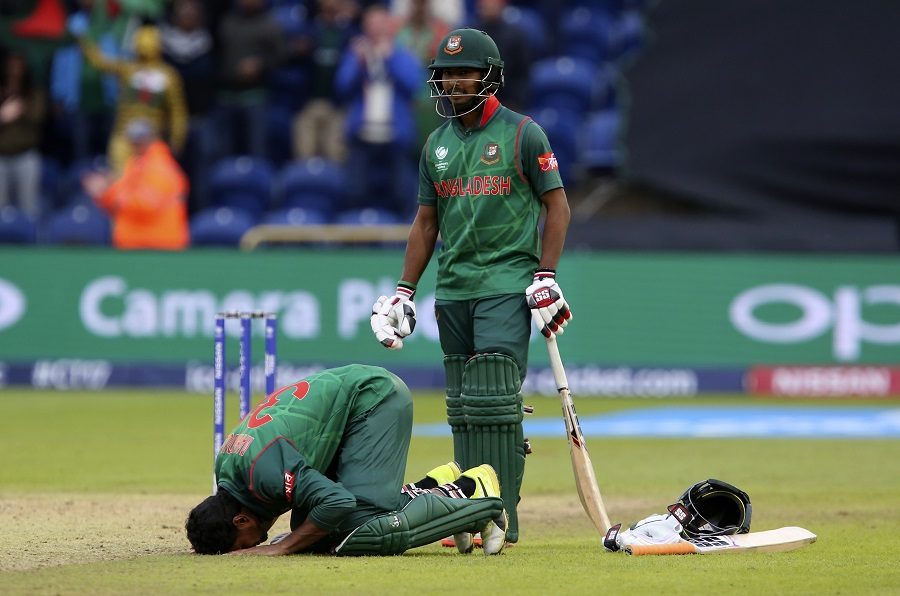 Bangladesh was part of a huge upset last night as they managed to mark a historic win in Cardiff against New Zealand. The Bengals shocked everyone with their remarkable performance as nobody expected much out of them.

However, they were a part of Pakistan once, unpredictability runs in the blood perhaps. Bangladesh were 3 down for 12 runs but how they came back courtesy Shakib Al Hassan and Mahmadullah’s excellence is commendable. Just like everyone Twitter was left in shock too and reacted accordingly, many people including cricketers expressed their feelings through their tweets. 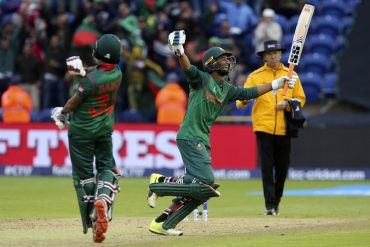 Yes just to be sure, we refuse to play against Bangladesh. We are in no mood to get whitewashed seeing how they performed last night.

It indeed was a brilliant chase and a great partnership between Shakib and Mahmadullah that lead Bangladesh to victory. Both batsmen scored a hundred and took their team home. Their couldn’t have been a better sight for a Bangladesh fan seeing their two star players performing a match winning knock.

Upsets and upsets. What an unpredictable tournament CT2017 is turning out to be. I ABSOLUTELY LOVE CRICKET!

There have been three upsets in a row now. First Pakistan beating South Africa then Sri Lanka beating India and now this. This is the beauty of cricket and seeing how unpredictable this champions trophy is going on we are forced to think that:

So Pakistan has everything it takes to win this now
1. Unpredictability
2. Good bowling
3. Zainab Abbaas
4. Yahya Hussaini

Would be a shame if we still don’t win.

Okay so this one’s a bit confusing

We have no idea what this is or how this happened but Saqlain Mushtaq posted this video with the caption congrats to Bangladesh. If any of you can decipher this kindly let us know.

There needs to be national holiday in Bangladesh

Tomorrow will be a national holiday in Bangladesh.

And guess who’s having their Eid today?

And it was an amazing game, always feels good to see an exciting game of cricket when you don’t even care who wins or loses. Brilliant show by Bangladesh and class and experience showed by Shakib and Mahmadullah. We hope Pakistani batsmen learn a few things from this performance by the Bengal tigers.

Dear French Fries Lovers, Here’s A Bad News For You And It Will Make You So Angry!
This Is Diya Ali- The Future Miss World Pakistan has been Waiting For?
To Top