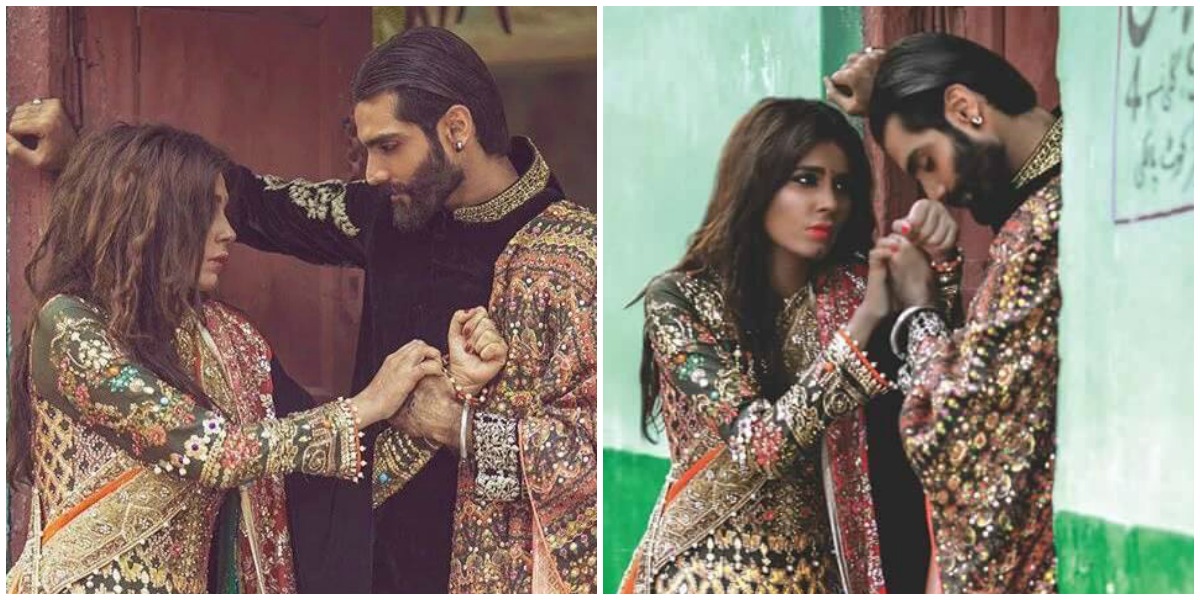 One of the very sensitive matters present in Pakistan is how the men here treat their women – with honor killing and rape at peak; people become very sensitive towards these issues.

Regardless of how famous the brand is, no matter how artistic the designer is and no matter how pro the photographer is, there is no glamor or “fashion” in highlighting issues where women are not properly regarded.

However, maybe the Pakistan fashion industry, regarded as one of the best industries of Pakistan doesn’t feel the need to thinking before making a marketing plan.

Internationally reclaimed Pakistani designer, known for his amazing work (even I am his fan) shared a #ThrowBack of his shoot and it seems like it isn’t what he thought it would be. 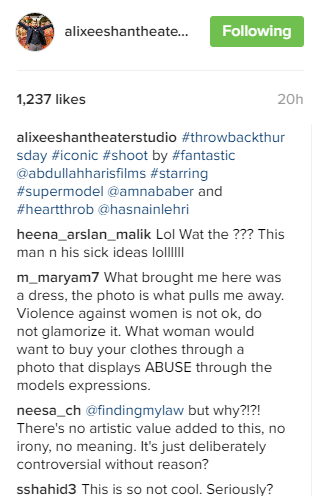 The shoot stars Lux Style Best Models winners Hasnain Lehri and Amna Babar, who are not shooting in Ali Xeeshan’s new collection for the first time. The duo is known to cover a lot of leading fashion brands.

How is this maili harkat supposed to be sexy? pic.twitter.com/L5w1gKQgbK

@mehreenzahra @alixeeshan men forcing themselves upon women has been considered romantic in desi world, poetry and culture is full of such

The designers and the clothing brands need to focus on what they do and how they do before bringing it out in the public. While it might be just a “photoshoot”, it clearly shows how unethical it is as these issues are very sensitive for many.