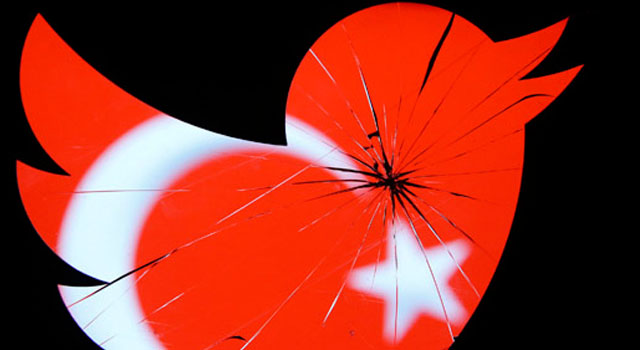 Twitter executives have admitted that the company has blocked two Turkish social media accounts which were used to leak secret government documents and accuse authorities of widespread corruption.

The two accounts â€“ @Haramzadeler333 (which translates to â€œSon of Thievesâ€) and @Bascalan (â€œPrime Thiefâ€) â€“ had nearly one million followers between them and frequently used their statuses to publicize classified files and taped phone conversations that cast Turkish Prime Minister Recep Tayyip Erdogan in a harsh light.

When searching for the accounts on Sunday, Twitter users found that the whistleblowers’ accounts had been marked as â€œwithheld.â€

This comes after a series of discussions between Twitter executives and Turkish government higher-ups last week.

Twitter denied to AFP that it would provide each userâ€™s details to the government, although the mere fact that two accounts have been blocked raised eyebrows because Twitterâ€™s global policy previously stated that it only withholds content â€œafter due processâ€ (a court order, for example).

â€œWe donâ€™t withhold any content at the mere request of a govâ€™t official and we may appeal a court order when it threatens freedom of expression,â€ the company said. â€œTwitter has not provided and will not provide user information to Turkish authorities without valid legal process.â€

Erdogan previously sought to block YouTube and Twitter in March, after audio surfaced of a sensitive conversation between Turkish leaders regarding the security situation in Syria. The ban was instituted in the weeks before municipal elections.

The Twitter blackout was lifted on April 3, once the countryâ€™s highest court decided that the government rule was a direct violation of free speech. Two other rulings declared that YouTube should be unblocked for the same reason, although the video site is still unavailable to Turkish audiences.

There is an estimated 10 million Twitter users in Turkey and, while the companyâ€™s decision to block the two accounts in question may initially appall anyone concerned with the freedom of information, it may not be as totalitarian as it first seems. Russell Brandom of technology website The Verge wrote that Turkish Twitter users have already proven the ability to subvert such blocks by either starting a new account or modifying their own.

â€œTwitterâ€™s system for blocking the accounts isnâ€™t IP-based and bypassing it is as simple as changing your â€˜country-settingâ€™ to somewhere other than Turkey,â€ he wrote on Monday. â€œItâ€™s a trick thatâ€™s been circulating since 2011, and one that many Turks are likely already familiar with.

â€œThe result is a diplomatic compromise for both Twitter and the Turkish government. The accounts are officially blocked, letting the regime save face, but any new leaks from the accounts should still easily circulate through the network,â€ Brandom went on. â€œAs with the earlier block, keeping the accounts locked out of the conversation is harder than it sounds.â€

US backs Kiev against ‘humiliating threats’
Lavrov: US should face responsibility for powers it installed in Kiev
To Top