TV Anchor Moeed Pirzada Mocked the Third Gender in the Most Derogatory Manner and It is Not Okay! 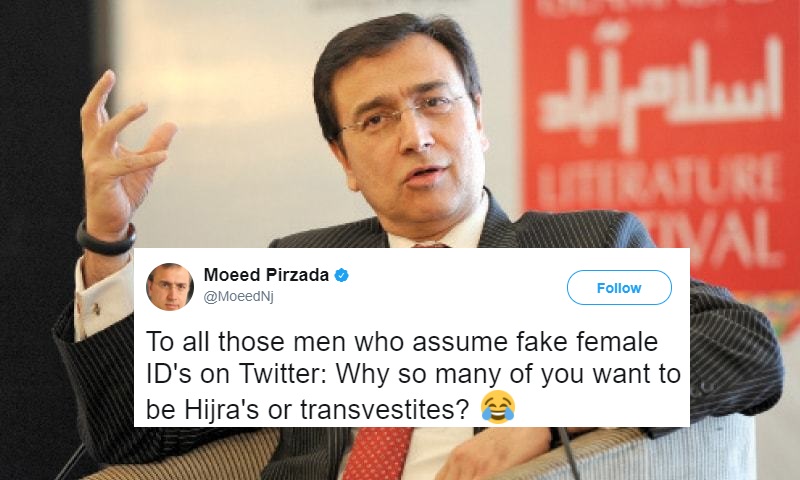 While we blame the government body for not taking appropriate actions, perhaps the problem lies within. The society collectively doesn’t stand strong enough for these minorities who hold basic rights in our country. What makes everything even worse is when public figures refuse to make any statement regarding the minorities. Stooping to the lowest, while these public figures don’t fulfill their duties in this aspect, some of them use their issues to mock. 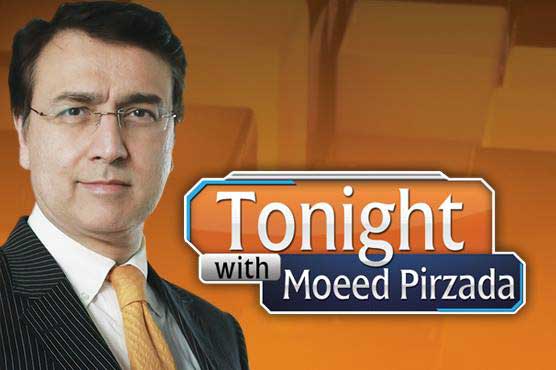 The journalist, while mocking the male class who make fake IDs on Twitter using females used the image of the third gender, and made fun of their biological identity.

Here’s what he tweeted

To all those men who assume fake female ID's on Twitter: Why so many of you want to be Hijra's or transvestites? 😂 pic.twitter.com/hvkig2ugFF

To this tweet, given how this man holds a lot of importance in the political aspect of the television industry, Pakistanis were furious for all the right reasons. Using the 3rd gender as an insult to shame men is not acceptable!

R u looking down upon transgender&thinking that a male is superior to trans?If yes u r sexist&need awareness&empathy. If no delete the tweet

What a sexist little man you are! Using the third gender to shame men. Despicable! pic.twitter.com/2S8k6ViyfZ

This guy has done mbbs & even masters in media and internet regulations & he is on intenet passing derogatory remarks on transgenders. Smh https://t.co/Hs2BzeAWkl

Despicable!!! What is the matter with you? What is wrong with being bron a third gender? WHY use that gender as an insult? Apologise please

Despite all the filth that comes out of a man's mouth, there is always one that defines him. This is what defines @MoeedNj. Allah hidayat de https://t.co/bSa7TrcdWe

With the image and tweet up for almost a day, the very “respectful” anchor has still not removed it or issued an apology. 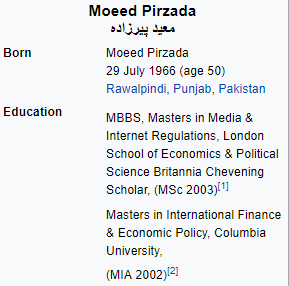 It is indeed despicable to see how the local public figures make such statements and think it is okay to mock something as sensitive as this particular manner. Given how these figures have more insight into what’s happening in the country, instead of doing something productive, they do the polar opposite.

Moeed Pirzada, you need to make a public apology for you have not only stooped to the lowest bar but have also hurt the sentiments of the same class who does not even get the basic rights in the country.

A Girl Asked Her Cab Driver for an AUX Cable and What He Ends Up Doing Next Is Really Sweet!
This Guy Pulling off a Hassan Ali-style Celebration Looks Absolutely LIT
To Top