Is A Imran Khan And Erdogan Meeting Happening Soon?

It seemed that they also talked regarding the relationship between Pakistan and Turkey in the future as well as the cooperation between the countries surrounding multiple sectors. Additionally, a Pak-Turk Strategic Cooperation Council meeting is happening in Islamabad, this year. The Turkish President Erdogan will also be visiting Pakistan and probably meet PM Imran Khan, soon. 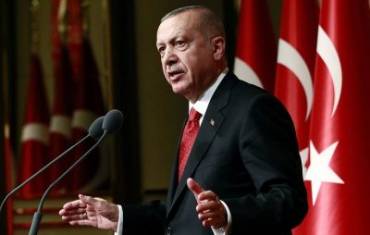 This cooperation is necessary because Pakistan requires allies to settle down serious issues like the Kashmir case. Considering that a Muslim country would be in the supporting team for Pakistan is already a major win. The war within Kashmir has gone on for far too long and the people there require justice. Now, it is high time that Pakistan starts discussing such concerns with powerful nations to receive backup.

Moreover, Erdogan also offered his condolences to PM Imran Khan over the terrorist attacks in Dera Ismail Khan. According to Turkey’s Presidential Communications Directorate, the Turkish President is hoping for a speedy recovery for the people affected and wounded by the attack. About seven people had been killed in the attack while countless had been injured. Once again, it was a tragedy that compelled to create a negative image of Pakistan. However, people kept focusing on this aspect instead of the lives that had been lost; which is a sad reality. At this point, the first option should always be to weep and pray for the wounded, affected, and dead, because there is nothing more valuable than that.

The Issues Involving Kashmir And Afghanistan:

The selfish desires of both neighboring nations Pakistan and India have been a significant factor behind the issue still existing within Kashmir. Even now, there are regular cases where innocent people from Kashmir are victims of hate crimes because they simply belong to a different side of Kashmir. Moreover, the incident of a young girl beaten and raped by Hindu extremists made buzz all over the internet because of its horrific nature. Nevertheless, this is just a single case within a sea of plenty that barely make it into the news. This is why it is necessary to shine a light on the injustices occurring within Kashmir to better protect the rights of the individuals comprising it. 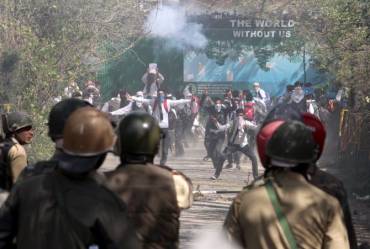 Not to mention, the Afghanistan issue is still in under construction. The U.S has mentioned that they wish to settle down the Afghan conflict soon. Many believe that the U.S is doing so for its own purpose and interest, and that is true. However, through that, there is a chance that Afghanistan would be freed from the current crisis. That is something Pakistan wishes to aid within as well.

What do you think of the situation? Will the bilateral relationship between Pakistan and Turkey see a positive conclusion or is it going to end on neutral terms? Is the crisis surrounding Afghanistan and Kashmir ever going to see an end? Share your thoughts!