These Turkish Guys Singing "Aafreen, Aafreen" Are Becoming The New

Remember the time when Momina Mustehsun performed the iconic song, Aafreen, Aafreen alongside the legend, Rahat Fateh Ali Khan in Coke Studio? Well, that day and today, a lot has changed and Momina has become Pakistan’s latest sweetheart.

Talk about the song, it was well performed and goes down to be one of the best tracks of Coke Studio Season 9. Arguably, people loved the song and the beautiful Momina Mustehsun performing it was simply a cherry on the cake. 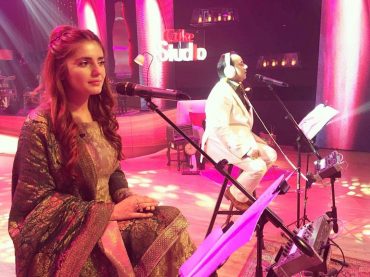 The song’s popularity has sky-rocketed ever since Momina and Rahat graced with their performances in Coke Studio. It is most loved by Pakistanis and easily one of the reasons why the newest Coke Studio season was a mega hit.

Well, many people tried to cover the song but we are going to talk about some people in particular who barely sang the song properly but have taken a toll on people. Yes, 2 Turkish men attempted to sing, “Aafreen, Aafreen” and won the hearts of people.

Check them out because it might pique your interest…

…and now something that would make you ladies go crazy (assuming you haven’t noticed yet, which might be 1% true)

One of the Turkish men, Hakan Eser looks like Fawad Khan

The resemblance is pretty uncanny! and yes, please have your moment because for you ladies it’s too much and you all must be drooling over him…

Well, these guys have made some people’s day and we have nothing but appreciation for that.

Is it just me or Mr. Emirhan Özdemir actually looks a lot like Umair Jaswal here?

Haha, he is close in this photo particularly.

What do you guys think about these 2 Turkish men? Would you like them to sing more songs?

These Men Can Perfectly Tell What It’s Like To Get Trolled For Life Based On Their Hilarious NIC Credentials
6 Weird Things People Say When They Find Out The News Of Someone Getting Married!
To Top