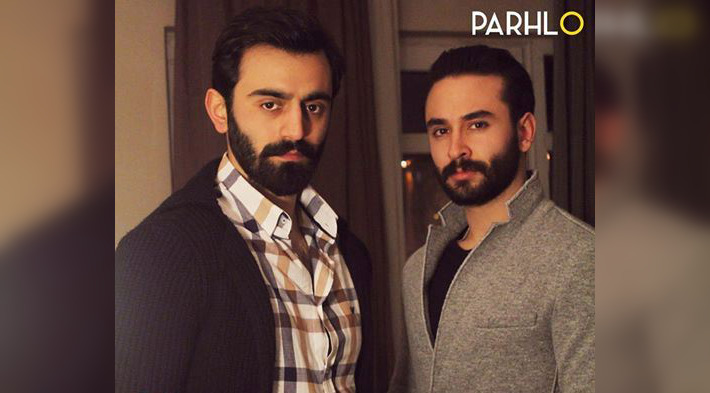 Last week, 2 guys from Turkey sang Nusrat Fateh Ali Khan’s legendary track, “Aafreen, Aafreen” and broke the Internet. If you haven’t been paying attention then let us introduce you to these 2 great Turkish guys who just randomly sang the song which imminently got viral and amassed a heap of interest from our people.

The song, “Aafreen, Aafreen” has come a long way down from being originally sung by the legend, NFAK himself to getting a supreme revival in Coke Studio, courtesy of Momina Mustehsun and Rahat Fateh Ali Khan and now to Hakan Eser and Emirhan Özdemir, who graced it by their voices. People went crazy just after their video of singing the song was released. Mostly girls expressed their sheer fondness of both the guys, of course. In fact, Hakan was pointed out to resemble Fawad Khan. Well, the resemblance is surely uncanny. If you thought it was the last time you saw them, let us tell you that we had the chance to exclusively sit down with them, asked questions, made them sing again and simply what you wanted to from them in our live session in Ankara hosted by Eiman Hussain at the Voodoo Blues restaurant.

So, here’s what happened when we were live with Hakan and Emirhan all the way from Turkey!

First things first, what do they do and how they met each other?

Meet Çağrı Hakan Eser, he lives in Ankara and is 23 years of age. Hakan studies Economics at the Kırıkkale University in Ankara, Turkey. Hakan is a big fan of football and actively follows sports. 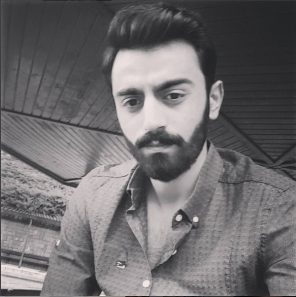 Meet Emirhan Ozdemir, he is also 23 years old and lives in Ankara, the same as his friend. He studies Political Science at the Bilkent University in Ankara, Turkey. One of the favorite interests of Emirhan is boxing and weight lifting, he loves to do them both. 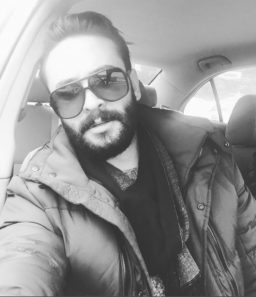 Talk about how these guys met, Emirhan claims that they know each other since 8 years and were also in high school together. They are very close friends!

Their love for NFAK, Pakistanis and what inspired them to sing, “Aafreen, Aafreen”

Emirhan reveals that his grandfather was the Head of the foundation called, “Pakistani Lovers In Turkey”. He introduced Emirhan to the legend, Nusrat Fateh Ali Khan, and his music. The first song by NFAK he ever listened was Sanson Ki Mala Pe. He instantly fell in love with that song and claims that it’s one of the best by NFAK. Emirhan later introduced Hakan to NFAK. Hakan laid great emphasis on what his friend got him introduced to. As usual, he loved the songs he got to listen. About singing, “Aafreen, Aafreen” they mentioned that it was just a random attempt and they had no idea it would get viral instantly and become a sensation among Pakistani people. They are indeed astounded by the love and response they have been getting from the video.

At first, they had no idea if their video would get any response. They did not know that it would break the Internet, so they just casually and randomly gave their best shot at it. They do connect with the lyrics of the song and stress on the meaning it unfolds. They love the song and openly claims it is heart touching. It gives them a chance to connect with their emotions and they just could not praise NFAK for his masterpiece more.

How are they handling the surreal attention?

As the video went amazingly viral, their Instagram inbox was flooded with messages after messages. Indeed, there were many fan girls who fell in love with them. Since Hakan resembles a lot in Fawad Khan, it was simply a cherry on top for many girls. They indeed gave a sweet, delightful notion as they sang, “Aafreen, Aafreen.” They have accumulated many followers and the level at which girls are drooling over them is crazy! In fact, some of them just expressed their wish to marry them as told by Hakan and Emirhan, nicknamed, “Aafreen boys”. 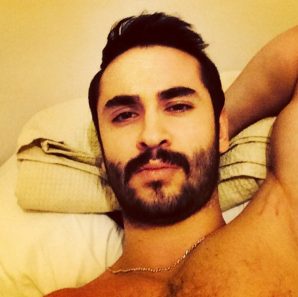 They were requested to sing more songs during the live session. They did so and claimed that they have a big surprise for Pakistani people. We shall find out that soon enough!

How about a jamming session with Momina Mustehsun*?

“It would be an honor,” said the boys.

*The question was asked by a fan during our live session on Facebook.

What do Hakan and Emirhan think about Pakistan?

When it came to the subject of Pakistan, the first that popped up in Emirhan and Hakan’s mind was food. And why not? Our food is one of the contemporary boastful facts about our country. When you’re talking about Pakistani food, how can you miss Biryani? 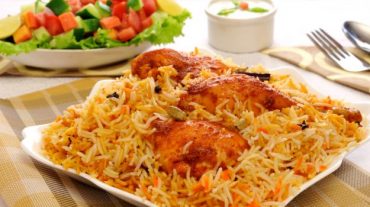 Emirhan claims that he has become a fan of Pakistani food. He has tried Briyani, Chicken Karahi, and few other dishes. He loves Biryani a lot and urges his fellow Turkish people to try out our cuisine. While, Hakan, he also has a sweet tooth for our food, especially Karahi. He is yet to try Biryani and our host Emirhan made sure Hakan has Biryani later on after the live show.

They also talked about how the truck art fascinates them because they have never seen anything like it.

Emirhan also mentioned about the history of Pakistan and the leaders that remained in the limelight during that time. He mentioned Quaid-e-Azam Mohammad Ali Jinnah and his admiration for him. He also said that he holds him close in respect to his own leader, Mustafa Kemal Atatürk. 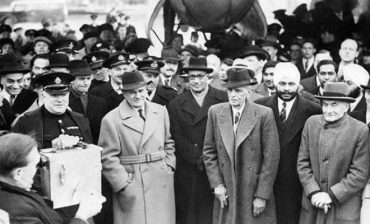 Emirhan and Hakan also revealed their favorite song. For Hakan, it is Rashq-e-Qamr by NFAK and for Emirhan, it’s a pretty hard choice since he loves many songs but he has a sheer fondness for Rashke Qamar and Sanson Ki Mala Pe by NFAK.

What did they have to say about Pakistani people?

Both Hakan and Emirhan had very kind words for us. Firstly, they were not expecting such a response to them singing, “Aafreen, Aafreen.” They were opened to the idea that we are quite a kind and hospitable nation who loves Turkey and Turkish people. Hakan was especially thankful that people here held him with regards to Fawad Khan.

They mentioned that they will be on the look for entertaining Pakistani people with more content. If the kind of love they got continue to pour in, they would just come to Pakistan and do something as interesting again!

People asked, how could Hakan and Emirhan speak Urdu so well?

Indeed, it was a surprise how they were able to sing Urdu. Even their pronunciation of the lyrics of “Aafreen, Aafreen” was beyond perfect. They revealed the Urdu language is quite popular in Turkey and people are keen on learning it. The have quite learned the language by their surrounding and many phrases from people. It would be incredible if they could just speak the language fluently. 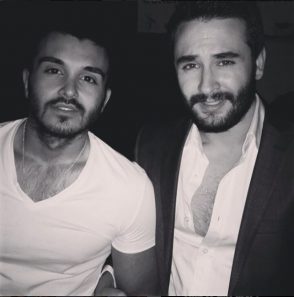 They tried to speak Urdu during the live session, and here’s what they uttered:

…and as of course, Pakistanis simply couldn’t stop expressing their love and admiration for both Hakan & Emirhan!

Words or phrases to describe their personality:

For Hakan, it is: 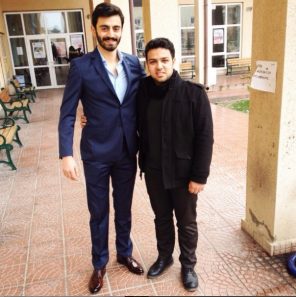 For Emirhan, it was pretty much the same, just that he added that he is a little more “curious”.

And now the big surprise we have been longing for!

Hakan and Emirhan realize how much the late Junaid Jamshed was dear to us. They know our sentiments attached to JJ’s songs and especially our close connection to, “Aitebaar”. So, here are, Hakan and Emirhan, once again for Pakistanis and this time they have sung, “Aitebaar” by Vital Signs!

Hakan and Emirhan have a message for you!

They gave a shoutout to Parhlo for handing them out a great opportunity to contact with their “brothers and sisters” who really loved them in Pakistan. They really appreciate the gesture. For Pakistani people, they urged us to stay connected as they have huge objectives for future and we keep giving them the love and support we have been giving then they will definitely come up with more surprises for us!

We thank Hakan and Emirhan for taking out the time and energy for the live session with us. We are also very grateful for Eiman Hussain for collaborating and hosting the live show. It was really enlightening and we immensely enjoyed watching them. Hoping that they would more interesting things in future and as surely, we would love to have them in Pakistan any time soon!

In case you missed our live session with the boys, here you can still catch-up with it!

Mahira Khan And Ranbir Kapoor Were Spotted At An Event Together In Dubai. Here’s Why!
The Augmenting Trend Of Extravagant Weddings In Pakistan – Now A Source Of Pain And Shame
To Top