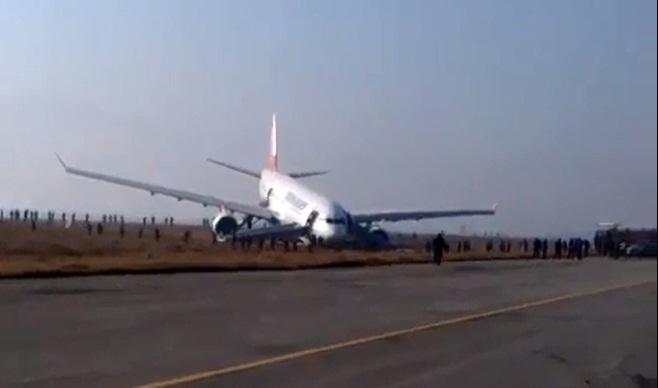 Turkey Airlines has got an accident at… by parhlo-pak

Turkish Airlines Airbus A330 skidded off the runway in foggy Nepal and crash-landed nose down in a grassy field. The passengers barely escaped serious injuries.

On Wednesday morning, the flight THY726 coming from Istanbul missed the runway at Tribhuvan International Airport in Kathmandu, Nepal.

The front of the airplane was damaged and the plane got stuck in a field. It was informed by the airport officials that no deaths or serious injuries have been reported on the plane. The Turkish Airlines flight THY726 had 238 people on board. The passengers suffered bumps and bruises because of the incident. The officials suspect low visibility and bad weather conditions to have been the main causes for the disaster.