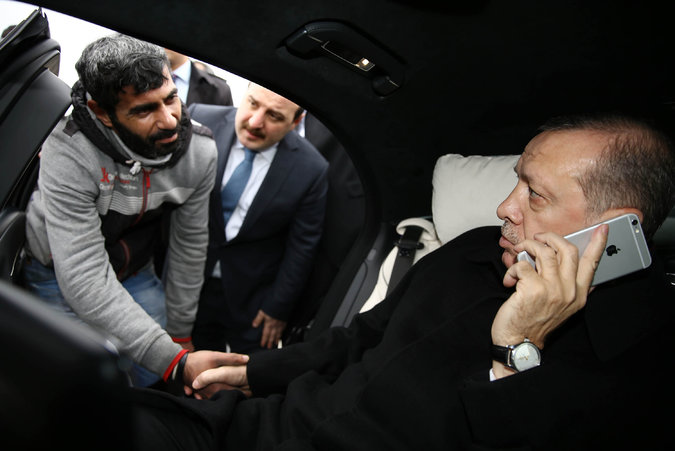 Things must get pretty rough for anyone to decide to end their life. And so only a miraculous turn of events can make that person decide NOT to do so, after they’ve made the required preparations.

It so happened that a man in Turkey decided that he too, had enough of life, and climbed over the iconic Bosphorous Bridge, the one that links Asia and Europe, to jump to his death. The man had been struggling with depression and had been facing some family troubles lately.

He had climbed the railing and the police had been trying to coax him out of his decision for over 2 hours, with no luck.

The Turkish President, Mr. Recep Tayyip Erdogan was passing the bridge at the time with his motorcade. He stopped, and without leaving his vehicle, asked his staff to speak to request the man to come speak to him. 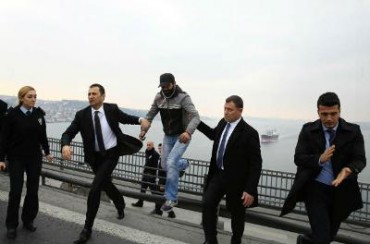 The sobbing man, after seeing a glimpse of the President from the rolled-down mirror, was escorted by the President’s bodyguards to his car, where he bowed and kissed President’s Erdogan’s hand out of respect. 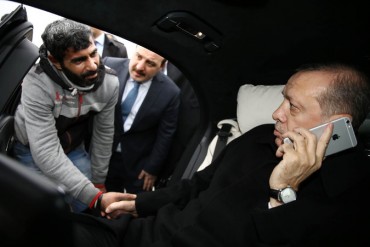 The ‘man of the people’ as he is often called, President Erdogan, spoke to the man, and dissuaded him from jumping off the Bridge. The instance speaks volumes of the President’s ability to argue with, and persuade people using his rhetorical skills; something that he is known for.