President Erdogan Rejected Trump's Letter & Threw It In The Bin!

The decades-old conflict between the Turks and the Syrian Kurds simmered down with the time until recently, the Turkey President Recep Tayyip Erdogan decided to butt heads with the Syrian Democratic Front (S.D.F), again. Turkey believes S.D.F was trying to establish a terror corridor in the region.

The tensions between the two nations have escalated and the Turks have been continuously targeting Kurds in Syria. Trump wanted to mediate and resolve the conflict as America is on friendly terms with both; Turkey and the S.D.F.

President Donald Trump’s Letter To The Turkish President Lands In The Trash-Can.

Donald Trump wrote a letter to Erdogan warning him about the consequences that are to follow if he doesn’t back down. However, the letter was strongly rejected by the Turkish President as he threw the letter in the bin. “President Erdogan received the letter, thoroughly rejected it and put it in the bin,”  Turkish presidential sources said. 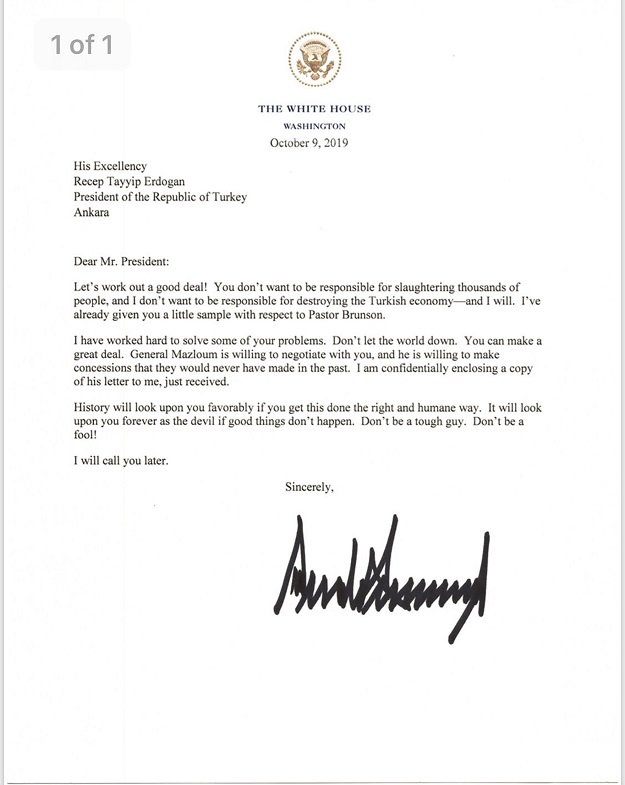 Dated October 9, the informally written letter, requested, threatened and advised the Turkish leader at the same time. Trump asked Erdogan to ‘strike out a good deal’ and let good things to happen or else forever be branded as a ‘devil’. Furthermore, Trump in the first paragraph warned Erdogan of the consequences, writing, “You don’t want to be responsible for slaughtering thousands of people, and I don’t want to be responsible for destroying the Turkish economy – and I will.” 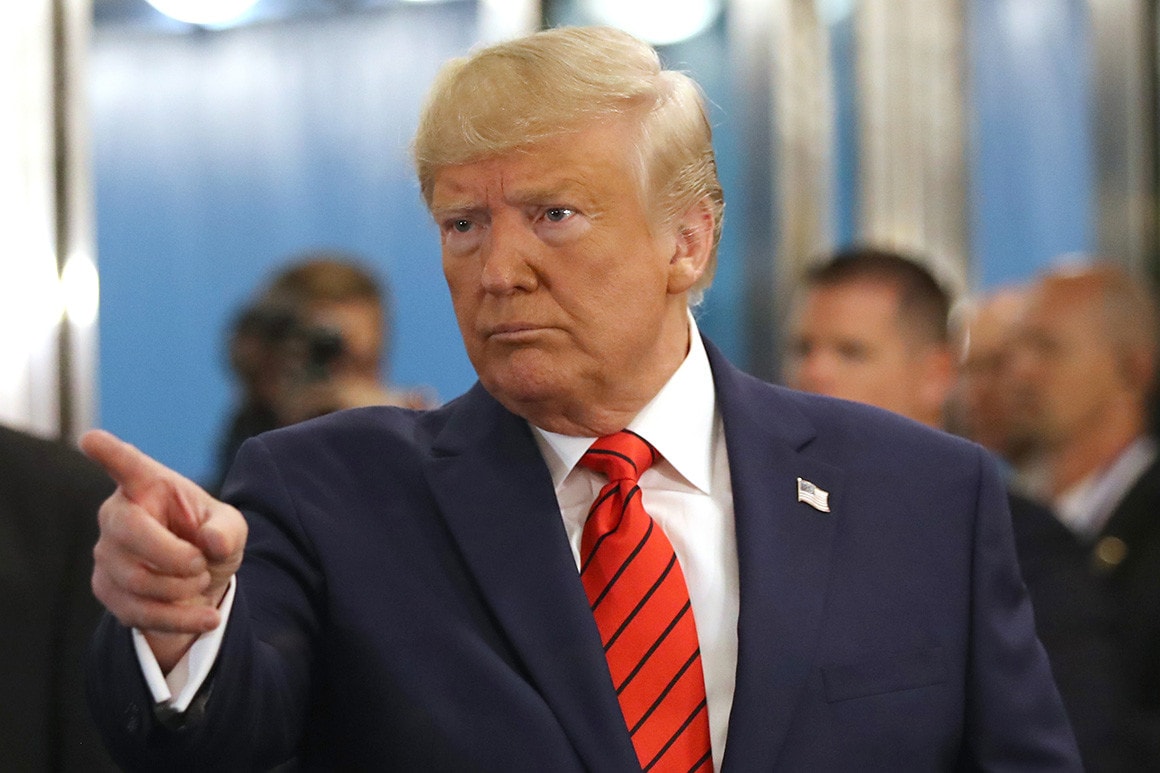 After a staunch threat-like-warning, America’s leader informed about the possible mediation that can resolve the issue once and for all; also requesting the Turkish premier to not waste his efforts of solving their problems. He wrote about a ‘great deal’ that can be scored with the head of the Kurdish-led Syrian Democratic Forces’ Mazloum Abdi who has been declared as a terrorist because of his ties with the Kurdish PKK militants in Turkey.

According to the sources, the Turkish president launched the Syrian operation the same day he received the letter. Turkey’s Defence Minister Hulusi Akar called this operation as the move aimed to protect the region which includes the Kurds. However, Russian President Putin is of the opinion that Erdogan’s attack will only strengthen ISIS in Syria. 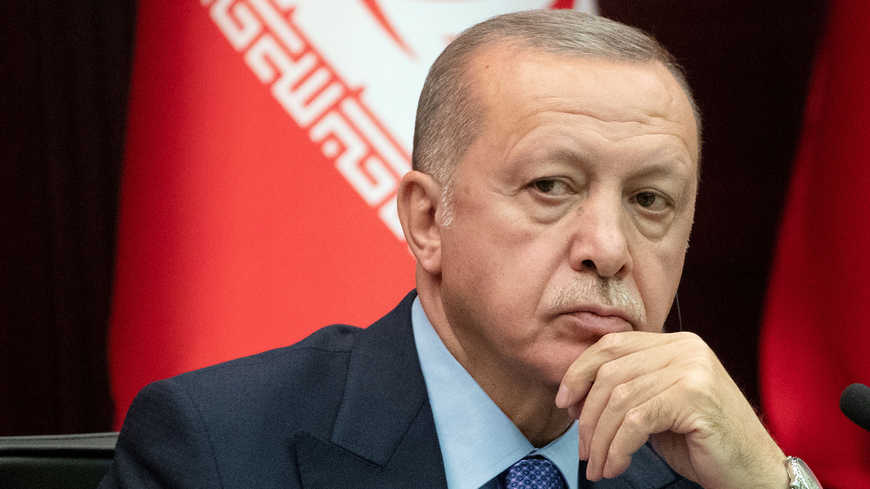 Donald Trump said that the Turkish President is undoing all the hard work that was placed in battling ISIS and keeping it at bay; considering the fact that the Kurds dealt with ISIS alone without any US aid, which came much later.

Trump placed down three possible actions which included: Send army to defeat the Turks, hit Turkey with financial sanctions or mediate a deal.

Great news out of Turkey. News Conference shortly with @VP and @SecPompeo. Thank you to @RTErdogan. Millions of lives will be saved!

To this Erdogan replies:

Mr. President, many more lives will be saved when we defeat terrorism, which is humanity's arch enemy. I am confident that this joint effort will promote peace and stability in our region.

America is most likely to target its economy as written in the letter. Hopefully, something peaceful can be devised as the rising tensions between the two countries bear no good news. We are looking at a massive refugee crisis and war.

World Osteoporosis Day And All We Need To Know About It!
Here Are All The Details About PM Imran Khan’s ‘Kamyab Jawan Program’!
To Top