What looked like a no-end offensive strategy from Turkey, has finally deterred. The Turkey Russia deal is a ‘historical agreement’ that ends the damage.

To end the crisis and vulnerability of the Turkish State against Kurdish forces, a deal was brokered. Turkey and Russia are going to establish a ‘safe zone’ in Syria.

President Erdogan and President Putin spent six hours talking, finding a solution to the problem in Sochi, Russia. Erdogan is calling the deal a ‘historical’ one.

The crux of the Turkey Russia deal is that neither Turkey nor Russia will allow any separatist movement or agenda on Syria territory. The meeting also included areas of control where Turkish soldiers would establish themselves in the area. 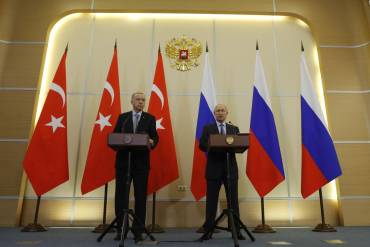 Turkey already has a handful of land in possession which they had previously taken over from the Islamic State (ISIS).

Russia plays ‘mediator’ and becomes a big player in Middle-East

The result of this intervention in Syria from President Putin upholds his will for ‘peace’ in Middle-East, as the step immediately stops the bombardment in Syria.

The news, however, comes poorly to Syria Democratic Front and other Kurdish rebel groups. The USA, surprisingly, has also shown support for Turkey, backing its bid to establish a buffer zone.

Putin’s smart actions have made one thing sure, Russia has officially entered the Middle-East as a bigger player than before. To play mediator in regional affairs, the strength of Putin and his popularity seems to be increasing.

Syria has been the bone of contention and the playground of death for years now. After USA under the Obama administration caused great distress, Trump’s announcement of US troops leaving Syria has assembled Turkey and Russia as major players.

Russia, being the mediator and game-changer, will likely benefit more in this Turkey-Russia deal. However, in Syria, things can never calm down. Whenever there’s silence, it’s only before the storm. 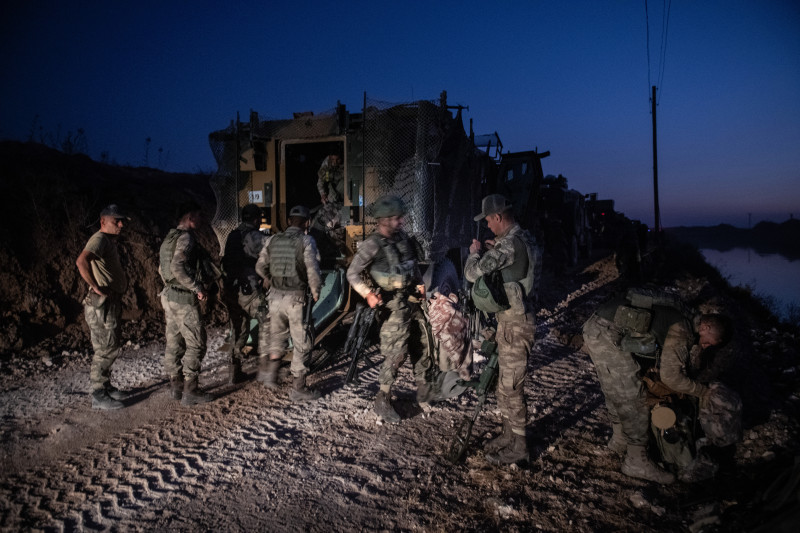 SDF and Kurdish forces have been calling for backup, mainly from the regime of Bashar Al-Assad. Since the other players are aliens to the region, the proxy-war will never really end.

Previously, Erdogan had launched an offensive against the Kurdish-led Syrian Democratic Front, claiming hundreds of lives in the process for Turkey’s protection.

In today’s day and age, the role of the United Nations seems that of a mum-mime. All it can do is watch in despair as global powers sly their way around thousands of innocents lives, regardless of their political stances.