Turkish drama series Diriliş: Ertuğrul has taken Pakistan by storm due to its representation of the medieval period and the account of the life and times of Ertugrul Ghazi. Ever since the show aired on the state-owned channel PTV, it has become a household name in Pakistan and now one of its character Turgut Alp is soon to be seen on a Pakistani eid show.

The show portrays the hardships of a tribal clan leading to the rise of the Ottoman Empire. That being said, it is basically a romanticized version of Muslim history. PTV  began airing a dubbed version in April. This historical Turkish drama has been all the rage in Pakistan ever since. 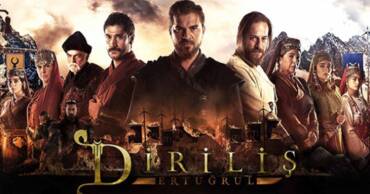 In addition to this, after getting so much love from Pakistan, many of the Diriliş: Ertuğrul have shared their desire of coming to Pakistan. Earlier we knew of Esra Bilgic aka Halima Sultan and Engin Altan Duzyatan aka Ertugrul, who wanted to visit Pakistan. As of now, we have discovered that Cengiz Coşkun aka Turgut Alp has also revealed that he would like to visit Pakistan.

Cengiz Coşkun is invited to an upcoming eid special show

Yes, you heard that right! An upcoming eid special show will be having Cengiz Coşkun, famous for playing the role of Turgut Alp, as a special guest on a video call. As of now, all we know is that the TV host Waseem Badami and cricketer Shahid Afridi will be hosting him.

The Turkish has also sent a video message about it and he is excited about his appearance in Pakistan.

Moreover, Cengiz Coşkun had the role of Turgut Alp in the Turkish historical drama series. Turgut Alp is one of the close friends of Ertugrul Ghazi and his son Osman Ghazi. Not only that, but he also served Orhan Ghazi, the son of Osman Ghazi in the show.

In addition to this, Pakistanis have not only loved the storyline but they are also obsessed with the cast. After the show’s success skyrocketed in the past months, the star cast of the show has been constantly sending love to their massive fan base in Pakistan. 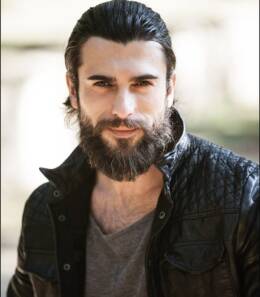 Leading stars of the show Engin Altan Düzyatan, Celal Al, Guslim Ali Ilhan, Cengiz Coşkun and Cavit Çetin Güner are some of the few who have been consistently showering their Pakistani fans with love and gratitude.

Furthermore, the obsession with the show has reached to such an extent that hat a renowned Sindhi channel is coming up with its own Pakistani version of Diriliş: Ertuğrul.  The upcoming new drama series is titled ‘Raj Rani’. Clearly, Turkish drama has shot to massive fame in Pakistan.