I was just scrolling on Facebook as usual and I discovered an article in which a writer blatantly lied about Japanese anime series Doraemon. I had heard about the ban that PTI wants to put on it but thought it as just another political stunt. The situation got worsened when people started using this situation against children. This was a perfect moment for all of those who weren’t able to watch their favorite shows because a child in their family was watching Doraemon. So suddenly moral police started expressing their hatred against this anime series and started issuing verdicts. I wouldn’t have problem with their criticism if it was based on facts. But there are liars and then there are these people.

Now I can’t answer every accusation but I’m going to answer every false accusation written by that writer. And mind it; I myself have watched around 150 to 200 episodes of this anime series including 2 movies. I know about its philosophy, its character development and all the other related stuff. I’m not writing about my own imagination against this series rather I’m stating facts. When I first read the article for a moment I was like, is this guy even serious? I hoped that it was a sarcastic article but then I realized it wasn’t. Did he ever watch the show? If you’re thinking the SS he showed is alarming then let me burst your bubble. The SS is TOTALLY FAKE. He has taken it from google. He doesn’t even know there isn’t any Disney logo on it. 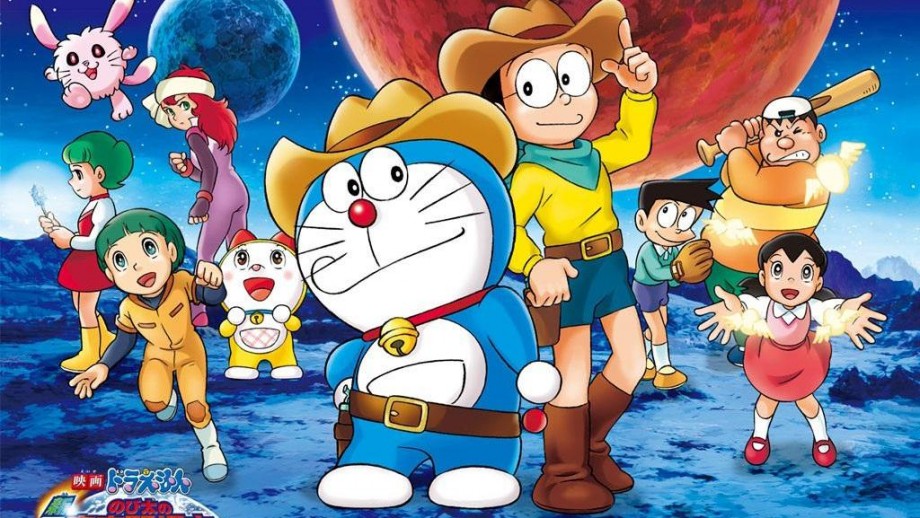 Now let me inform you about it there are several censored versions of Doraemon series ‘cause Japaneese are well-known for their open mindedness , so every country run their own censored version of it. As we know our country doesn’t produce any quality content for children’s entertainment industry (except for one cartoon series; Burqa Avenger) so what we see is an Indian censored version of Doraemon on Disney India. And I am watching it for more than a year and never watched a single clip in which they showed something like this.

This picture was enough to make everyone lose their mind and everybody believed every single word he wrote. He writes, “It teaches kids how to avoid work, depend on lame gadgets, promotes bullying etc.” Now I don’t know that did he ever watch the show or not because he has generalized the whole cartoon series in the same way Trump generalize Muslims. This argument is so lame that I don’t even know what to say. If he does not know, Nobita is a constant victim of bullying, how can the series based on him promotes bullying? Nobita is a problem child who always had a difficulty in doing any kind of work, be it sports or homework. Doraemon has come from the future to help him succeed in his life. I can claim that Tom and Jerry was the series which promoted hatred and fight. But actually the series wasn’t about it.

Another problem is that it comes whole day, if you have a problem that your kid watches the show 24/7 then control your kid. Don’t control the media. Every child gets free time at different time and it’s now become feasible for every child to watch his favorite show. Unlike 90s when cartoon used to come for only one hour and if you missed it you missed it. Try to come out of your 90s zone. Nowadays every channel shows content 24/7. And to be honest majority of teenagers are pissed off with the series because now TV belongs to children. Now they can’t watch TV 24/7. So don’t take it seriously if you see a teenager ranting about Doraemon because it’s a simple case of revenge. A girl commented on my post which is enough to clear out the situation, “Yes yes. Bht acha hua. Yahi h wo fasad ki jar jis ki wajah se mera bhanja remote apny kabzy ma rakhta hai”

The next lie he told was about Shizuka and Nobita’s romance. Now this is coming from a generation who used to watch Johnny Bravo. Even in Tom and Jerry didn’t Tom and Jerry use to flirt with beautiful cats and mice? Didn’t they use to kiss their dates? What was that? “Behayai”? “Fahashi”? And the irony is, Doraemon is far away from the story he told. The line he used, ‘Shizuka, tum tou raat ko ghar pe akeli hogi na? Main ajaun ta ke tumhain darr na lagey?’ is his own made up line and was totally out of context and to cover his own lie he used a word, “something like”. Seriously? Just look at his rant, he find this line flirtatious, “Shizuka tum mere ghar aogi? mein tumhara lye comics laya hu.” Yes, the guy called this line cheap and unsuitable. Actually what unsuitable and cheap is his own mentality. He never noticed when Nobita gives books to Giyan and Suneo. How could he, I mean, for that he will have to watch Doraemon.

For the record Nobita shares everything with his whole gang including Shizuka. Sometimes he doesn’t like to share few things with Giyan (who bullies him) but in the end reluctantly does or Giyan make him share that thing. Nobita does have feelings for his future to be wife Shizuka but in the series not once, I repeat NOT ONCE any inappropriate line or scene was shown. For that you can watch all the episodes broadcasted by Disney India. After all these blatant lies the writer draws a silly comparison between a Nobita’s mother and Shizuka. Again, I don’t know how he can lie so easily, Nobita does same with everyone. And for the record Nobita’s dominates the story and he can’t do anything against her. That’s how the story works, in every story there be a villain and a hero. Like in Tom and Jerry Tom always used to create trouble first, and in the end Jerry used to dominate. Now in this story, the villain and the hero is same; Nobita Nobi. This story actually tries to tell, it doesn’t matter how many difficulties you face you can become a good person at any time. It’s you and yourself who often come in your own way. “Khudi ko kar buland itna……”

Not to mention his argument about Hindi. Now, I don’t know why a nation who hasn’t produced any quality content on children’s entertainment industry has a problem with the Hindi language. Instead of becoming happy that their child knows another language they lose their mind when it comes to Hindi? What’s the reason behind it? Nobody has a problem with English, Arabic or Urdu then why Hindi? Stop making a language holy or unholy. It’s just another language. Besides there is always an option for Urdu dubbing and Pakistani censored version of Doraemon.

If you think story writer should start writing stories without any heroes or villains, about a shining little star in the sky then let me tell you we aren’t living in 90’s where twinkle twinkle little star used to entertain kids. You can’t expect children to watch Baby TV now. The world is moving so should you. Even Burqa Avenger, your very own Halal Pakistani show is all about action. 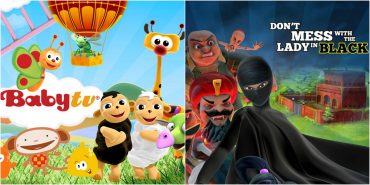 Now after it, there is a claim that it’s a conspiracy against Pakistani nation. Now, give me a break. Japanese are making it, reading it, selling it, watching it from 1960’s, and instead of going down they have witnessed a remarkable progress. Their generation is getting inspiration from these anime series to invent innovative robots and gadgets. And we’re talking about banning this and banning that. The Nation which can’t pass a bill on women’s rights is now discussing effects of cartoons in assemblies. Is this the really the real issue? For all the moral police out there, who keep suggesting us what to wear, how to talk, what to do, what to watch, what is allowed, what is not, who find everything problematic and unholy, do us a favor. Ban your mentality. Ban yourselves.

Never Give Up!
Now These Celebrities Will Know the Pain of Kashmiris
To Top