What's The Actual Truth Behind Dr. Furqan's Death? His Wife Reveals It All

With a surge in coronavirus cases in Pakistan, the situation is getting extremely tense and chaotic. Unfortunately, the affected ones are now seen begging to be treated while the hospitals are denying to accept them.

Similar is the recent heart-rending case of the well-reputed Dr. Furqan who became the latest victim of ‘lacking facilities’. Earlier, his last audio recording was surfacing on the internet showing the shocking face of Sindh government’s efforts. After his tragic death, now, Dr. Furqan’s wife, Saima Furqan has come out with the hidden truth behind his husband’s death.

It is quite shocking to witness such cold-blooded stories and the life saviors not ready to save another precious life. Speaking on a talk show at a local news channel, wife Saima Furqan revealed some of the vicious acts they incurred. Spilling the whole story through call, it is extremely shocking to see such maltreatment of the elite hospitals in this crisis.

”Every hospital just said they don’t have any empty bed. We called Aga Khan hospital, upon knowing that he (Dr. Furqan) is (coronavirus) positive, they said we are not taking any more patients, we are full. Then someone told us to go to SIUT but let him (Dr. Furqan) go alone, you stay at home. So, he went alone. The Aman workers didn’t even touch him. I myself went down and helped him sit in the ambulance”, Mrs. Furqan stated.

Not a single bed for Dr. Furqan

Quoted as explained, ”As he (Dr. Furqan) reached SIUT, they said they don’t have any more space. Aman ambulance kept roaming on the roads for two hours and then brought him home. He (Dr. Furqan) reached and got unconscious. I asked that Aman worker to at least put him on the structure. He denied and asked me to do it. Then I did it alone and even went unconscious in between.” 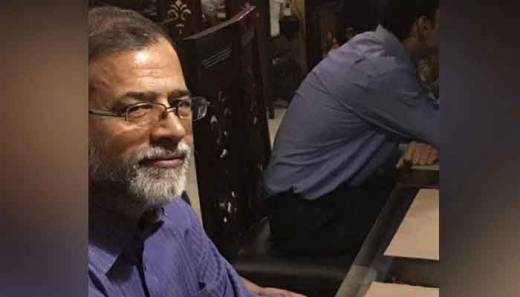 Further, Dr. Furqan’s wife asserted, ”After being denied from SIUT, we took him to MS hospital. There we were waiting at the gate and as I stepped down of the ambulance, they asked me to go back in. I literally begged them to please look after my husband (Dr. Furqan). No one did anything. His (Dr. Furqan) audio recording currently surfacing online, is just a day old.”

During the call, Saima Furqan was constantly in tears as her voice broke down a couple of times. The host then asked about how and where Dr. Furqan caught the coronavirus? In response, his wife revealed that he contracted it from one of his patients while treating. ”He got affected by the coronavirus in the hospital where he worked”, she said.