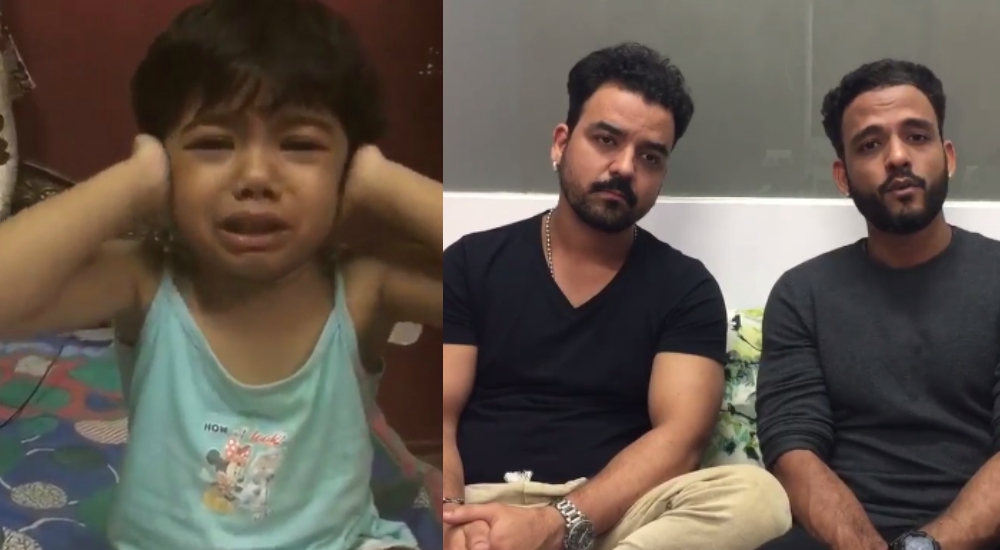 A few days ago, we all came across the video of a little 3-year-old girl, Haya, was seen beaten by her mother while she was trying to teach her maths. The video stirred a storm on social media and it shook a lot of people and a majority of the audience approved it and for a few, it was just a hilarious video. Sad.

Even famous cricketers Virat Kohli, Shikhar Dhawan, Yuvraj Singh shared the video on their respective social media profiles. However, the uncles of the little girl, Toshi and Sharib Sabri, Bollywood singer-composers, came forward and confronted the public once they realized how serious the matter has turned out to be.

Here’s what Yuvraj Sinh had posted:

The fact that the pain and anger of the child is ignored and ones own ego to make the child learn is so massive that compassion has totally gone out of the window. This is shocking and saddening to another dimension. A child can never learn if intimidated. This is hurtful.

According to sources, here’s what the uncles had to say:

A heartfelt message for all, for the video of our niece that had gone viral recently, here is us on behalf of her mother whose apple of the eye she is and every family member who loves her. – Thank you Shaarib & Toshi #Love #MotherDaughter #LoveOurNiece

The singers tried justifying the act and clarified the act by saying that video was made for a family group where the mother wanted to show her husband how Haya, the little girl, has become stubborn and that is okay for a child to throw tantrums are

Ek maa ki mamta hai, judgment nahi kar sakte hain. Jisne usko 9 months kokh mein rakha hai. Ab agar bachche zidd karenge toh unko padana likhana chod dein kya? Bachon ko paalna asaan nahi hota. (One can’t judge a mother’s love for the child by seeing a short video. If children throw tantrums, then should we stop teaching them? It’s not easy to raise children). I’m married and have a son. I know how difficult it is to raise a child. Parents have to do double duty by managing both — the children and the household at the same time.

In the end, Toshi and Sharib also pleaded the public to leave the little girl alone as she’s too innocent to be part of all this.

Does this still justify the mother’s act? Let us know in the comments below.

Kapooray Are Testicles – Do You Know What Else We Eat On Bakra Eid? Find Out…
Now Pakistanis Can Say Goodbye to Their Theft and Security Woes, Thanks to This System
To Top