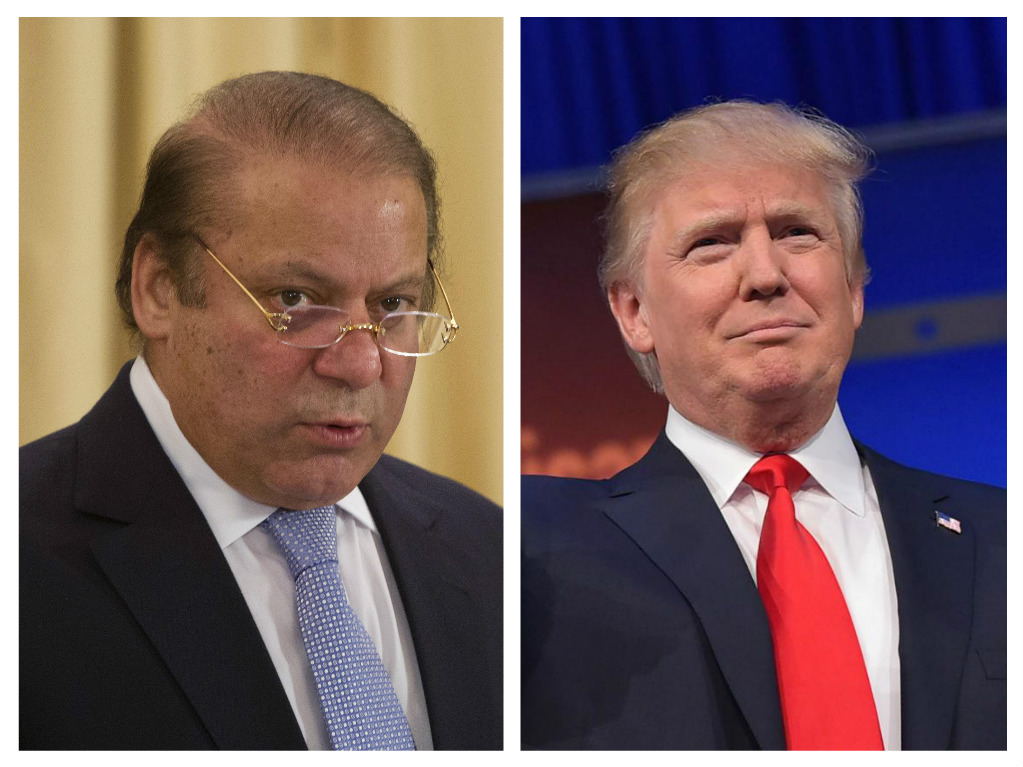 Pakistani Prime Minister called Donald Trump, The President of The United States, on Wednesday to congratulate him on his victory. Apparently, Trump praised Nawaz Sharif and called Pakistan a land of tremendous opportunities.

It was reported by Pakistan government’s Press Information Department in a read-out. The read-out was termed as very ‘candid’ by major American Newspaper, ‘Washington Post’. Here is the complete read-out:

Prime Minister Muhammad Nawaz Sharif called President-elect USA Donald Trump and felicitated him on his victory. President Trump said Prime Minister Nawaz Sharif you have a very good reputation. You are a terrific guy. You are doing amazing work which is visible in every way. I am looking forward to see you soon. As I am talking to you Prime Minister, I feel I am talking to a person I have known for long. Your country is amazing with tremendous opportunities. Pakistanis are one of the most intelligent people. I am ready and willing to play any role that you want me to play to address and find solutions to the outstanding problems. It will be an honor and I will personally do it. Feel free to call me any time even before 20th January that is before I assume my office.

On being invited to visit Pakistan by the Prime Minister, Mr. Trump said that he would love to come to a fantastic country, fantastic place of fantastic people. Please convey to the Pakistani people that they are amazing and all Pakistanis I have known are exceptional people, said Mr. Donald Trump.

Focusing mostly on what Trump said in the call, it stated that after Nawaz Sharif congratulated Trump on his victory, the US President-elect praised Pakistani PM for his reputation. Terming him ‘terrific’ and his work ‘amazing’, Trump expressed his desire to meet the Pakistani PM soon.

The read-out went on to state that the President-elect even said that he felt that he has known the Prime Minister for a long time. Trump then praised the people of Pakistan for being very ‘intelligent’ and also expressed his amazement at the ‘tremendous’ opportunities Pakistan offers. He also revealed his wish to resolve major issues Pakistan is facing.

Donald Trump who has been elected as the president of the United States has been known for his negative sentiments towards immigrants, especially Muslims. During the course of his campaign, he even indicated about banning Muslims from entering the USA. But later, after being elected, he has had a change of tone. He has backed off from several of his extreme promises that he made during his campaign.

Wednesday’s conversation with the Pakistani Prime Minister, Mr. Nawaz Sharif,  further supports the belief that Donald Trump has changed after being elected as the President and what he said during the campaign were mostly mere words to get votes or as we call it, ‘Josh-e-Khitabat’.

The phone call between the duo has been widely reported by both Pakistani and international media due to the nature of the conversation.

Trump, this week, also stated that he will give up his business ‘in-total’ during the course of his presidency to focus on his job and avoid conflict of interest: a notion that has long been talked about in Pakistan by the opposition regarding businesses owned by Sharif family.

The read-out released by PID concluded stating that at the end of the call Trump then went on to mention to the Pakistani Prime Minister that the PM can call him anytime he wishes even before he assumes the office of his presidency. Trump further expressed his wish to visit Pakistan saying, ‘he would love to come to a fantastic country, fantastic place of fantastic people’.

Urwa Hocane a.k.a Udaari’s Meera Is On The Board Now For Her Debut Song
This Pakistani Online Movie Gives You The Ability To Choose Every Plot Twist!
To Top