Donald Trump Calls For Mediation On Kashmir Between Modi And PM Khan, But He Might Have Betrayed Pakistan!

Pakistan’s Prime Minister Imran Khan and the incumbent government collectively have been making credible efforts towards the liberation of Indian-occupied Kashmir and raising the issue of atrocities faced by the Kashmiris at the hands of the Indian military on an international level.

It has become a worldwide known fact that IoK has been a disputed territory since decades, where the Muslims have been fighting for their freedom, trying to remove the shackles of injustice, police-brutalities and now the revocation of Article 370 stripping the majority Muslims of occupied-Kashmiris of their right to autonomy including special powers. 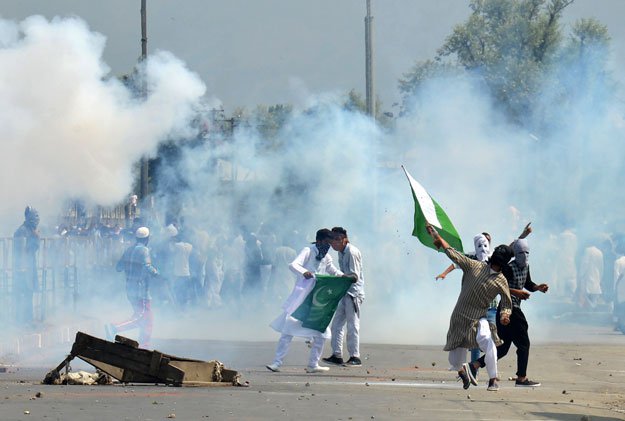 Among the leaders that Imran Khan approached seeking support and alliance against the blatant violation of human rights in IoK, was President of the United States. Donald Trump showed great interest and concern when Imran apprised him about the Kashmir issue at the White House; which was a pleasant surprise. 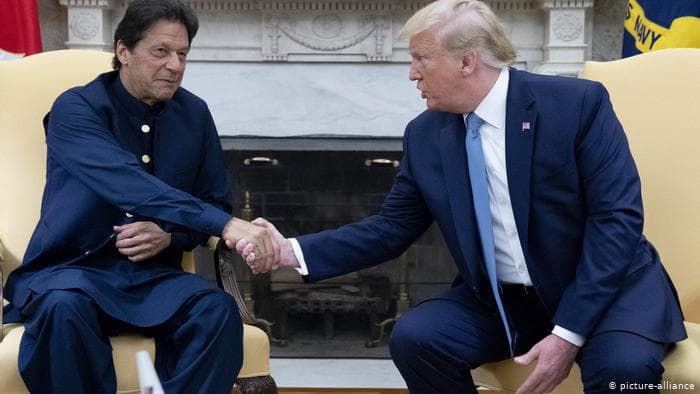 However, Trump seems to have backstabbed Imran by playing the “friendship” card when in fact he was in close association with Modi all along.

President Trump is notoriously known to be unpredictable where one cannot decipher the true meaning behind his words. Hence, this was definitely a wild card Imran played when he recently called Trump again to intervene and basically knock some sense into Modi.

Trump did make the call and tweeted about it, but his efforts didn’t account to much which clearly shows a different picture than what was anticipated.

“Spoke to my two good friends, Prime Minister Modi of India, and Prime Minister Khan of Pakistan, regarding Trade, Strategic Partnerships and, most importantly, for India and Pakistan to work towards reducing tensions in Kashmir. A tough situation, but good conversations!”

Spoke to my two good friends, Prime Minister Modi of India, and Prime Minister Khan of Pakistan, regarding Trade, Strategic Partnerships and, most importantly, for India and Pakistan to work towards reducing tensions in Kashmir. A tough situation, but good conversations!

It is evident that according to his own past dealings with Mexico including his stances on migrants and with the current failed attempt at assisting Pakistan on occupied Kashmir issue goes to show that he is in favor of Modi’s extreme Hindu narrative that involves eradication of the Kashmiri race in India. While he planned to handle Pakistan through his extended friendship to PM Imran. A diplomatic war with Trump on India’s side? Most likely. However, disappointing.

It didn’t take long for Donald Trump to really show how little he really cares for the sufferings of the Muslims in occupied Kashmir and it didn’t take long for Pakistan to figure out the Donald-Modi alliance. The American president wouldn’t mind India getting away with becoming another Israel committing a massacre; raping women, killing children, babies and every human in sight until their Hindutva objective is achieved.

Hopefully, the much-needed international pressure which seems to be the last option other than an outright war comes in quickly before the people of the valley are lost in a genocide that could be happening at this very moment considering there is absolutely no communication or update on the current situation within occupied Kashmir; as the lockdown continues on.

On Rashid Minhas Shaheed’s 49th Death Anniversary, We Remember Some Interesting Facts Of His Life!
Shaneira Akram and George Fulton Were Found Shopping For Groceries And It Was Hilariously Cute!
To Top