The US President Donald Trump will hold two meetings with Prime Minister Imran Khan, according to Foreign Minister Shah Mehmood Qureshi. One of the meetings will be between the leaders in the Oval room, while another with Qamar Javed Bajwa, Chief of Army Staff, attending.

What Are The Benefits Of The Donald Trump And Imran Khan Meeting?

It is said that the meeting between President Trump and Imran Khan will make sure to enhance the bilateral relationship between the two countries while also forcing light on issues like economic success, peace, and stability. Moreover, the PM will be addressing the Pakistani community within the States through an event held in Capital One Arena in Washington.

Qureshi mentions that Pakistan is wishing for the improvement within Afghanistan as well as the neighboring regions because South Asia requires peace. Therefore, he gave reassurance regarding the meeting and the future of the country. He said, “There could be a number of wish lists until the two parties are serious to address issues. We are very clear that we are not stuck in talking-points of the past. This is a new government, this is a new mandate, a new thinking and there would be a new approach. Pakistan’s interests will be given priority,” 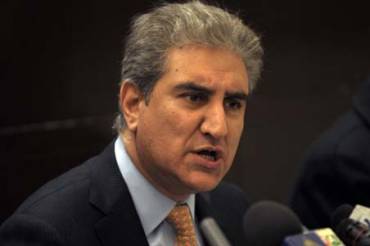 He also further added, “This is a big change in approach. Now there’s better understanding, there’s coordination, synchronization, discussion and trust level; and there’s no trust deficit between the two. Perhaps there was no such trust level in the past that we can witness today,”

About the government efforts, he said, “Efforts done by our government have never been done with any other government in the past. Our solid efforts bore fruit in the US-Pakistan linkages,”

Considering that a lot of citizens believed that Pakistan seems like a puppet for seeking help from the U.S, Qureshi simply diluted those claims. He stated, “Neither have we come here as a bridegroom nor do we intend to take with us the bride. I want to make it absolutely clear here, we have not come here to beg,” 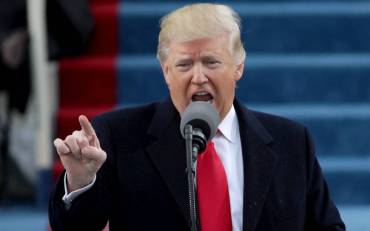 After mentioning Afghanistan, Qureshi also brought in the ties with Iran. He addressed that as Pakistan has a significant border with Iran, it wishes for its peace. Not to mention, tensions with Iran can ultimately affect Afghanistan and the U.S. Additionally, it appears that Iran-US issues are in discussion to witness a change and settlement.

Instead of focusing on pointing fingers at Pakistan Tehreek-e-Insaf (PTI), the citizens should be diverting their attention towards the betterment of the country first. “Did any of the [prior] governments raise the Kashmir issue as we did?” on a lighter note, “Washington pitch is fast but Imran Khan is used to playing on fast pitches.” Qureshi topped it off while supporting the government.

Whether or not the particular issues between the countries can be resolved or not is still unclear. However, time will surely tell.

What do you think of the situation? Do you believe that these two meetings would be able to benefit Pakistan in any way? Or will it just be concluded as another short meeting between countries? Share your thoughts.

The World Is Laughing At IAF Pilots’ Fitness Level And French Rafales Might Need A Bigger Engine To Carry Them!
Prime Minister Imran Khan Promises to Put the Corruption Money to Good Uses In his ‘Ehsaas’ Program!
To Top