Apparently, the impeachment case by the House is a stain in Donald Trump’s legacy and his ego. The US President doesn’t like the move of Democrats and harshly responded about it. But his words won’t make any impact until he faces the trial.

A new development was reported when the articles of Trump’s impeachment case was delivered to the Senate for triggering a trial. It’s a historical moment as the president of a “Super Power” is accountable for his moves in front of the Senate. However, if he gets 67% Senate votes against him then he has to resign as President of the United States. 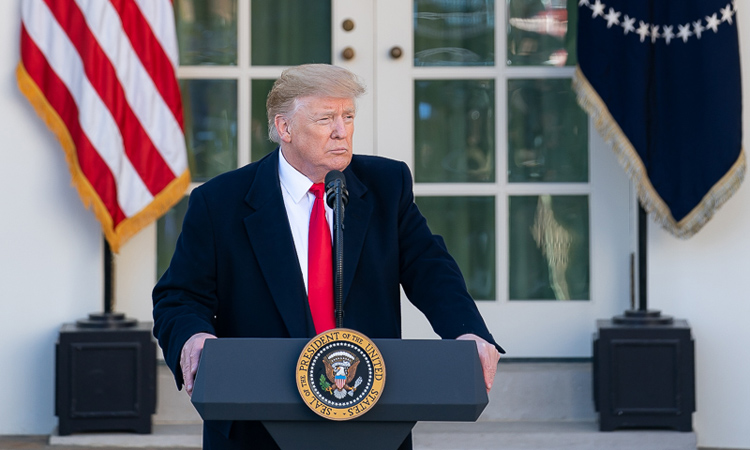 A Historic Trial That Threatens Trump’s Removal From The Office

A memorable event happens when a United States President is impeached by the House Of Representatives. He was among the three American Chief Executives who were formally charged under the constitution’s ultimate remedy for high crimes and wrongdoings. The House voted to impeach Trump for obstruction of Congress and abuse of power related to his dealings with Ukraine. Recently, Trump was in the news for killing Iranian General Qassem Soleimani.

Initially, Trump has disregarded his impeachment as a “witch-hunt”. Moreover, he refused to permit the White House to testify during the inquiry. Furthermore, he also blocked House investigators from obtaining official documents and emails.

After the House voted to impeach Trump, the thoughts were that the articles would be sent to the Senate right away. But it took time to complete the formalities.

However, recently, Republican Senate leader Mitch McConnell announced that “the articles would be formally read to the chamber on Thursday at noon, after which Supreme Court Chief Justice John Roberts will be sworn in to preside over the trial.”

The preparation for the trial starts now and is to begin on 21 January. In addition, 7 Democratic members of the House of Representatives will be performing as managers of the chamber’s case. And the Senators as jury members.

Moreover, McConnell said, referring to the authors of the US Constitution: “This is a difficult time for our country, but this is precisely the kind of time for which the framers created the Senate.”

What Is Going To Happen

According to the constitution of the United States, the Senate is required to conduct a trial. However, the Chief Justice of the Supreme Court will preside over the meeting. A two-thirds majority of Senators will be required for conviction.

In 1986, the upper house of the US adopted rules mandating that impeachment trials. It must run six days a week except for Sundays until concluded. Furthermore, the proceedings must be open to the public until the Senate’s decision.

Although in Trump’s case, the House managers will be responsible for providing the factual information and constitutional legal basis for Trump’s impeachment to the senator sitting as a jury. Moreover, it’s important that all 100 Senators must be present in the Senate chamber with the CJ of the Supreme Court presiding over it.