U.S President Donald Trump Cancelled Talks With Taliban - How Will This Affect Afghanistan?|Parhlo.com

U.S President Trump has decided to cancel the peace talks with Taliban regarding Afghanistan’s on-going war, as they had been scheduled for Sunday.

The decision ended up to be quite sudden as the preparations for the talks appeared to be in the pipeline. However, it remained the last straw for President Trump as the Taliban initiated another attack within Kabul that killed a decent number of people including a U.S soldier. The President was supposed to have a face-to-face conversation with the militant group, but decided to call it quits.

The President took to Twitter to display his concern over the issue. 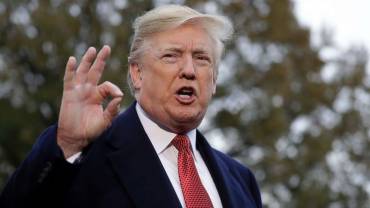 His tweets went on to include, “Unfortunately, in order to build false leverage, they admitted to an attack in Kabul that killed one of our great great soldiers, and 11 other people. I immediately cancelled the meeting and called off peace negotiations” to also add, “They didn’t, they only made it worse! If they cannot agree to a ceasefire during these very important peace talks, and would even kill 12 innocent people, then they probably don’t have the power to negotiate a meaningful agreement anyway. How many more decades are they willing to fight?”

Even Secretary of State Mike Pompeo mentioned this to be a method of retaining an advantage during the negotiation. He said, “We’re going to walk away from a deal if others try to use violence to achieve better ends in a negotiation,’’

President Trump meeting the Taliban is beneficial for Afghanistan, as a country, because it determines whether the nation would be able to experience a decrease in the current war. Moreover, it seems that the U.S troop withdrawal might not be seeing an initiative as this talk’s main purpose was on this particular discussion.

The Taliban mentioned that this sudden cancellation would not be beneficial on America’s part because it could result in the loss of American lives. 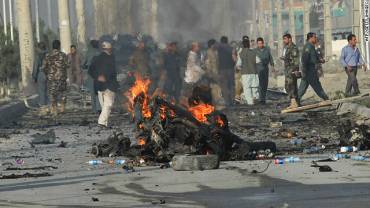 The Taliban spokesman Zabihullah Mujahid said, “Its credibility will be affected, its anti-peace stance will be exposed to the world, losses to lives and assets will increase.”

American negotiators have had about nine talks in Qatar with the Taliban, mostly on the withdrawal of about 13,000 US troops. Now that the agreement between the two forces has come to an end, this will initiate a nightmare, once again, for the people of Afghanistan. This is because the Taliban would end up enforcing their beliefs and governance as usual, which ultimately affects the citizens of the country.

In the midst of it all, none of the leaders are considering the impact of their decisions for the people of Afghanistan who are the biggest victim of the Afghan war. Therefore, this conclusion from the U.S’s side serves as a painful reminder for the Afghanis that peace is still afar.

What do you think of the situation? Do you think that the current crisis within Afghanistan would ever be able to witness an end? If yes, what would be able to trigger that particular change? Share your thoughts using the links below.

A Retired IAF Officer Committed Suicide And Left A ‘Blame Note’ For Indian Ex-Finance Minister!
Rajnesh Kumar Was Killed Allegedly By An EX MPA Of PPP And Pakistan Wants Justice!
To Top