On March 24 this year, the government announced a countrywide lockdown, banning travel for tourism in an attempt to contain the spread of Covid-19. Trout farms seem to be at a huge risk of financial ruin after the pandemic.

Ameenullah has a farm in the scenic valley of Swat in Khyber Pakhtunkhwa (K-P). It has about 15,000 kilograms of trout. Usually, this quantity of fish would sell for about Rs 15 million ($90,000). However, due to the ongoing lockdown, trout farmers tend to be at the risk of losing tonnes of fish and millions of dollars.

This sector heavily relies on demand from tourism but is suffering from restrictions imposed in response to the coronavirus pandemic. “The fear of my impending financial losses is hanging over me like a sword,” Ameenullah told The Third Pole.

Additionally, the trout farm owner also shares that he has been losing sleep worrying that his entire stock of fish might soon go to waste.

“My fish are still lying in ponds because of zero market demand due to closure of hotels and restaurants,” Ameenullah added. The owners of fish farms are not only losing their source of income but also having to spend more money feeding mature fish. 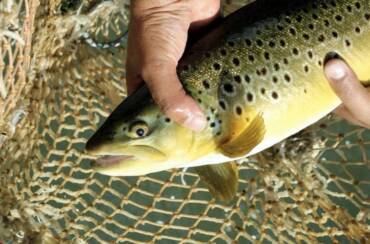 Dependence on tourism turns out to be a grave setback

In addition to this, Ameenullah estimated that his extra monthly costs are around Rs 750,000 ($4,450). These costs come from feeding the fish and paying for five laborers and a watchman. He also added that his lack of income means he has not been able to pay for the recent delivery of feed. 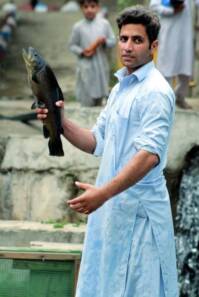 Ameenullah further talked about how back in April the fish were fully grown and ready to be sold. Moreover, the farms run their businesses so that trout can be available between April and August. It turns out that this is the height of the tourist season.

About 1,500 people in Swat depend directly on trout farms for employment, with thousands of others affected via their jobs in hotels, eateries, and shops. 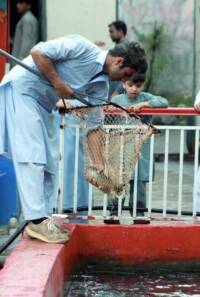 G-B has around 180 trout fish farms, and K-P has 200. Additionally, Swat accounts for more than 150 of these farms. The general secretary of the Swat Trout Fish Farming Association, Usman Ali, runs his own farm. He said each fish farm contains stock ranging between 10,000 kg and 15,000 kg. Further added that up to 300 tonnes of food in Swat alone are at risk of going to waste, which is worth Rs 300 million.

Ali also talked about the cash flow problems as the dealers are supplying fish food to farmers on a loan basis. Besides that, as the fish age and gain weight, they become more vulnerable to disease. Overcrowding in the pools also contributes to problems. Moreover, Jaffar Yahya from the Madyan Trout Training Center, said it is difficult to handle hundreds of tonnes of fully grown fish.

Yahya also added that the only solution is to lift the ban on hotels and restaurants. It will allow tourists to return while following strict standard operating procedures (SOPs) to prevent the spread of Covid-19. Fish farm is not the only sector at risk, Pakistan’s poultry sector is also on the brink of bankruptcy due to the pandemic.

Indian Mob Attack A Muslim Man & Set Him On Fire ‘To Check If He Was Really Dead’
Famous Sports Brand Nike Does It Again – New Ad Suggests It Might Be Changing Islam!
To Top