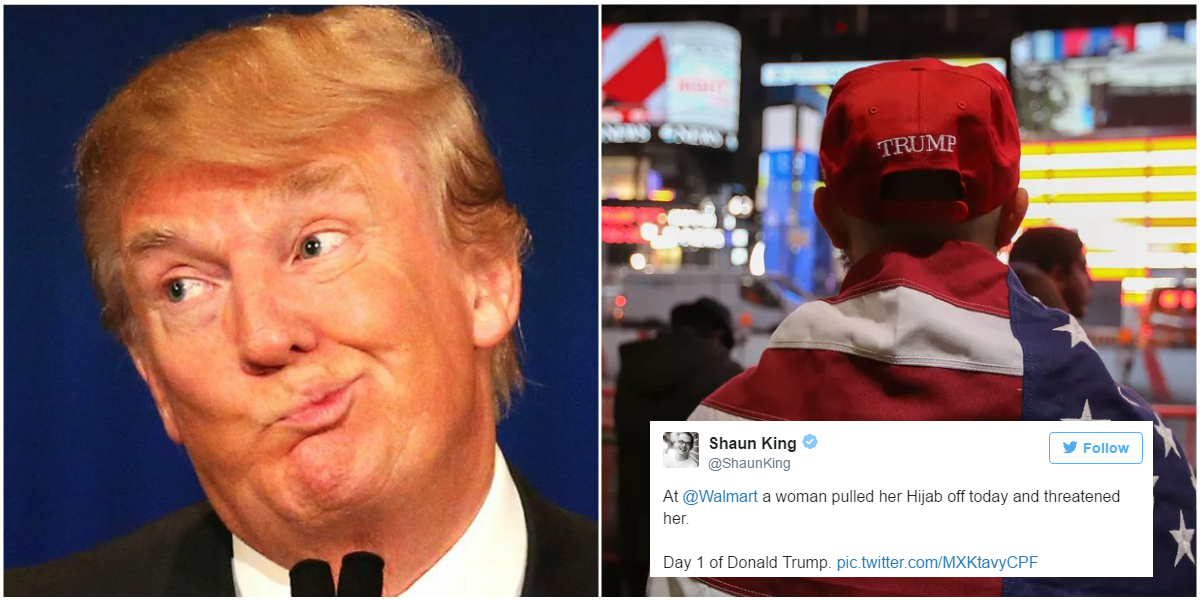 The US presidential elections have been all over the news from the past one day. Given how tough of a choice it was to choose between two of the oddest choices, the Americans voted for the man who had the slogan of “Make America Great Again” – the Americans chose Donald Trump, a man with zero political background and someone who doesn’t respect people, especially the minorities.

In his speeches before the elections, he often mentioned that the Blacks are not a part of America (he hates president Obama as well) and he believed that Muslims do not belong in America either. Here is one example of it:

The video shows how Trump allowed his supporters to mess around with a Black female, tossing her like she is a ball. Not only this, his lack of respect for women, one of them being, “Grab them by their pu**y” gave all the misogynists and racist Americans to vote for him in the first place.

With the first day of America under Trump’s presidency, issues for minorities living there continue to rise. Senior Justice Writer of New York Times Shaun King highlights many in his tweets:

Because He “Looks” Latino?

Minority Students Are In Pressure

Issues For The African-Americans

This Happened Outside New York University’s Prayer Room For Muslims

On the other hand, the Independent US reported that Trump’s plan of banning Muslims from Pakistan has been removed from his website:

Let’s all hope that Trump actually played all the minority-haters just to get their votes and steps up to resolve the matters.