The trophy hunting of markhor is seeing a decline because of the current trophy hunting programme. Markhors have become close to endangered because they were hunted almost every day. It was permitted as that is how the villagers earn a living.

However, now through this programme the animal can be seen within the landscapes often. This makes it seem that their population is seeing an increase. Now, due to a trophy hunting license only four male markhors can be hunted in every season. So, there are restrictions from before and not just the blind hunt of these wild goats.

Trophy Hunting In Pakistan And Why It Is A Good Idea To Limit it:

It is difficult to completely halt the hunting of the markhor because the villages thrive from the money flowing in from this animal. However, trophy hunting in Pakistan has its complications as well. Apparently, Rs 6 million had been stuck in a bank, said Akbar Hussain, The President of the SKB village organization. 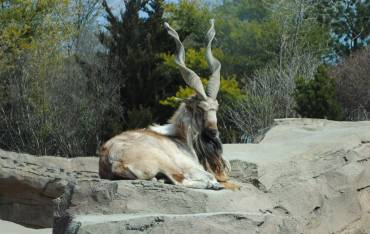 According to the divisional forest officer, hunting the markhor is quite cruel but it bears its benefits as well. He cannot really blame the villagers for wanting to live a fulfilled life. he mentions, “You have no idea how poor these people are and under what harsh weather conditions they survive,” And that is true because no one can comprehend the sick circumstances the villagers have to go through. They will utilize any resource they can for their comfort; that is obvious.

Now, the programme requires the hunters to present a license. “It is considered a grave wildlife offence,” If one commences with the trophy hunting of the markhor without a license then imprisonment is very much possible.

He also addresses that, “We plan to sit with the community members and revise the programme to make the process of funds (sharing) even more transparent than it presently is. At the same time, we want them to have their accounts audited,” to further add,  “Being a regulatory body, the government had every right to demand this from the villagers,” So, under this programme, it seem that the communities receive 80% of the licence fee while the government keeps the rest.

Such steps are important because the markhor is a precious animal to Pakistan and its history. Considering that it goes extinct, it will affect the Earth and wildlife as well. Even if it doesn’t seem like it, animals play an extremely vital role in sustaining the Earth. So, any complications towards our wildlife will result in limitations for humans as well. Moreover, it is just a sad thought that an animal that can be saved is sacrificed for trophy hunting. Many countries are placing bans on the idea of trophy hunting itself; this is going to see an increase because the planet is not in its initial condition anymore. However, the hunt of this animal is necessary for the survival of people. This is why doing it moderately helps in all aspects.

What do you think of the situation? Will this programme work for the best or is a ban better? Is it okay to completely ban the hunting without looking into the conditions of the villagers? Share your thoughts.

A 12-Year-Old Girl, Noreen Was Brutally Raped In Punjab And The Rise In Such Cases Is Terrifying!
Pakistan Gets Back At India After “Free Kashmir” And Banners In Support Of Muslims Fly In World Cup!
To Top