Pakistanis have become prone to using sarcasm and critiques in unethical ways on social media to troll people. May it be celebs or any individual, apparently freedom of speech comes in very secular and restricted forms in Pakistan. Simultaneously, celebrities are always becoming vulnerable to this practice of trolling for either wearing a revealing dress like recently Urwa Hocane did or not being too modern. It is truly sad to see how Pakistanis don’t have a level of moderation, to begin with.

Recently, actress Urwa Hocane looked all dolled-up at a close friend’s wedding reception held in Abbottabad. The young and vibrant star looked breath-taking in her white and gold lehenga and choli. Although she surely looked beautiful on this day, Pakistani trolls found the opportunity to deliver an unneeded lecture on the inappropriate dressing.

Stunning look of #Urwahocane at a recent wedding ❤❤

A post shared by All Pakistan Drama Page (@allpakdramapageofficial) on Aug 15, 2020 at 7:34am PDT

From calling Urwa Hocane shameless for wearing a revealing dress, to quoting Islamic reference books, people were persistent in telling Urwa about how she is destined for eternal damnation. Although it is to note, that the starlet covers her body with a net and golden work studded net dupatta, she is not in her right mind to represent Pakistan, according to these trolls.

Here are some of the worst one’s that Urwa had to bear: 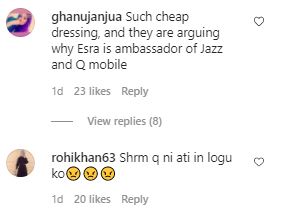 From calling her out on not approving Turkish actress Esra Bilgic in Pakistan, the trolls made sure to school Urwa good for her indecent dress. 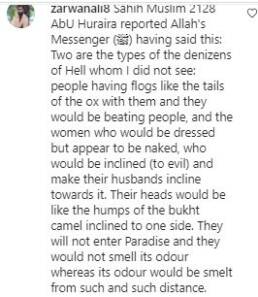 Someone even thought it would be wise to quote Islamic quotes, to prove the ‘shameless’ act. However, doesn’t Islam also state that humanity is based on the principle of ‘live and let Live’?

While some thought it was wise to call her out for being a copycat of Indian celebrities. 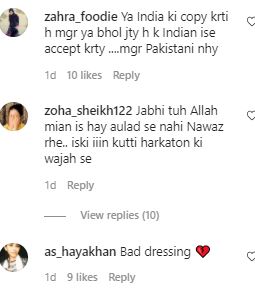 The irony of each Pakistani trolling Urwa Hocane and others

It is in these situations, that we wonder, how hypocritical one ought to be. True, that Pakistan is an Islamic state and it is important to practice it; however, we wonder, why is the rate of social evils such as rape and child abuse increasing so rapidly. How can we be okay with identifying one minor aspect as wrong and the other which is why worse of a social issue as of right?

In addition to that, most of the people criticizing Urwa Hocane for her rather revealing dress, are also the ones, who would crave for an item song in a film? So isn’t the hypocrisy dead then? Or are our decisions so easily fragile and vulnerable that they can’t be withheld to one aspect for long?

And the worst part about trolling is we never understand how it might impact someone’s mental health. Just a while back, Urwa Hocane’s sister, Mawra Hocane was bodyshamed for losing too much weight.

We truly pray and hope that Pakistanis stop this form of cyber abuse real soon. You never know when something might actually hit a nerve and what might hit someone’s weak spot in what way. One way or another, it is time we stop trolling for good.