For the past two decades, Pakistan is stuck in the vicious cycle of terrorism. Mainly, the layer of terrorism struck the country after the 9/11 incident. The layer of terrorism has reportedly killed 60000 Pakistanis. On this date, in 2011, FC training center Shabqadar Charsadda was devasted by twin suicide bombings which resulted in the martyrdom of 67 Frontier Constabulary (FC) cadets.

The then district police chief, Marwat condemned the attack and commented on the sad incident.  “There are five civilians among the dead and four other bodies which had been torn into pieces could not be identified yet,” said Marwat. 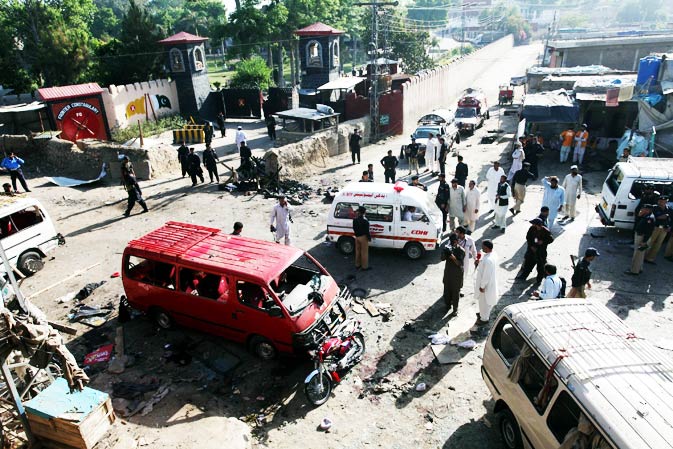 The deadliest attack occurred at around 6:00 am when newly-trained FC cadets, clothed in civilian clothes, were getting into buses for a 10-day vacation after finishing their 6months training at the training center.

Besides, Tehreek e Taliban Pakistan claimed the responsibility of the attack. As per the Taliban, they attacked the FC training center to avenge the death of Osama Bin Laden.

On this day in 2011, around 67 Frontier Constabulary cadets were martyred in twin suicide bombings on FC training center Shabqadar Charsadda.
The cadets, dressed in civilian clothes, were leaving for homes after completing their six months training. #FrontierConstabulary pic.twitter.com/U0uh21Edzd

People on social media remembering the martyrs of Pakistan FC and paying their tribute to them.

Those were the worst years of violence. May that wave of terrorism never return to this land again. God bless those who sacrificed.

‘Not to forget about the families of these young men’

Sad incident…End of training is such a satisfying and rewarding time and to end up losing your comrades is devastating. Not to forget about the families of these young men waiting anxiously for their sons and receiving them in pieces is too much… just unbearable…

‘Will never forget the sacrifices’

The nation will never forget the sacrifices.

Above all, Pakistan will never forget the martyrdom of these gallant and brave soldiers/cadets of Frontier Constabulary (FC). Though attackers have not only damaged the country but the name of Islam too. May they meet the miserable end. Pakistanis have wholeheartedly paid their tribute to the martyrs and promised to never forget their sacrifices.

What do you think of the story? Let us know in the comment section below!

PML-N Thinks Maryam Is Like Ertugrul & its ‘Koi Sharam Hoti Hai’ All Over Again
Shan Foods Aims To Break Social Stereotypes & Celebrate The Women In Our Lives!
To Top