Transit Ads In Pakistan: How 'VWRAP' Is Changing The Game!

With life getting faster than normal, it gets tougher and tougher for brands to gauge the right return on their investment, yet they find ways to attract and attain attention.

Transit advertisement these days becoming a hot trend for brands to get a good return for their investment, due to its popularity among the commoners. 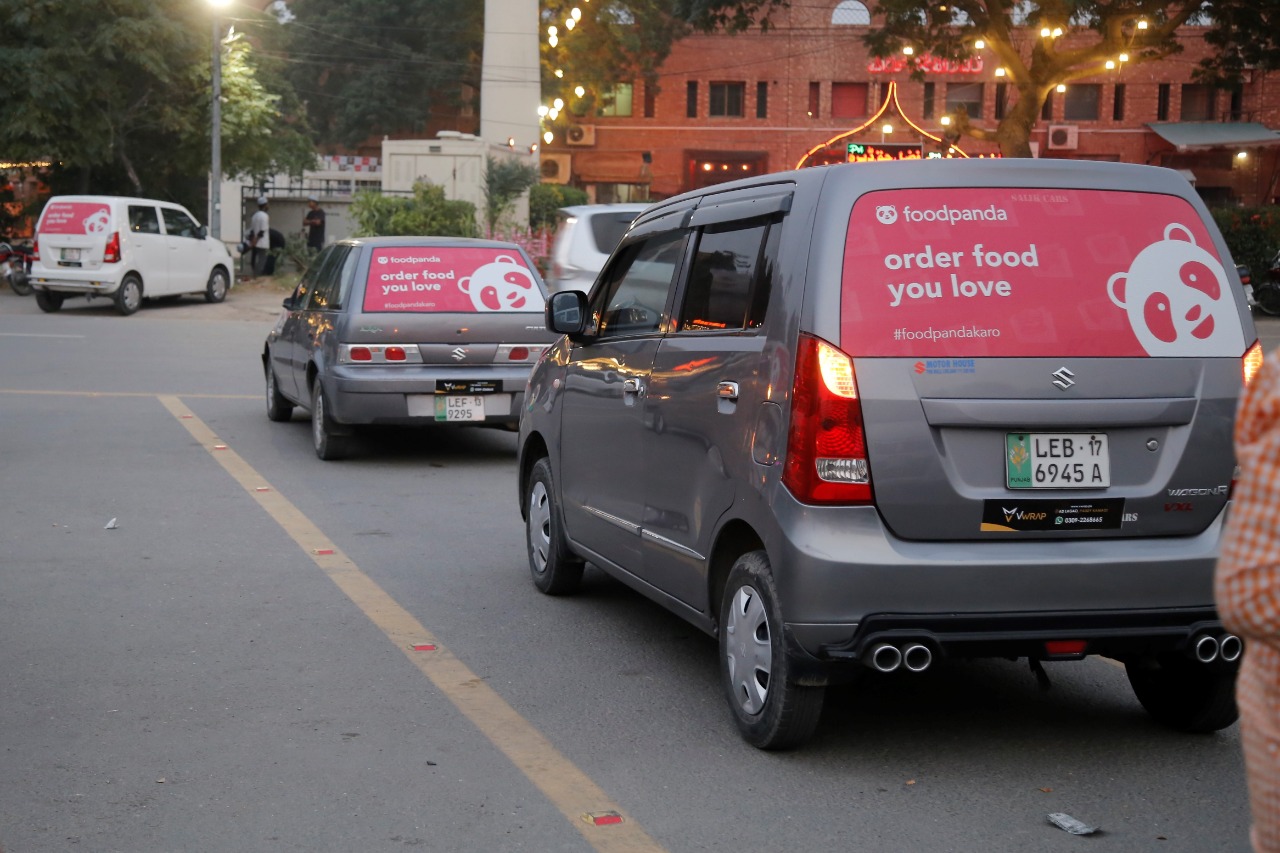 Hammad Ali who daily drives his vehicle using ride-hailing apps for his income, Informed us of its impact during a ride we booked towards our destination.

He said a Karachi based company ‘VWRAP’, recently visited Lahore and initiated a campaign for the famous food delivering app “Food Panda” more than 75 vehicles were wrapped in Lahore itself and it had a great impact and a buzz among the local drivers.

Read Also: Inflow Of Foreign Investments Are Surging In Pakistan!

Every passing car driver used to ask him about the sticker he was carrying on his car’s rear windshield with caption “Order Food You Love’’. After listening to his positive feedback, we decided to talk to the company that initiates such campaigns to get a good understanding of how this business work.

At VWRAP, we interacted with Mr. Maimoon Raza, who is a Certified Serial Entrepreneur from IBA CED. The 25 years old Karachiite founded VWRAP in 2017 after knowing a ban was imposed by the Supreme court to remove all billboards from Government lands and properties as they cause danger to public well being.

Thus, he felt there would be a great need for mediums in the ooh sector as it was a billion rupee industry and its sudden ban would leave brands with very limited options, therefore he decided to introduce the car exterior medium to brands for better exposure and reach in the out of the home market.

In addition, he found it hard initially to convince brands to invest by using the transit advertisement platform but gradually his hard work paid off as he struck a deal with a newly launched FMCG brand “Good Goodies” a cupcake for kids and managed to wrap 50 fully wrapped vehicles for them in Karachi and it turned out to be one of the most successful and satisfying on vehicle advertisement campaign in Pakistan and since there’s been no looking back.

Moreover, the latest Food Panda campaign in Karachi, Lahore, Islamabad & Rawalpindi is proof of that. We wish all the best to him and hope more success stories come out to us in the near future that makes us all proud.. !!