In an impressive move, Rawalpindi Police has made history by recruiting the first-ever transgender as a police officer. According to the details, the transgender Reem Sharif is a prominent transgender rights activist in Islamabad and will now join the police department.

She proved all the skills to become a 14-grade police officer. She will be deployed in Rawalpindi’s women police force and will soon commence her duties.

In this regard, Sharif said, “I am delighted to be in this position. Through this, I will have the option to deal with some of the most pressing issues faced by my transgender community. I knew I needed to live my life and be true to who I was. I need to be honest with myself, and that was coming out as a transgender woman”.

She further said, “I don’t consider this position as a career ladder but as a milestone for representing my community. My presence will make it comfortable for the transgender community”.

Moreover, the Rawalpindi police station has also made a special desk to provide equal rights to the trans community. The purpose is to provide justice to the community who face constant abuse from society.

After years of brutal persecution, transgender Pakistanis gained recognition in 2009 when the Supreme Court granted them special status with rights equal to other citizens. However, still, the community struggles daily with inequality, abuse and sometimes brutality. 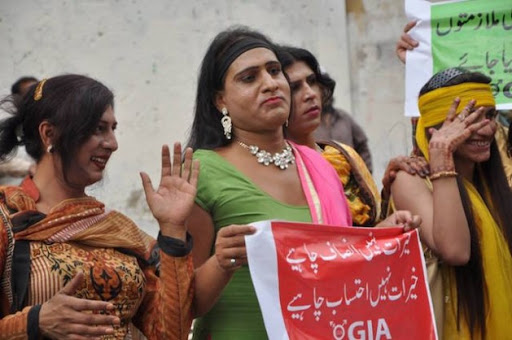 One of the most sensitive social issues of Pakistan is discrimination and violence on the transgender community. Transgenders, also known as the ‘third’ gender, are often considered an abomination by the Pakistani society.

As a society fostering a number of stereotypical taboos and inhumane norms, the Pakistani transgender society has always been the sufferer of oppression and scepticism. Recently, one of the transgender activists raised her voice against the injustice towards her community. She blamed this s0-called Muslim society for making them look gloomy.

Growing up sexually and physically abused as the legal system turns a blind eye towards them. Their lives on the streets are full of derogatory remarks they have to face.

However, this recent move by the Punjab Police is definitely impressive and appreciable. It will set a new example for the people across the country.

Pakistan On The Path Of Self-Destruction After Ease In Lockdown, Warns Dr. Tahir Shamsi
Beware! Phone Scam Asking People For Personal Details On Behalf of SBP
To Top