Instead of the expensive fairs, uneasy journeys and lack of punctuality, most of the Pakistanis considered the train service as the cheapest mode of transportation. For many of them, nothing compares to traveling by train as it is the most enjoyable journey and in this delightful trip for the sake of their amusement, they overlook the difficulties.

But they can’t neglect the record of train accidents which are very common in Pakistan. The old tracks, bridges, and bogies which were inherited via the colonial power were never re-built or renovated. 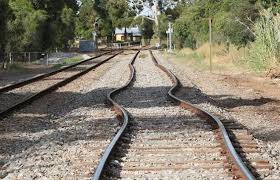 Last night, when the Shalimar Express was moving from Karachi to Lahore, an oil tanker hit the train at Hiran Minar Phatak near Sheikhupura. The oil tanker was stopped at the track due to a fault in its axel. After the collision, the locomotive caught fire which quickly immersed at least three bogies and till the recent report ten were injured and 2 died on the spot.

According to the reports, the wires of the main electric power house of Sheikhupura also caught fire which plunged the city into darkness. The rescue teams from Lahore and Gujranwala rushed to the spot within time and extinguished the fire. Rescue 1122 shifted the injured to the District Headquarters Hospital while emergency was declared in the hospitals of Lahore and Sheikhupura.

Khwaja Saad Rafique, the Railway Minister, expressed his deep sorrow over the tragic train incident at Sheikhupura and claimed that strict action would be taken if any proof of the involvement of Pakistan Railways is found.

This is not the first time. Earlier this year in January, two rickshaws which were carrying schoolchildren, hit a train a Railway Crossing near Jalalpur Road of Lodharan, killing all seven students and the rickshaw driver. In February, a bogey carrying 22 tons of coal went missing which was going to Sahiwal Power Plant.

Pakistan Railways is in dire need of upgradations. Human lives are not as petty as they are being considered. Digital technology should be incorporated in the train management system to increase its efficiency. This is the only way for reducing incidents such as the one in Sheikhupura.