This Traffic Policeman's Heroic Efforts To Save A Child 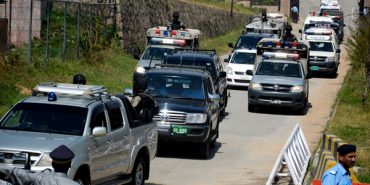 Politicians particularly adopt the VIP culture for security measures. A massive line of SUVs, security forces giving a huge protocol to some important figure is the exact picture of VIP protocol today. The VIP protocol usually comes with a befitting cost.

It leads to massive traffic jams. People being forced to stand in lines along traffic lines for hours and hours. Not only individual time is wasted but a state of emergencies are also compromised. We have unfortunately learned many instances of ambulances being stuck in traffic jams, patients getting abandoned and ultimately losing the battle to life. 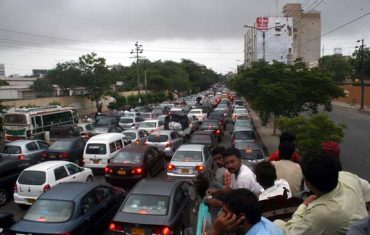 But then, there are some people who realize things can rather be done in a different way. Our elite class just won’t get it, so how about we sort any middle path out? A traffic police warden just did so. He saved a child’s life who was stuck in a traffic jam due to a massive VIP movement. The traffic police personnel broke the movement and let the vehicle carrying the child pass.

Here is how the heroic scene by the traffic police warden took place:

We have a hero among us! People like this traffic policeman are what we need in our society. More power to him and the great man he is.

The traffic warden sets a brilliant example of how things should be done if one does not find a call of favor. Heaps of  praises for him and his effort. This is simply what humanity is and should be. This is one of the most brilliant displays of humanity you could ever watch.

Something so simple won our hearts and we just appreciate this kind man for the person he is! Have you heard of any such incidences? If so, do comment and let us know!

FB Messenger Follows In The Footsteps Of Instagram and WhatsApp!
This Song Walks Us Through The Different Stages Of Going Through A Breakup!
To Top