Do not even think about making a TikTok video in your uniform and while being on duty if you are a cop. A big No, No. An official of Islamabad Traffic Police (ITP) has come under fire for posting TikTok videos of himself during the duty hours.

Rather than enforcing the law, it seems like law enforcement officials are trying to crack down on their officers over their hobbies. They appear to be more interested in policing the social media profiles of servicemen. 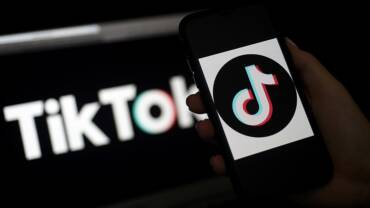 According to reports, a TikTok video made by him during the duty hours surfaced on social media. On Friday, a day after the video surfaced, the Islamabad Traffic Police suspended the police official.

An investigation into the matter to be conducted

DIG Falaki has demanded a report to be presented, followed by a detailed investigation. Additionally, Senior Superintendent of Police (SSP) Traffic Islamabad Farrukh Rashid is to conduct the inquiry.

According to details, it has been alleged that the viral video made by Constable Aftab had been made on July 24 while being on duty. Officers objected to an on-duty officer making TikTok videos. Moreover, the video had drawn ire due to the police uniform. 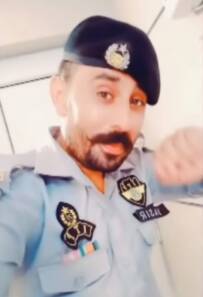 Reportedly, Constable Aftab allegedly recorded the video on his mobile phone in an official vehicle and uploaded it on TikTok.

Action against the traffic cop took place right off the bat for violating the rules and regulations of the force. As per a police spokesperson, all the officers and officials of Islamabad police have been ordered by the Capital Police Chief Muhammad Aamir Zulfiqar Khan not to violate the rules of force. They have also been told to stay away from social media.

What about the off-duty officers?

Although reservations on the matter of policemen making TikTok videos seem to be understandable. We get that there are safety and security challenges involved in what they do. However, these restrictions should not be applied to off-duty officers.

Besides being a psychological hazard, the video-sharing platform has also proved to be putting the careers of the users at risk. Ironic how trivial it is for some to make TikTok video only for the sake of fun, while others ought to think twice before doing so.

5 CTD Officials Martyred During A Raid To Arrest Criminals In Chilas
Turkish Actress Esra Bilgic Has Found Her ‘No 1’ In Pakistan. Who Is He?
To Top