Reflecting upon the gradually stabilizing security conditions of Pakistan, international cricket seems to return home. Since the test series between Pakistan and Sri Lanka was finalized for Rawalpindi and Islamabad, cricket fans are on their edges. However, to ensure proper assistance during Pakistan VS Sri Lanka matches, recently, the Rawalpindi Traffic Police has released the traffic plan to follow.

Rawalpindi Traffic Police revealed the traffic plan to be used during the Pakistan VS Sri Lanka Test series!

Apparently, Sri Lanka has always been a friendly ally for Pakistan and their non-hesitant agreement shows that. Earlier this year, in November, the Sri Lankan team announced their official squad for the Test tour in Pakistan and everyone’s excited. Earlier, Rawalpindi Traffic Police revealed the traffic plan for citizens to follow during Pakistan VS Sri Lanka Test matches in the city.

Tagging Ramiz Raja and Bazid Khan along, Danny Morrison is sure thrilled to see international cricket in Pakistan. Calling the series historic, he wrote, “Historical test series about to start this week… #PAKvSL in Pakistan… I am looking forward to seeing old faces there [Ramiz Raja] and [Bazid Khan] I’m expecting fab bbq’s & the usual tremendous cuisine”.

Rawalpindi to be all lit-up during the Test series!

Certainly, the traffic plan has been created to direct the bypasser citizens towards an open alternative route. The Pakistan VS Sri Lanka Test series is scheduled to happen from 10th December 2019 to 15th December 2019 in different cities. Including the capital city, Islamabad, Rawalpindi Traffic Police have officially released a diversion plan to aware the residents about alternative routes. 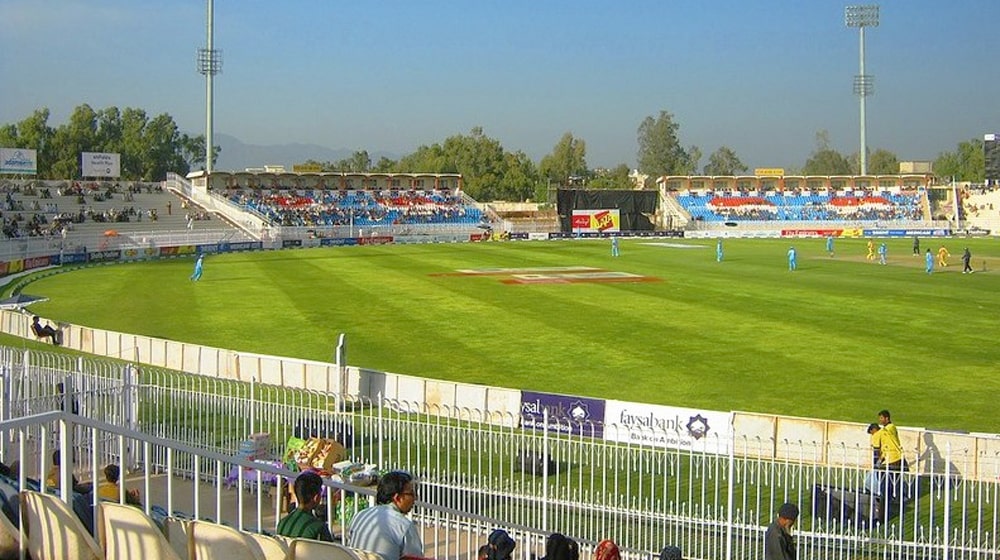 As per the press release, the diversion will be implemented daily from 10th to 15th December in the venue’s adjacent areas. Certainly, because of the match happening in Rawalpindi Cricket Stadium, the city’s Stadium road will be completely closed. Particularly, from 9th Avenue chowk to Murree road, both sides will be blocked for traffic from 6 am to 6 pm till the matches end.

For people coming from Faizabad towards Rawalpindi! 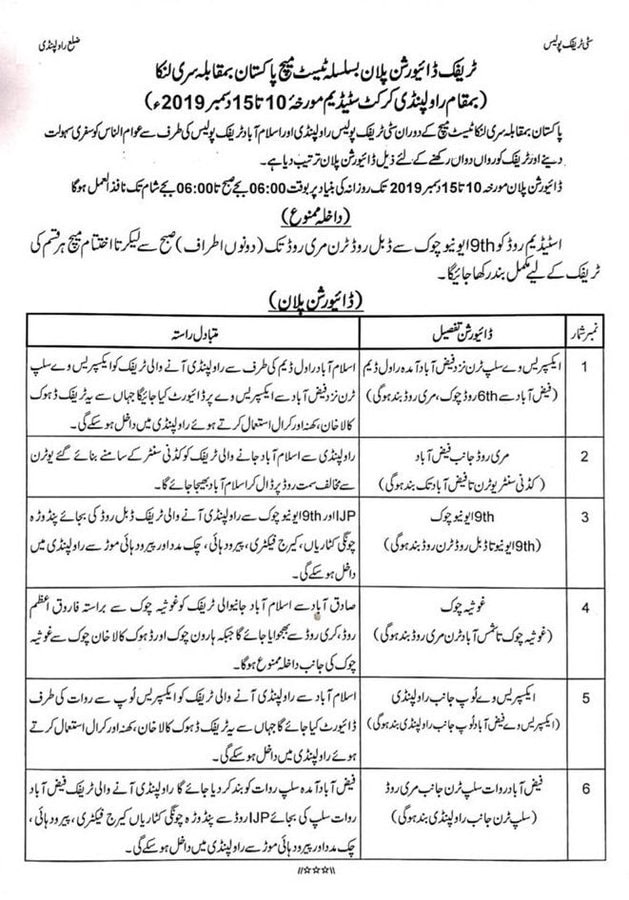 Moving on, the 9th Avenue chowk till double turn road will be cordoned off but there is an alternative route. As per orders, the traffic flow from 9th Avenue to Rawalpindi will be diverted towards several different places. Cricket crazies will be able to enter into Pindi through the main areas of Pindora, Chungi Katarian and carriage factory.

Citizens to be diverted from Ghousia Chowk to Rawat!

From Ghousia chowk to Shamsabad turn in Murree will also be closed for normal traffic. The drivers can opt for Farooq e Azam road while Haroon chowk and Dhok Kala Khan chowk won’t entertain traffic coming from Ghousia chowk. Second last, the Faizabad loop towards Rawalpindi won’t be open for citizens either but the express loop will divert the roadies towards Rawat. 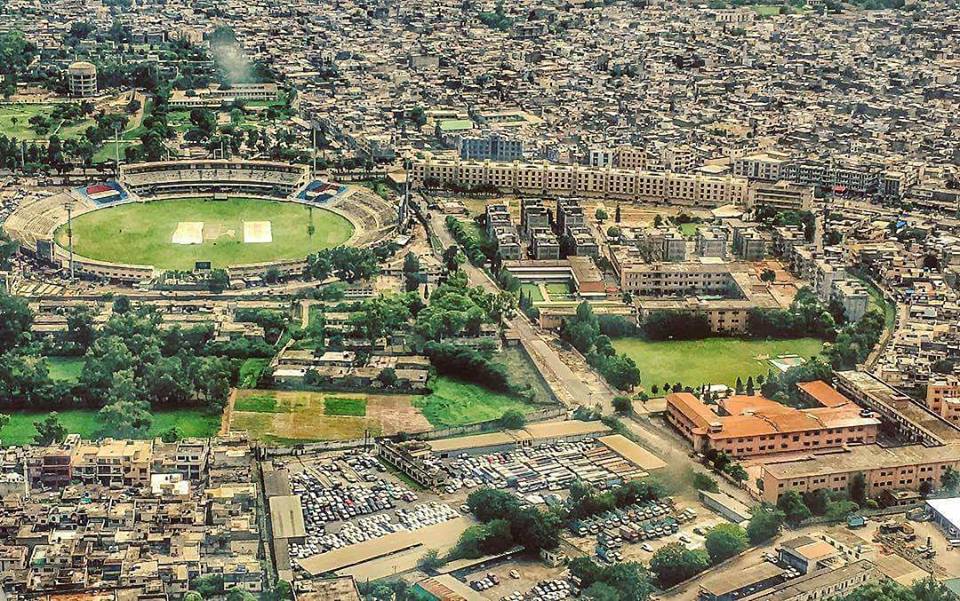 Lastly, the Faizabad, Rawat slip turn towards Rawalpindi will be shut too. Well, the bypassers are advised to use alternative IJP road, Pindora , Chungi Katarian and carriage factory in order to get into Rawalpindi. Eventually, the plan and preparations for the long-awaited Test series between Pakistan and Sri Lanka is all set to lit up Pakistan.

Apparently, the Test series will open more doors for opportunities which can be beneficial for Pakistan. However, last week, Pakistan’s former coach Mickey Arthur became the head coach for Sri Lanka and the game is on. Hopefully, the released traffic diversion plan will help the citizens from all the road fuss and chaos while the matches get played.