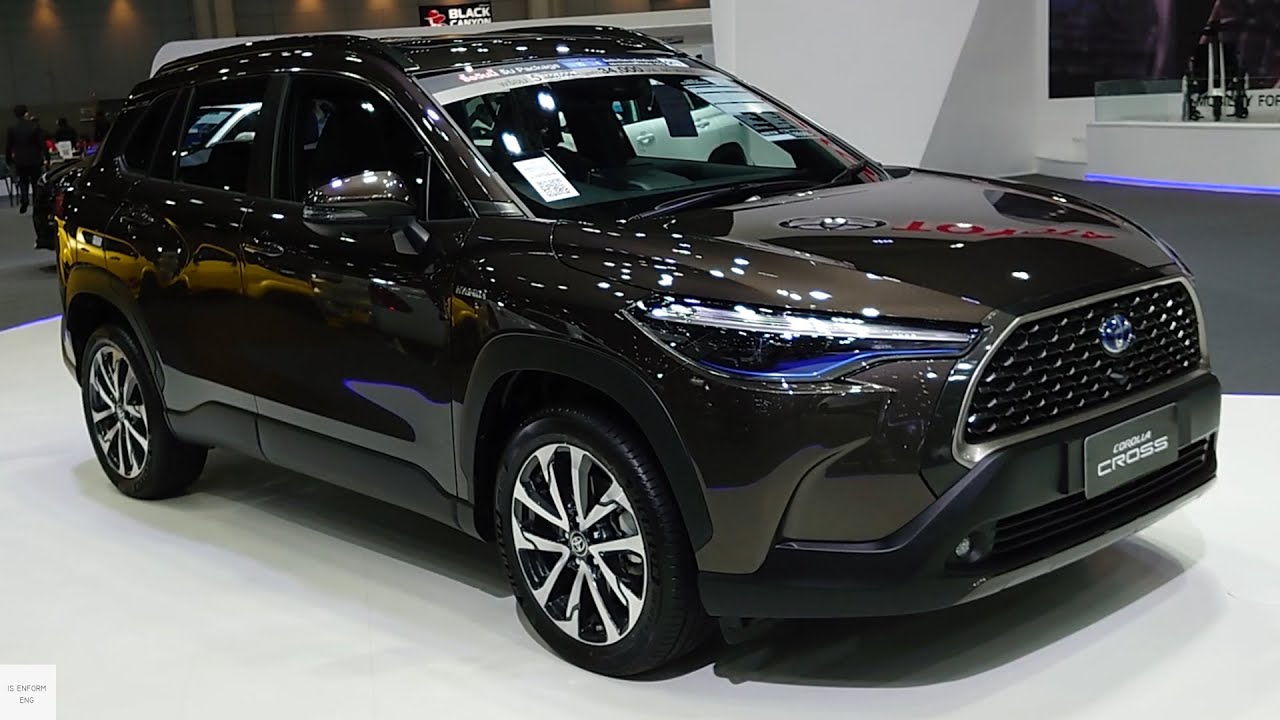 The Toyota Cross comprises of three different variants. All the variants feature a 1.8-litre, 4-cylinder hybrid petrol engine. The capacity of the engine is 1798cc. It produces 305 Nm torque at 3600 RPM and 168hp at 3600 RPM. Toyota Cross offers direct shift CVT transmission.

The vehicle also comprises of McPherson strut suspension in the front. Moreover, it has torsion bar coil-spring suspension at the back. When it comes to the brakes of Toyota Corolla Cross SUV, the vehicle’s front comprises of ventilated discs with solid discs at the back, an Anti-lock Braking System (ABS), Electronic Brakeforce Distribution (EBD), and Brake Assist (BA) Technology.

Toyota Corolla Cross has 7 airbags. This includes driver, side, curtains, passenger and drive knee in the high-priced variant. On the contrary, the low-priced variant has dual airbags.

All versions of the SUV will have ABS, VSC and also Hill-start assist. Electronic brakeforce distribution (EBD) along with brake assist is also included. The car also has an immobilizer. is standard. The base model has two rear parking sensors while Mid & High will get front parking sensors as well.

On the other hand, the low-end variant comprises of fabric seats, a basic audio system with CD/BT as well as Single-Zone Auto climate control. However, it does not have any AC vents for the rear seats.