Protest In France and Tough Questions For Modi In G7 Summit|Parhlo.com 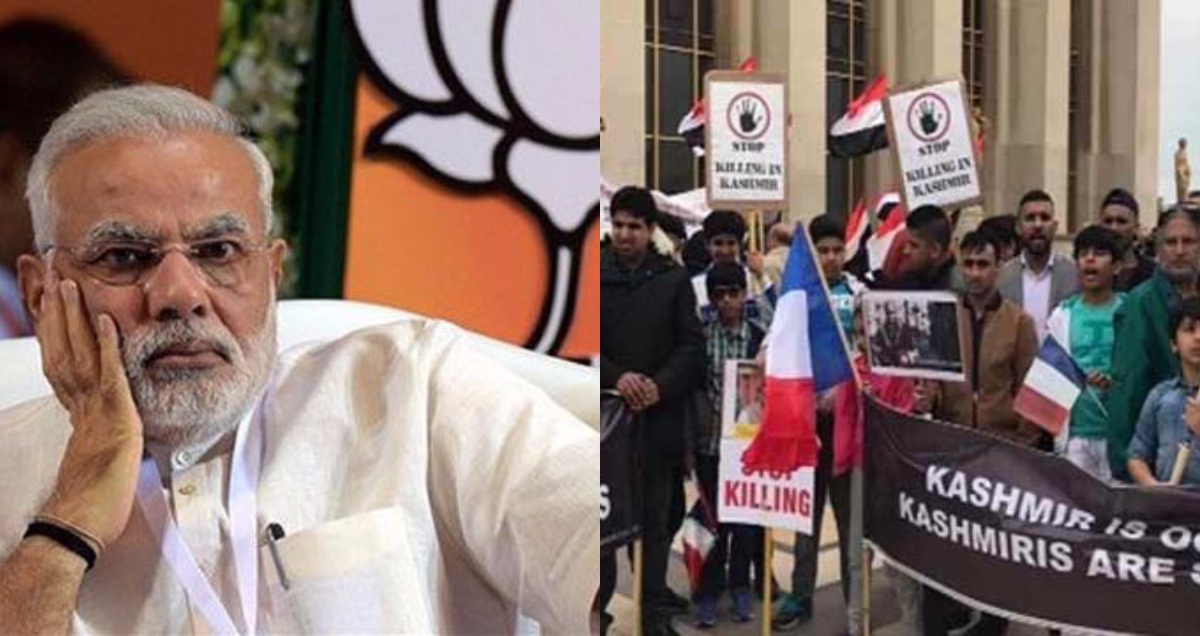 The recent summit of Group of Seven (G7) was not welcoming for Indian Prime Minister Narendra Modi. Many protestors protested on arrival of Modi in France. Modi will face tough questions in his meetings with leaders of the world.

The Group of Seven (G7) is a global intergovernmental financial organization, which consist of seven largest International International Monetary Fund (IMF) reported advanced economies around the globe: Canada, France, Germany, Italy, Japan, the United Kingdom, and the United States. Besides, during 1997 and 2014, Russia was also a member of the group and it was known as the Group of Eight. 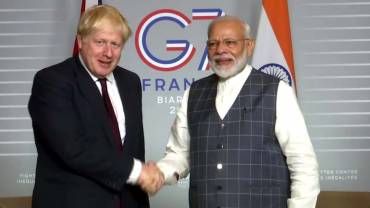 The situation of Kashmir, got worst after Modi government revoked article 370 and 35 A form Indian constitution, revoking the special status of Jammu and Kashmir.

Many protestors protested on arrival of Modi in France. In front of Eiffel tower, Paris Pakistanis and Kashmirs heavily protested. The protestors chanted in favor of Pakistan and Kashmir. They also called India as a terrorist nation owing to the current government.

While someone was on a visit there….in France. pic.twitter.com/uKIcz9dvA3

Earlier, President Emmanuel Macron urged Narendra Modi to preserve the rights of Kashmiris and said he will also talk to Prime minister of Pakistan regarding Kashmir. 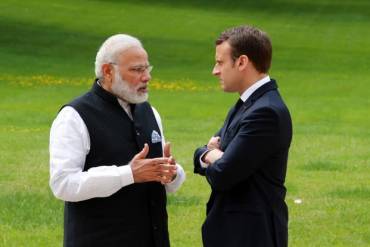 In France, at a press conference, Emmanuel Macron said, “France will remain attentive to ensuring that the interests and rights of the civilian population are duly taken into account in the territories on both sides of the Line of Control [between India and Pakistan in the disputed Kashmir region].”

“I recalled that it was up to India and Pakistan to resolve their dispute bilaterally,” Macron said. “It is the responsibility of both parties to avoid any degradation on the ground likely to lead to escalation.”

According to Indian PM Office, “The Prime Minister reached Biarritz in France, where he will take part in G7 Summit. In addition to the multilateral components of the Summit, he would also be meeting world leaders in separate bilateral interactions.”

Although Narendra Modi, is not a member of the G7 summit, he was invited by the French President Emmanuel Macron.

As per the senior US, official, “The United States is watching the situation in Kashmir very closely. We’re continuing to call for calm and restraint, including on rhetoric. But we note the broader implications of the developments in Jammu and Kashmir, and the potential for increased stability in the region. So the President is very focused on this situation, these issues. And he has indicated that he is ready to assist if both sides are interested in helping to reduce their tensions.”

“Trump would want to hear from Prime Minister Modi on how he plans to reduce regional tensions and uphold respect for human rights for Kashmir, as part of India’s role as the world’s largest democracy,” a senior US official said, ahead of the G7 summit.

The situation in Kashmir is unknown to the world, according to Pakistan, there is a chance of genocide, this is why Pakistan has moved the issue in the UN.

Moreover, the situation got worst after Narendra Modi and his administration did not allow the head of Congress party, Rahul Gandhi to visit Kashmir. Rahul Gandi said, “Situation in Kashmir clearly isn’t normal.”

Modi shall face tough questions from the leaders of the world largest economies. The situation may get hard for Indian Prime minister as Pakistan has clearly mentioned her stance over Kashmir.

Adventurous Honeymooners Out There, This Samundar Katha Lake In Galiyat Is The Best Place To Be!
Shaikh Dawood Of Master Tiles Had An Extravagant Wedding But People Are Asking, “Dulhan Kahan Hai”?
To Top