People In Toronto Hear The Azaan For The First Time And Their Reactions Are Priceless! 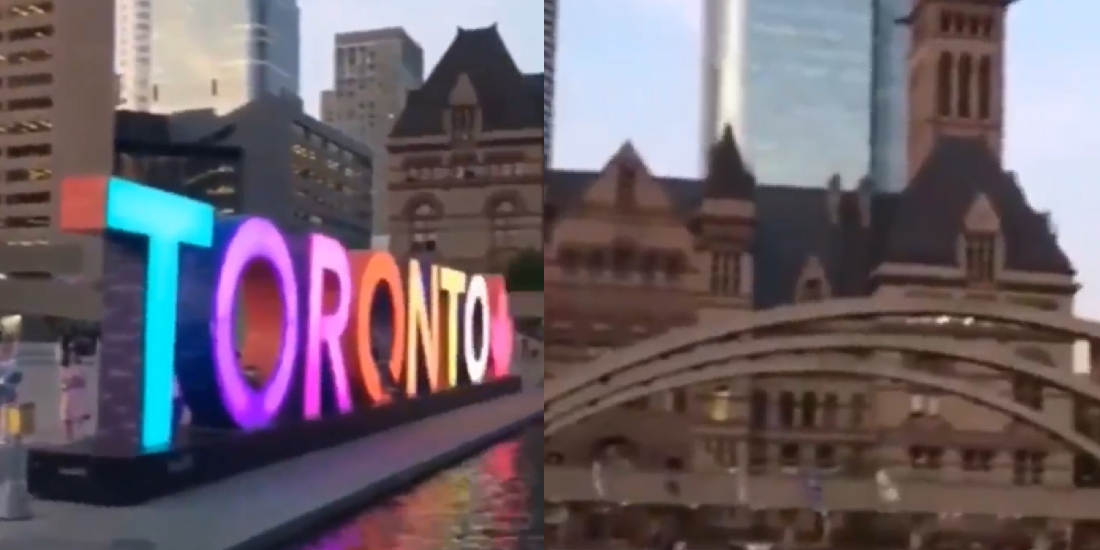 Recently a very famous militant atheist, Richard Dawkins posted a photo on his twitter; where he’s sitting in a countryside medieval church enjoying his time and he wrote;

“Listening to the lovely bells of Winchester, one of our great mediaeval cathedrals. So much nicer than the aggressive-sounding “Allahu Akhbar.” Or is that just my cultural upbringing?”

This made Muslims furious along with many other people; for Richard was thought he was being funny but he did hurt many people’s sentiments.

So, someone on twitter posted a video of Canada having Azaan for the first in Toronto and it’s beautiful

First time the Adhan was called in Toronto during Maghreb, this is my city ??❤️ pic.twitter.com/CKSHGT9vfY

People couldn’t believe their eyes and it was beyond beautiful

I wish they did this in Vancouver too

suddenly i want to live in Canada

Time to move to Toronto I guess pic.twitter.com/X3UI2xba62

*fingers crossed* But upon hearing this not many Canadians seem happy

Is this gonna be a daily thing ?! I hope so

So, while tons of Muslims were happy about it, and few of others were thrilled by the aesthetic feeling Azaan gave; there were others who were quite angry and for it happening. So, one of the women in the thread of the Azaan video called it “Islamic Music” and asked people if that’s legal to be played in public!? Well, surprisingly enough, but this is something of a common knowledge, and a country who claims to be versatile enough should let every religion practice what they want to…

Lindsay Lohan Saying “Don’t F**k With Pakistan” In This Video Has Surprised LITERALLY Everyone!
DG ISPR Asif Ghafoor Takes a Dig At India By Offering Them a ‘Tissue’ and Pakistanis Are Confused AF
To Top