Whether it is the field of science or arts, there is no shortage of talent in Pakistan. In the Lollywood, or showbiz industry the country is making progress with a great pace. The Pakistani actors are enthusiastic and highly skilfull, their acting skills are famous around the world. 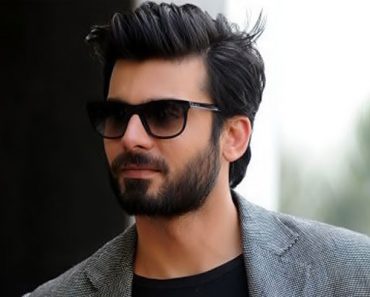 Fawad Khan was born on November 29, 1981, and is the most popular Pakistani actor. He started his career in a comedy show “Jutt and Bond”; thereafter, he found a band “Entity Paradigm” and began his music career. After years, Fawad Khan Began his film career and made his debut as a supporting actor in the movie “Khuda K Liye”, which was released in 2007.

On television, he got huge success in the drama “Dastaan” and Tv serial “Humsafar” along with “Zindagi Gulzar Hai”. He has also received Lux Style award for best actor in “Zindagi Gulzar Hai” and “Hamsafar” Drama serial.  In 2014, Fawad Khan made his way to Bollywood and debuted in the movie “Khoobsurat” and got Filmfare Best male debut award. Later on, he did several movies in Bollywood but after the Hindu Muslim riots in India he was forced to leave the country; “Ae Dil Hai Muhskil” was his last movie in the Bollywood. He tops our list of Top Ten Pakistani Actors list. 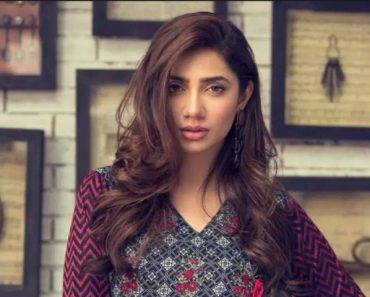 The gorgeous lady ranks at number 2 in our Top Ten Pakistani Actors list. Mahira Khan was born on December 21, 1984, in Karachi, Pakistan. Mahira started his showbiz career as Video Jockey (VJ) on MTV Pakistan, in 2006; after that, she started hosting a reality T.V ” Weekends with Mahira” on Aag T.V. Her film career began with the Shoaib Mansoor’s movie “BOL”, in which she played the supporting role. The movie brought her into the limelight of the main media and played a tremendous part in her film career.

In the drama “Humsafar”, she played the main role and got Lux Style Award for Best T.V Actress. Along with “Hamsafar”, she did multiple Pakistani Dramas and received several awards for her brilliant performance in them. In 2015, she played the supporting role in film “Manto”; in 2016 played a leading role in the film “Ho Mann Jahan” and received best actress award for her performance in the movie.

Her Bollywood career started with the movie “Raees” in which she played the main role with Shahrukh Khan. However, in the wake of Uri attacks, she had to quit Bollywood and India; she returned to Pakistan after the shooting of “Raees”. 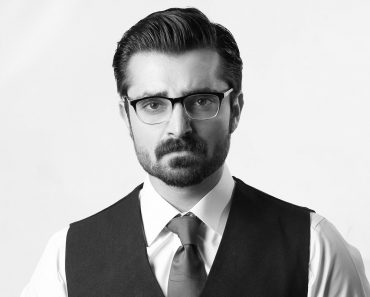 Hamza Ali Abbasi comes third in our Top Ten Pakistani Actors table. The energetic actor was born on June 23, 1984, in Multan, Pakistan. He is an anchor, director and actor. He officially began his film career in 2006 in performance piece “Dally in the dark” and in “Bombay Dreams”. ” Mudhouse and the golden Doll” was his first debut movies as a director. In 2013 movie ” Waar” he played as “SP Ehtisham” and got appraise for his performance in the movie.

He got awards for his performance in the film “Waar “and “Main Hoon Shahid Afridi”. Besides, his drama “Pyare Afzal” made him famous throughout the country. In the movie “Jawani Phir Nahi Aani” He played a comedy role and got ample praise for his acting abilities. Before starting his career as an actor or director Hamza Ali Abbasi qualified Central Civil Service (CSS) exam and got allocated in the Police Service of Pakistan (PSP) groud as an ASP. However, he quit his job for his acting career. 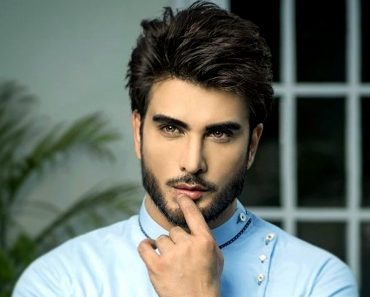 The actor stands at number 4 in Top Ten Pakistani Actors book. Imran, the handsome hunk, was born on October 15, 1982. Imran made his Television Debut in the drama serial “Umrao Jan Ada”(2003) which was showcased on Geo Tv. He started his film career with movie “Anjuman” in 2013, and his debut in Bollywood started with movie “Creature 3D”.

Imran Abbas has graduated in architecture from the national college of Arts (NCA). Imran is one of the Pakistani actors who rejected several Bollywood movies offers for certain reasons. Imran got multiple awards for his outstanding performances in various drama serials and movies. 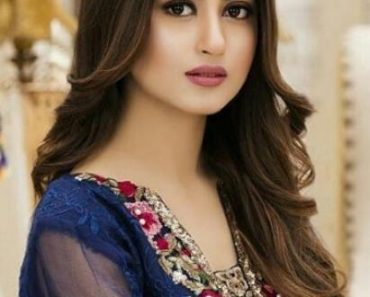 The beautiful lady was born on January 17, 1994, in Lahore, Pakistan. She made her T.V debut with the comedy-drama serial “Naadaniyan” in 2009. After that, she played a cardinal role in the drama “Mehmoodabad Ki Malkain”. Her acknowledged best performance was in the drama “Khuda Dekh Raha Ha” (2015). She has been nominated several times in Lux Style awards.

Her first movie was “Zindagi Kinti Hassen Ha”, which was released in 2016.  In Bollywood, she has debuted with the legendary Sri Devi in the movie “Mom” that was released in 2017; she got praised for her acting skills in the Bollywood. Besides, she has received Hum Best actress award; Popular actress awards, and Best on-screen screen couple award. We ranked her on number 5 in our Top Ten Pakistani Actors List not because of her talent but because of her little age. The lady is extremely talented. 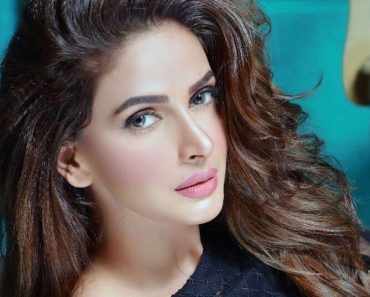 The elegant lady was born on  April 5, 1984. She is one of the highest paid actresses in Pakistan. In 2012 she was awarded ” Tamgha-e-Imtiaz. She started her career in 2005 with the Tv series “Main Aurat Hoon”.  Saba Qamar’s debut movie was “AINA” She has played leading roles in several Pakistani movies and dramas.

Saba Qamar has received, PTV awards, Lux Style Awards, Hum TV awards and many more for her remarkable acts. In Bollywood Saba has played role in the film “Hindi Medium” and “Once upon a time in Mumbai”. She has been nominated in several Bollywood awards and was offered many movies by the eminent Bollywood directors. 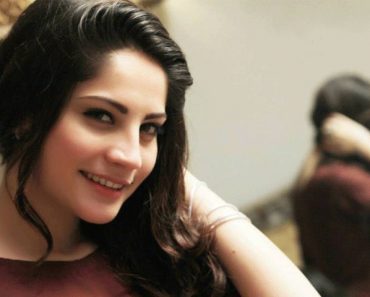 The pretty actress was born on March 20, 1985. She started her career with the serial “Thoda Sa Asmaan”. She has appeared on multiple Pakistani dramas since 2010.  The alluring lady is loved by many Pakistanis for her looks and acting skills.

Her first movie was “Chupan Chupai” – a comedy movie- that was released in 2017. Her upcoming movie is ” Wrong No 2″, which will release in 2019. Neelam has been nominated in Lux style and Hum Tv awards several times for her notable appearances. 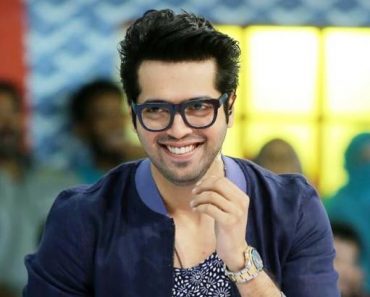 The cute guy is on number 8 on the Top Ten Pakistani Actors account. He was born June 23, 1983, in district Larkana, Pakistan. Fahad has started his career with the serial “Sheeshay Ka Mahal”. He has worked in notable Pakistani dramas and movies. Besides, acting he does, hosting and is a producer of many movies.

Fahad also runs a famous television show ” Jeeto Pakistan” on Ary Digital. He has done exceptional acting in the movie “Na Maloom Afraad”, which is also his debut movie. He has got Best actor male award for his acting in the movie” Shan Mirza” (2017) 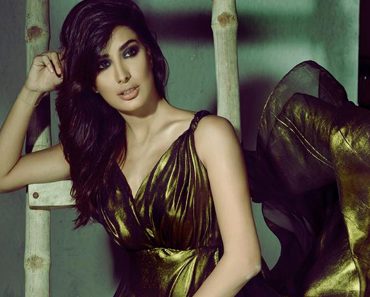 The gorgeous actress was born on January 6, 1983. She began her career with the drama serial “Man Jali” in 2010, and started her film career with the movie ” Inshahalla”. Although She ranks at the number 9 in the Top Ten Pakistani Actors table, the actress has greatly admired for her extraordinary acting skills in the film “Na Maloom Afraad and “Jawani Phir Nahi Aani”. Early this year she has received Tamgha e Imtiaz from the president of Pakistan. 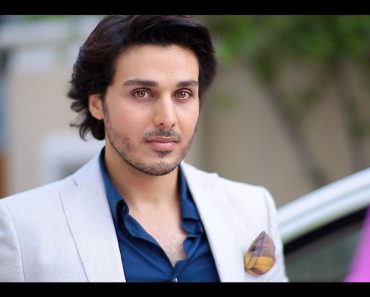 Ahsan Khan is not only an actor but Host, produce and a director. He has hosted a T.V show “Hayi Allal Falah” in 2011. In 2017, he appeared in the movie “Chupan Chupai” and got Lux style award for the Best Actor.

These Top Ten Pakistani ActorsList are the ambassador of Pakistan throughout the world. Their acting capabilities are not only admired in the Lollywood but in Bollywood too.

Read Also: New age Pakistani Songs that you should have on rotation