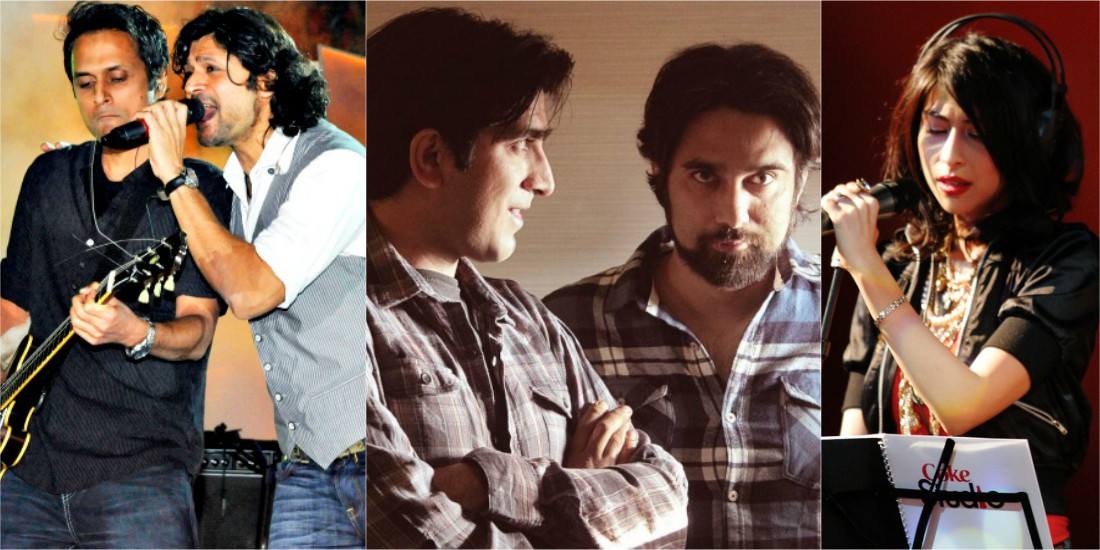 There comes a time when you get sick of commercialized Indian music and the extensively synthesized Western songs. This is when you should try these top notch Pakistani numbers that can be played on repeat for hours.

Mauj is one band that produces original music. Their strength is lyrics. Khushfehmi uses the beauty of Urdu language, describing simple interaction with a pretty lady in the perfect words possible. Guitar riff and drums used in the symphony are very rhythmic.

Omran Shafique, Mauj’s lead singer and guitarist, knows his trade and the perfection shows.Pehaliyan is another outstanding song. Just because the song is in Urdu, its outreach is limited. Only 15 % households in Pakistan speak the language. This is a song to listen to when thinking of ‘the one that got away’.

Bilal Saeed sings in Punjabi and throws in a reference to Ranjaha, the ultimate Romeo of Punjabi people — a perfect combination. Besides that the lyrics are impressive, and music combination very rhythmic.  No wonder it hit a high note across the border as well. Bilal Saeed then followed it up with ‘No make-up’, with a nice, catchy beat. Excellent song to prep you up when chips are down.

Ali Hamza of Noori band produces a soulful rendering of Shah Husain’s masterpiece. The ambiance and music composition add to the depth of the lyrics.  The veena instrument used in the song actually pulls at your heartstrings. Keedar is another gem by Noori. Although nothing beats “Kuttay te Utay” in originality and sheer courage.

The truth in the lyrics and pure originality beats all the modern gadgetry in the studio. Whether ‘ishq ’ refers to God almighty or some mortal being is immaterial. The words are real and speak to people who really listen. This song is for the deep thinkers and is meant to heal turbulent souls.

Baba Bulleh Shah, Sayeen Zahoor’s lower notes, and Ali Noor’s wails come together in perfect symphony here. This is pure soul food, to be played on repeat when you want to relax frayed nerves.

Simply because the video has crossed 100 million views on YouTube and the lyrics appeal to the higher power to come help. It has been repackaged by Coke Studio from an early version sang by Sabri brothers’. This San’aa is to be listened to when you desire divine intervention, to set things right.

Nazia Hassan was a breath of fresh air in times when the female form was a taboo on PTV. Then she was talking of ‘Dosti’, unheard of in puritanical Pakistan. The music had a beat and was high quality. It still ranks very high in pop songs of Pakistan.

The salt-of-the-earth lyrics, modern beats, and Shazia Manzoor’s chords come together in this memorable song. It came out of the blue when there was a very little pop scene in Pakistan. You would get lost in the Punjabi lyrics as the song takes you deep into rural Punjab.

The original version is a lot better the coke studio remake. This is because they tried to jazz it up with a new beat, which completely changed the song. That’s a big no, no in remixes. The lyrics of Anwar Maqsood are outstanding. Bilal Maqsood and Faisal Kapadia should have stuck to making music instead of venturing into production of Coke Studio and destroying both in the process.

This song broke the charts in the underground ethnic scene inside Pakistan. All taxi cabs, buses, and trucks in Pakistan had this song blaring, and I can imagine why? Real lyrics that are 100 % rural Pakistan, ethnic music and a Seraiki dialect of Punjabi that is excellent to hear.

With lyrics of Faiz Sahib is a masterpiece, how can forget it?