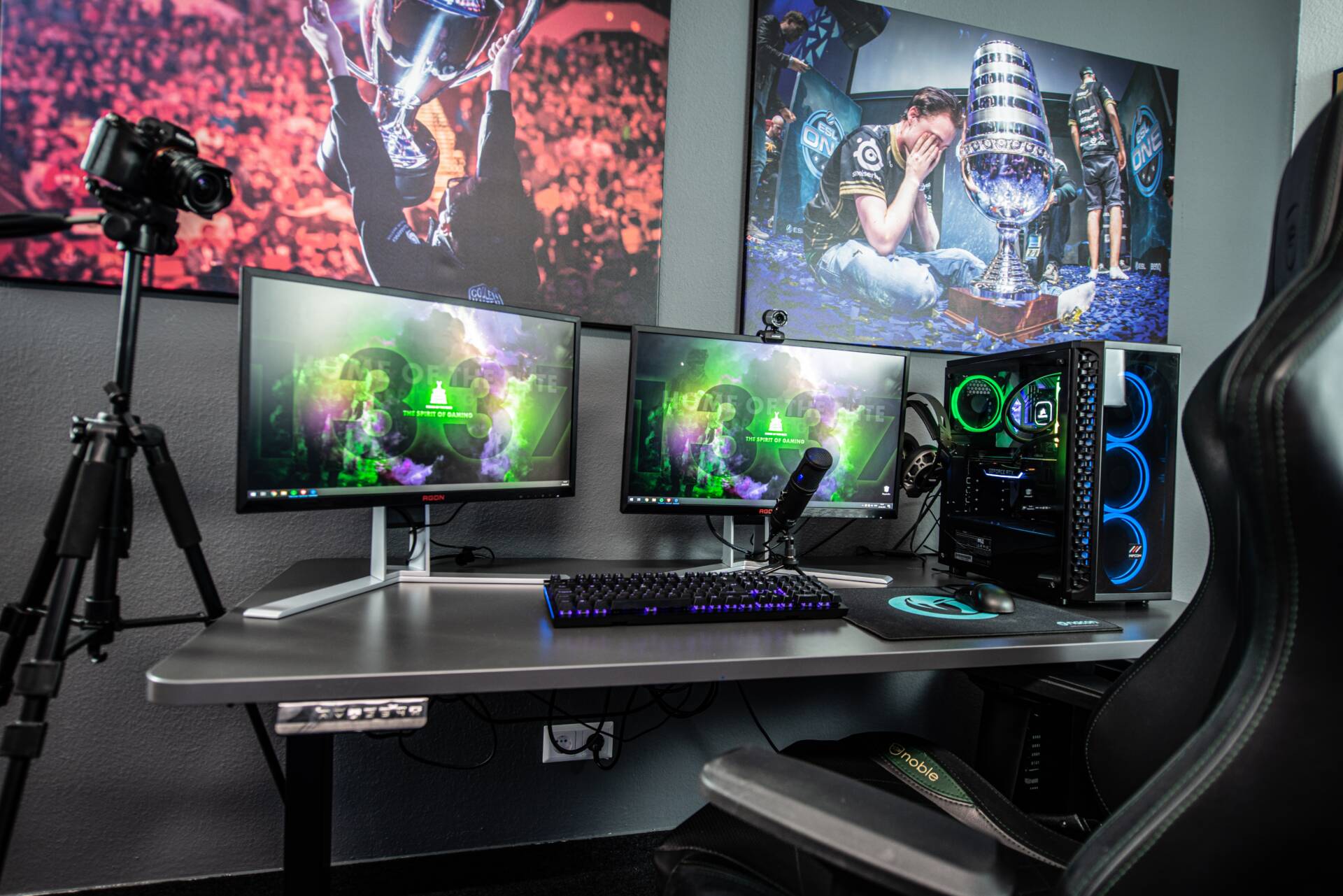 Games from ever since is a very known form of fun and joy. Since this coronavirus (covid-19) thing happened, many people from different age groups find their time utilize by playing online games in this lockdown time-period. Gaming involves people so much that what’s on the top keeps trending, and you must have seen the top 10 games list or ten best classics of 2021 very often.

Most of the new research has shown that online games help people a lot in fast learning, focused beings, good at multi-tan asking, quick at reflexes, and other senses get sharp. Even though contrary studies are available, gaming makes its way as you are entering the digital world—several games mold gamers in an empathetic way, some help in unfolding their analytical skills.

As you have good fat, bad fat in your body, and good sugar, bad sugar in your food similarly, the logic goes with the gaming industry. You do have both options in games.

Top 10 Games to Kill Time With!

Let’s dig into the top most popular classics games that you can play without any delay.

This first-singular shooter game given to the audience by Activision is the sixteenth in the Call of Duty (CoD) series. It gets public in October 2019 for;

The story revolves around a central intelligence agency (CIA) official and British forces collaborating to attempt to save the fictional nation of Urzikstan from attack.

It became the world’s most played and best-selling classics game simultaneously.

This game by 2K sports is about a basketball simulation game. It is a good enough choice for fans of basketball and gamers to witness the improvement they introduced, made this game public in 2019 for:

There are now 27 different ball handlers, which adds some personality and eliminates the feeling of uniformity. Left stick movements are more effective on their own as well instead of having to combine with other controller inputs to make things happen. This makes it to the list of top 10 games!

However, the biggest strategic change has to do with the use of turbo, which is now more limited. Instead of turbo essentially being the default movement, it is now necessary to use it more sparingly and selectively. That results in various moves and blow-bys that are far more effective and better differentiation in players based on size and speed. The only downside is that there are situations where being out of turbo shouldn’t mean the player can’t reach top speed. They should hustle on fast breaks or in recovery situations regardless.

Super smash bros is an ultimate crossover fighting game with a wide variety of features for the audience to engage with the number of fighters and levels. Available for the public by Nintendo.

It really involves the gamer by giving a platform to fight your opponent.

Fortnite has been a huge success, although the game’s format is not unique; there is a prevalence of shooter-type games in the industry. There are variations to its free-to-play business model, but everyone can play a fully functional game at no cost. It’s versatility helps it score a position on the list of top 10 games!

This free-to-play business model set Fortnite apart from its peers and has proven to be one of the reasons for its success. In its first 10 months, it amassed an audience of 125 million players and netted $1.2 billion in revenue. This makes it to the list of top 10 games!

Availability is there for all of you to play, so why not give it a chance and see how it grabs your attention span and how long you can stick to this game. If you have the right game partner, it will surely give you the fun you are looking for.

Among the most popular games online, Minecraft gets its way to number five. It becomes a best-selling game after Tetris. If you are the one who is involved in games with villains and heroes, this game is for you—a great idea of fighting in a block-like structure.

For one thing, it doesn’t really feel like a game. It’s more like a destination, a technical tool, a cultural scene, or all three put together: a place where kids engineer complex machines, shoot videos of their escapades that they post on YouTube, make art and set up servers, online versions of the game where they can hang out with friends.

Minecraft encourages kids to get under the hood, break things, fix them and turn mushrooms into random-­number generators. It invites them to tinker.

The game started with location San Andreas in California, full action adventurous platform where the story revolves around three criminals and their crime to get the power and invade higher authorities. In terms of best-selling, it makes its way to number three all the way.

Grand Theft Auto V for PC features a range of major visual and technical upgrades to make Los Santos and Blaine County more immersive than ever, it is an all time top trending game. In addition to vastly increased draw distances, Grand Theft Auto V for PC runs at 60FPS in 1080p, with the ability to display visuals in 4K resolution. Players will experience a range of additions and improvements, including:

All these features are enhanced by stunning resolution, dramatic improvements to lighting, shadows, and textures, and a smooth frame-rate.

Grand Theft Auto V for PC also includes the new Rockstar Editor, which gives players a full suite of editing tools to create and publish gameplay clips directly to Social Club and YouTube. It is widely popular all time classics, this makes it to the list of top 10 games!

Leagues of legends is also one a fighting games- the top classics, but on the battlefield with teams. The game has a lifelong span, which resulted in it remaining in the highlight of best matches.

League of Legends is a free-to-play game. Its monetization is based on microtransactions via a special in-game currency called Riot Points. Players can purchase champions, champion skins, ward skins, summoner icons, and multi-game boosts. It makes to the list of the top trending games.

In the year 2020, the top classics games took a hype; this game aims to find the imposter who is among you and hidden. It would help if you found out who is betraying all the time without letting any of them know.

I think that Among Us is an educational game where it requires analytical thinking or high awareness to catch suspicious “imposters” to win the game (that is for “The Crews”). Among Us, it improves your social and collaborating skills as it needs you to socialize with the players in your game to catch the murders as “The Crews.” This would be applicable in real lives in situations such as identifying who stole your wallet by identifying who is acting suspiciously.

For the Imposters, Imposters could try to learn not to act suspiciously when “The Crews” are trying to figure out who is the murder. Maybe it would be applicable in real-life situations where you should not act suspicious (I don’t know one, any inputs would be constructive).

I’m trying to say that Among Us is beneficial for our brains and would apply to real-life situations. It is entertaining to play with several of your friends, maybe in sleepover situations.

Mortal Kombat 11 is familiar. I say that largely as a compliment. It’s nostalgic, pulpy, and mercifully self-aware. Combat is punchy, responsive, and engaging. It might be one of the best onboarding platforms for fighting game newcomers. Though it’s weighed down by a stifling stack of feature creep and currencies, the core of Mortal Kombat is thriving in its eleventh installment. This makes it to the list of top 10 games as one of the classics!

Mortal Kombat 11 is the resolution of the ongoing story threads stemming from 2011’s Mortal Kombat, aka Mortal Kombat 9, which rebooted the franchise. Raiden altered the doomed timeline in that game, which had ripple effects throughout the MK universe. Now, years later, as Raiden turns from peaceful defender to preemptive aggressor, Kronika, the keeper of time, has decided to step in and correct things with one simple change: a do-over of all history without Raiden.

The fighting itself will feel familiar to anyone with Kombat experience. A lot of returning faces means fan favorite classics games are here, with a few new folks to add some variety. Geras is a time-bending brawler who has some cool potential for timer-related antics, Cetrion brings some nature-based power, and the Kollector is so weird that I’m excited to see what players can do with his bizarre move list.

Last but not least, Super Mario Odyssey by Nintendo, the super hit super Mario come up with a new version to save the one and only princess peach all the way.

Odyssey is in close competition with Zelda to be the best-looking and trending game on the system, and like that game it is because of art direction and attention to detail, not pure graphical prowess (a resource on which the Switch is rather short). The textures of characters and objects have been given especial attention — the slight fluff of a cloud you hop on, the peach fuzz covering Bowser (weird, but it works), the many costumes, flora, and fauna of the worlds you visit. It is one of the top classics games.

Those mentioned above, multiplayer and single-person games are all loved by the concerned audience and rank themselves in top trending games.

Planning your gaming station with various screens will be amazingly helpful. Gamers can have a few screens relying upon their gaming area’s size. A gamer needs a screen for playing games around and looking into aides and data, and watching films or television arrangements while playing.

A gamer is just in the same class as the stuff, things, gadgets, and peripherals they have. Anything that upsets their ongoing interaction or makes them awkward will irritate their engagement towards the trending game. These things come in different plans and highlights, and some of them can be altered for an additional individual touch. The things mentioned above worth the expense because they are the reason for comforting and calming you and providing extraordinary comfort.

Consider putting resources into these basics that will give you to make the most of your gaming experience. I hope this list of top 10 classics games help you!

In Pictures: Tuba Aamir Once Again Mesmerizes Fans With Her Latest Shoot In Sizzling Red
SHOCKING! 16-Year-Old Boy Killed In Peshawar For Turning Down A ‘Friend Request’
To Top