To The Guy Who Did It! "Tumharay Ghar Mai Maa-Behen Nahi Hain Kya?"

Do we really need to give the reference of ‘Your Maa-Behen’ every time an incident of harassment happens? We say it like there is a need to say it. Loud and Clear. What Atif Aslam did made headlines internationally and he did not do it because his show was being interrupted, he did it as a human being. He would have continued his show, and there would have been a headline: There was the disturbance in the crowd but the singer kept on with his performance.

I don’t get to say, the girl that he rescued should have been rescued by the people next to her. But then again, I wasn’t there. I don’t know what was going on and there might have been two or more victims. 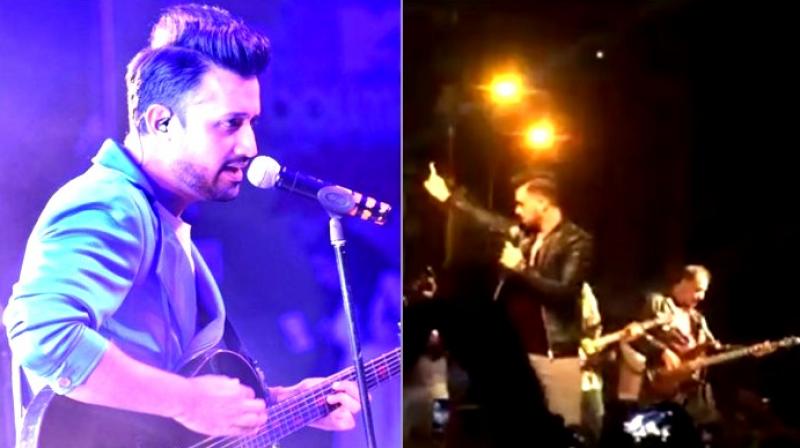 But why Mother-Sister Only?
Let me tell you.

This is an open letter to every single man who thinks it is A-Okay to tease someone and not feel anything about it. We need to remind you that the girl standing in front of you, or next to you or behind you can be your sister.

The same (Or God forbid worst) can happen to her. She thinks that her brother is very protective of her, only if she knew her brother is over protective and lets everyone else’s sister feel his presence that is going to haunt her later.

His mother might be proud of his ‘intelligent’ son, unaware of the fact that he wastes his time in creepy habits. His father tells everyone that their son has a practical approach, but what he doesn’t know that his son’s sick mind has a specific filthy approach towards women.

To the guy who did it, We want you to know that, even if you think your family doesn’t know about your true identity, someone will make sure they know. Not at the moment, not today, but someday.

Your ‘ghar walay’ were under the impression that you were having fun at the concert, but what will happen if they come to know what pleasures you? And even if you don’t care. Fine. Even if you are not sorry. Good Enough. Even if you are laughing at this, no problem.
But let me ask you, Once again: Tumharay ghar mai maa-behen nahi hain kiya?

You don’t have to consider any of this now, What I can assure you, Is this:

If you keep on doing it, Some ‘Insaan ka Bacha’ will make sure you don’t forget.

#Breaking Stereotypes – Girls Can Also Ride A Bike!
Priyanka Chopra Says That Her Favorite Time Of The Day Is Azan-e-Maghrib
To Top