Only a few minutes after a clip of Saba Qamar and Bilal Saeed allegedly dancing in the mosque surfaced on social media, it caused a public outcry. Let alone playing music, dancing is strictly prohibited in a mosque. The short video clip deeply hurt the sentiments of Muslims. As soon as it went viral, both the celebrities came under fire for a sequence shot at the mosque.

More so, we all were quite thrilled to hear the news of the award-winning actress collaborating with the renowned singer. Sad to say, things turned immensely ugly even before the release of the song. In addition to this, the public has been enraged and disappointed to see both the stars failing to pay heed to shoot a music video inside a sacred place. Sigh.

On Friday, August 14, a case also registered against the duo in Akbari police station of Lahore on the complaint of advocate Farhat Manzoor Khan. Saba Qamar and Bilal Saeed are being called out for being downright disrespectful to religion in their controversial shoot in a mosque for the latest music video Qubool.

Tehreek-e-Labbaik Pakistan (TLP) raises its voice against the issue

Even though the actors had apologized previously, the public is not ready to forgive them. Just when the case could not get any uglier, the TLP decided to barge in. In a TLP meeting, Khadim Hussain Rizvi, the leader of the religious party, gave a discourse on the music video. Looks like TLP has found another agenda after the 2017 Faizabad dharna.

TLP has found another blasphemy case to latch on to with #SabaQamar's Wazir Khan twirl. Khadim Rizvi has smelt blood & an easy victim in an outspoken actress and he's going to milk this. This is going to get ugly.
pic.twitter.com/Ejy01LvGAN

No one has yet been executed under Pakistan’s strict blasphemy laws. However, extrajudicial murders and mob violence have become increasingly common in recent years. According to the official statistics, since 1990, at least 77 people have been killed in connection with the accusation. In recent years, those killed as a result of being accused of blasphemy include singers, teachers deemed to be advocating “un-Islamic” practices. As well as the members of the persecuted Ahmadi sect. 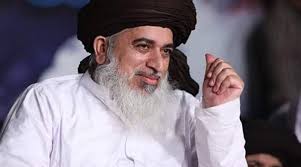 He is known for advocating violence against those accused of blasphemy. With Saba Qamar’s twirl shoot in the Wazir Khan mosque, it looks like he has found another blasphemy case to latch onto. As it appears, TLP seems to get back in the game and continue with its bloodthirsty movement.

Nonetheless, why is the public dealing with this case? Why do we always have to take the law in our hands? Moreover, given that both the actors have apologized and provided their explanations, shouldn’t we be sympathetic enough to forgive them? May they get out of this mess soon!