Video games are becoming a fairly common hobby for a lot of people around the globe. It has gotten to the point that there are specific cafés that are designed to just play games. You can simply pay money to spend hours on the computer and indulge in a variety of different video games. This definitely does sound like a dream for people that generally enjoy games, but playing for long hours has its side-effects as well. This includes video game addiction, also known as the gaming disorder that seeps into a person’s everyday life, causing disruption. So, here’s the complete guide on how you can stop a video game addiction.

Why Do People Get Addicted To Video Games?

Before we dive into the tactics to overcome the addiction, let’s consider the reason why it develops in the first place. The World Health Organization or WHO has declared that obsessing over video games is categorized as a mental health disorder. It is mentioned that such people are unable to participate in normal activities. And they do not have a functioning or productive lifestyle.

Video games are prepared in a way to make you feel included and engaged. For example, completing missions or searching for quests. They tend to have interesting story-lines that incite people to keep on playing. Moreover, the graphics play a significant part as well. 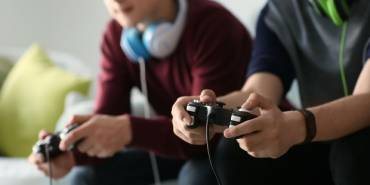 Not to mention, people get to choose their characters and have an entire world of their own where they meet other gamers disguised as specific characters. Gaming isn’t only a side-hobby retained for fun at this point. It has become an online community that people can get attached to, and even if it’s a great stress reliever, it needs to be done in moderation.

A video game addiction also has its set of symptoms like any other addiction that exists. If you think that any of them match, then it is time to better your decisions and focus on moderation. 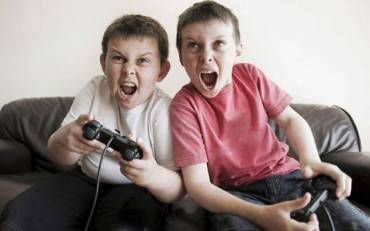 The very first problem that occurs with a video gaming addiction is that people are unable to focus on anything else. Their first priority becomes gaming so they turn away from the other responsibilities that have much value in their life. For example, a child that is so immersed in video games that he doesn’t study for his finals, compelling him to fail. Even though this might seem like a frustrating thing for normal people to see, but addicts are powerless in front of their games.

This is another grave concern that can manifest into social anxiety if it continues for long. Video game addicts find it difficult to leave their houses and interact with others. So, they end up cutting themselves from their friends or relatives. Moreover, they barely interact with their family members that live with them under the same roof. They also tend to get angry and irritated with their siblings or parents.

Unable To Go A Day Without Gaming:

People with a video game addiction are immensely invested in the world that they have created in their game. It remains as the only entertainment and the center of their interests almost every day. Hence, if they don’t find other motivations, it is understandable how they cannot function a day without gaming.

Ways To Stop The Addiction:

Even if the addiction sounds scary or unable to overcome, there are always ways to reduce your addiction. Here are some of the best ways to stop video game addiction: 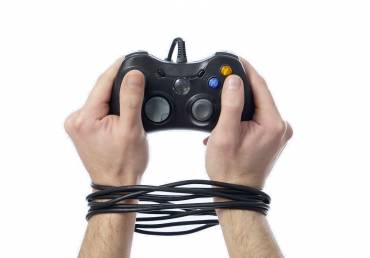 If one is basing their happiness and motivation on one particular factor, then that is even more damaging. It would be the same as telling a heavy smoker to completely quit smoking. It is impossible because their body has gotten so accustomed to it that they go crazy without it. This is why it is important to take breaks in-between gaming sessions. Take a break of one hour or two, or even half an hour, just try to practice participating in something different than games.

Look For Other Hobbies:

Another great option is to look for other options as well. Try to take part in different activities that are engaging and give you the opportunity to stay outdoors. Physical activities will be your best companions to tackle issues like lack of social interactions or getting enough outside air. Once, you move bit-by-bit away from video games, you’d find yourself not relying on them completely.

Get Help or Rely On Others:

Lastly, if one believes that overcoming the addiction on their own is becoming difficult, then get outside help. This mostly involves talking to a therapist as they ensure that your issues are properly dealt with. A professional will essentially focus on you only and come up with the preferred help. However, not everyone has enough money to hire a professional, so in that case, try to rely on friends or family members. Spend time with them and talk about your issues. And while doing so, one also gets to distract themselves from video games.

Nevertheless, it is okay to find some sort of an escape in life, especially when the world can be too overburdening. However, if you are unable to free yourself from the comforting universe that games provide you with, then it turns into an addiction. Everything requires moderation. It is impossible for a person to completely focus on their goals or studies without having to take a break in between. If you never do that then it can put a huge mental strain on you.

Moreover, as that happens, it ends up affecting your work rather than helping you succeed. So, hobbies or an escape are important but moderation is always a necessity.

What do you think of this? Do you know of any other ways on how to stop a video game addiction? Did you find any of these tips as helpful? Share your thoughts using the links below.