Quaid-e-Azam, the founder of Pakistan has always been known for his strong personality traits. He was always very sure of what he says and what he does. He never gave a second thought to have a conversation even with his professor, his competitor or any other person.

Today marks his 143rd birth anniversary and it’s time to appreciate all that he has done for this nation. He was the man who accomplished what was said to be impossible, and who empowered an entire nation! Jinnah knew just what to say with the perfect timing. He made sure that he nails it every time he spoke of something. He had the guts to say what others can’t even dare to speak about.

The first time when it happened was when he was a student. In the University of Lincoln’s Inn, an atheist professor of philosophy kept questioning him about the existence of God but to make a point Jinnah backfired him with the fact of things that no one has seen but they have consisted as to have an existence like cold and darkness to a point where he said; “My point is that your philosophical premise is flawed.” 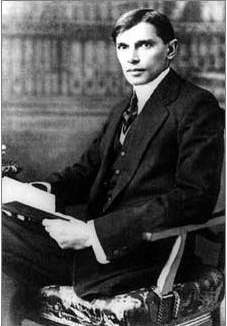 The second time such an incident took place when Quaid-e-Azam was studying law at London University. The time when one of his professors was having lunch, Jinnah decided to sit next to him. The professor being someone who had such hatred for Jinnah abruptly said “Mr.Jinnah, you do not understand, a pig and a bird do not sit together to eat” to which he calmly replied: “You do not worry professor, I’ll fly away”

The third time it happened when he was traveling on a train from Lucknow to Bombay and a girl came up to him and tried to rob him. She threatened him that if he didn’t give him all that he had, she would pull the chain and tell the people that he was abusing her. Quaid-e-Azam being a confident man didn’t reply to her even at her repeating the sentence twice. At last, when she noticed he isn’t replying; she started to leave when Jinnah replied to her: “I’m deaf, I can’t hear anything. If you want to say something, write it down”.

What are your thoughts about Quaid e Azam’s efforts and all that he has done for this country? Let us know in the comments below.